We have arranged it so we can license four new ministers a year and give them six months of preaching experience. We will not license a minister unless they go through our Bible school. We currently have five in training plus 11 local ministers. Our MIT program is a two-year process. We have probably sent off six to eight in 10 years and graduated 40 or 50.

We don’t insist that ministerial candidates get a higher secular education, but we do encourage it because after they are licensed, over 80% of UPCI ministers are bi-vocational. They are going to have to provide for their families. It’s important to get a secular education. Going to a trade school to learn a skill is even better.

We don’t baby our ministers. We test them to make sure they know there is a process to go through. The pressure of materialism is a major obstacle for young people going into the ministry today. They look around and see the prosperity of their parents and friends, and there is a tendency to want to do it the easy way.

Also, some of them have become top heavy: their heads have become too large for their feet. I tell them, “When pride walks on the platform, God walks off.”

Laverne Tyson, Indianapolis, IN — The Lord told me to open our pastors’ school to people of other denominations. There are 40 students of various affiliations.

There is also a smaller, more intimate group of 20 men and women that I mentor. I meet with them more often and in more intimate settings. The areas of specificities are more unique to their positions. Those people are under our covering. When they come up under our umbrella, they sign an agreement. I will only cover them if their lives are in order.

An upcoming class is “How to Start Your Own Media Ministry.” We deal with subjects such as finances, having a working relationship with your official board and dealing with difficult members.

I don’t begrudge anyone who wants to get a higher education in our culture. Some pastors’ expertise demands that they get extra-curricular education and training. Unless people have ‘that piece of paper,’ they can’t get in some prisons and nursing homes.

Of the three churches we have pastored, we have sent nine or 10 into the pastorate over the years out of our womb and dozens and dozens of ministers. We have ordained over 300 people.

Our numbers are up. A lot of them are coming in for the wrong reasons though. It’s hard to find people who aren’t entering into the ministry for the glory and finances. They are caught up in superficiality, and they don’t understand the power and necessity of prayer. They don’t want to wait for anything. Depth comes through prayer and study of the Word. That comes through patience.

John Arcovio, Santa Rosa, CA — Mentorship is when you come alongside someone for a season. Mentees are there for a season and then they move on. Among those I call a mentor group, which numbers around 50, I do a monthly phone call. It’s a time when I share vision and revelation with everyone as to what the Spirit is saying to the Church and to build them in their particular lives and ministries. If they have a very important decision, they call me. They are not what I call a son though. Sonship is a lifetime bond and requires intensive time. In true sonship, the only way a son is released is if the father dies or in the event of a terrible falling.

Glaringly, the first obstacle for people coming into the ministry today is Pentecostals’ rejection of the fivefold ministry. Maybe they are called to the office of apostle or prophet, but they have stymied their gift to do something that may be either a second or third gift, so they are frustrated because there is no fruit.

I’m seeing a great decline in the younger generation, partly due to what Paul said. You may have 10,000 instructors, but there is an absolute drought of fathers. We’ve had a lot of politicians and authorities but not true fathers.

I’ve either commissioned or launched at least 160. I minister to the body of Christ: the independent or whatever, I just want to see young men excited about ministry and the things of God. I have no desire to start an organization. My group is the UPC.

William Love, Charlottesville, VA — I began my ministry under Rev. M.J. Williams about 30 years ago. First, I cleaned the church, mowed the lawn and began to do home Bible studies along with other institutional ministries. I also began a bus ministry. The one thing that today’s young candidates lack is encouragement from their seniors. This discourages and defeats them.

We are currently working with four license candidates and have had the privilege of sending six into the ministry. Our ministerial training program involves teaching them as well as talking with and encouraging them on a weekly basis.

Bible college is very important, but so is sitting under seasoned pastors in order to have a balanced education in Kingdom work. I encourage furthering one’s education on a daily basis through in-home helps, taking courses online as well as exposing oneself to preaching on tapes, videos and recorded media.

We live in a secular world, so secular training is needed as well as spiritual training. I strongly believe in education. It’s important that we understand the people in order to love them like Jesus does.

We are seeing more men, especially younger men and women desiring to enter ministry. A lot of new entries are looking for a pulpit ministry to get, instead of making one. High-tech has its value but will never replace a one-on-one contact. The way Jesus does it will not change. 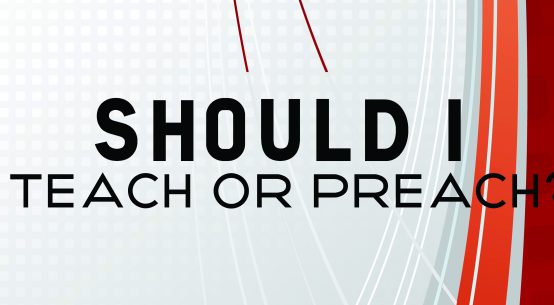