A young girl went to her pastor and confessed that she feared she had incurred the sin of vanity. “What makes you think that?” asked the minister. “Because every morning when I look into the mirror I think of how beautiful I am.”

“Never fear, my girl,” was the reassuring reply.” That isn’t a sin, that’s a mistake.”

Two men fishing on Sunday morning were feeling pretty guilty, especially since the fish didn’t bite. One said to the other, “I guess I should have stayed home and gone to church.”

To which the other angler replied lazily; “I couldn’t have gone to church anyway. My wife is sick in bed.”

Hoping to develop his son’s character, a father once gave him a penny and a quarter as he was leaving for Sunday school. “Now, Bill, you put whichever one you want in the offering plate,” he said.

When the boy returned, his father asked which coin he had given. Bill answered, “Well, just before they sent around the plate the preacher said, ‘The Lord loveth a cheerful giver,’ and I knew I could give the penny a lot more cheerfully than I could give the quarter, so I gave the penny.”

A resourceful missionary fell into the hands of a band of cannibals. “You’re gonna eat me, I take it,” said the missionary. “Well, you wouldn’t like me.” He took out his pocketknife, sliced a piece from the calf of his leg, and handed it to chief. “Try it and see for yourself,” he urged. The chief took a bite, grunted and spat.

The missionary remained on the island for fifty years. He had a cork leg.

The Sunday school teacher had just described how Lot’s wife looked back and suddenly turned into a pillar of salt.

“My mother looked back once while she was driving,” contributed little Johnny, “and she turned into a telephone pole.”

A hat was passed around a church congregation for taking up an offering for the visiting minister.

Presently it was returned to him — conspicuously and embarrassingly empty. Slowly and deliberately, the pastor inverted the hat and shook it meaningfully. Then he raised his eyes to heaven, lifted the hat up to God, and exclaimed fervently, “I thank thee, dear Lord, that I got my hat back from this congregation.”

There was a certain energetic, young preacher who had a thriving country church. He was always prodding his people to do greater things for God. He spent much of his time in preparation of his sermons.

In his church there was a deacon who did very little and seemed to care less. It caused the young preacher much concern. On several occasions the preacher would tell him exactly what he thought. The old deacon never caught the point. The old deacon always thought he was referring to someone else.

One Sunday, the preacher made it even plainer as to whom he was talking. Following the service the deacon said, “Preacher, you sure told them today.”

The next Sunday it rained so hard that no one but the deacon came to church. The preacher thought that he would now surely know about whom he was talking. The sermon went straight to the deacon who was the only one in the congregation. Following the service, the deacon walked up to the preacher and said, “Well, Preacher, you sure would have told them if they had been here.” 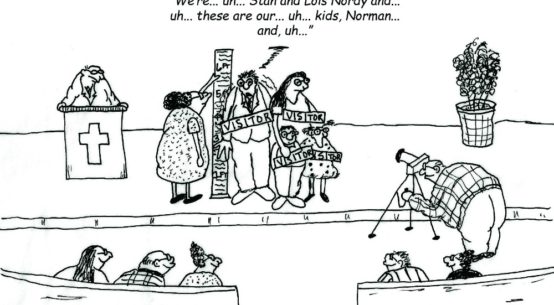 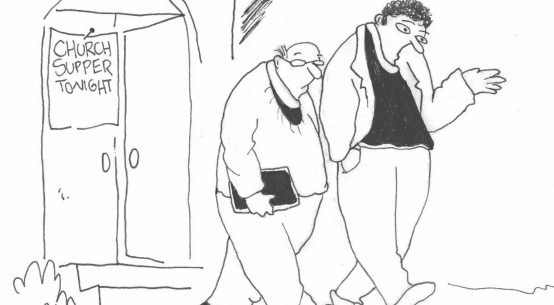