I get calls every week from pastors asking for advice on ministering to homosexuals. For their benefit, let me offer the following advice: First, realize that the way to help homosexuals is to get to the basics of when he is committing these sins and why. When he recognizes these things, he can better control it.

Next, understand that it’s difficult for men to counsel homosexuals. That’s because male homosexuals sometimes become agitated with other men, and will often respond,

“You act the way you want and I’ll act the way I want.” But a woman can tell them, “Hey, I resent you trying to be like a woman,” and they understand that. Plus, a women’s attitude usually is:

“If this were my son, I would want someone to have compassion on him.” Because of this, recommend that you pick a mature woman to counsel the homosexual.Finally, tell the former homosexual to avoid talking about it with anybody. Because when they talk about it, they re-live it. I prefer that they not even witness to other homosexuals, because then, they may be lured back into that lifestyle.

In all of this, remember that our Scriptural philosophy is I Corinthians 6:9-11: “Such were some of you.” This tells us that there is a cleansing, and thus, there is hope.

The pastor needs to realize, though, that this is a very real problem for many people. He should educate himself as much as possible on the practical elements of counseling homosexuals. There is a lot of information available (books, tapes, articles, etc.) for the concerned pastor. And there are ministries such as ours, Love In Action, as well as Exodus International.

But he shouldn’t stop with educating himself. Since this issue is most often a problem within the congregation, he should educate them as well. I would encourage a pastor to open up this topic to the church at least once a year. He should offer the hope and truth that God is able to empower a person to overcome this problem.

Yes, a pastor should preach on the sin of homosexuality. But he should go beyond this alone and give people tangible material on how to minister to those struggling with this kind of sin.

Great wisdom is required in counseling homosexuals. Each situation may be different in terms of cause or depth of involvement, and must be approached differently. Yet the power of the Spirit is able to change these lives. Pastors must be prepared, however, to monitor, support, and follow up…homosexual converts.

Most pastors aren’t prepared to meet with a person for six or eight months, so I think they ought to refer homosexuals to a Christian counselor. These people need somebody who can get down to the root of the issue and figure out what pushed them this way. The issues are too deep to try to battle on their own.

I’d say homosexuality is less of a problem in Apostolic churches than in others, but it’s still a problem. I am fairly sure that there are more homosexuals in churches that don’t take a stand against it as a sin.

Homosexuality is a spirit that comes on a person. Romans chapter one tells us that it happens as a result of rebellion against God. But if a person is sincere, and will pray through to the Holy Ghost, that often takes care of it.

We must be careful to define homosexuality in the Biblical sense of the word and not the world’s. The world says same-sex desire makes you a homosexual, since they say it’s something you’re born with. But we should remember that the Bible speaks out against homosexual conduct. Remember, a person can still be tempted but not sin.

My advice is to treat homosexuality like you would adultery. After all, they’re both the same kind of sin. You should warn the person involved in that sin that this is rebellion against God. If they choose to continue in it – just as in adultery – then you must cut them off from fellowship with the church to avoid turmoil. 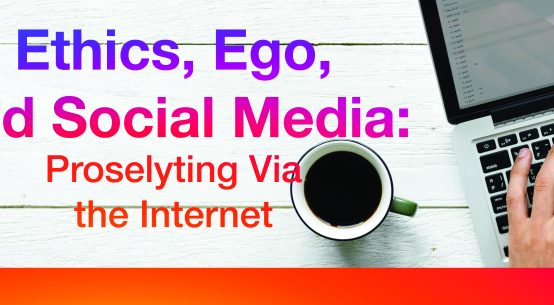