In John chapter 3, Jesus told us that the key to being a part of His Kingdom was to be “born of the water and of the spirit.” Spiritual birth is the business of the Church. As the Bride of Christ, it falls upon us to bring forth new children and to help nurture them in the things of God.

A perfect analogy can be found in the Old Testament story of Hannah and her child, Samuel. Society in Old Testament times dictated that a woman’s purpose was to marry, to please her husband, and to bear children — especially a male child — so that the husband’s line would continue. Regretfully, Hannah could only accomplish two of the three. She married a man and pleased him, but could not bear children.

This fact devastated Hannah. To make things even more humiliating for her, the Jewish law commanded all males to present themselves before the Lord at a yearly feast. During this feast, Peninah, Elkanah’s only child-bearing wife, paraded her sons. At the same time, she provoked and chided Hannah for her barrenness.

Hannah consequently decided that she was tired of her adversary bearing all the children, and she knew that there was only one way to deal with this problem. She would fast and travail before the One she called “Lord of Hosts” — the Lord who had all power at His command.

Too often, the devil chides us, pointing to all the spiritual children he has and points to our inability to conceive even one soul. It is time for us to be like Hannah and recognize our own deficiency and depend on the Lord to help us produce spiritual offspring. Only He can heal our spiritual barrenness.

Hannah practiced intercession; she pleaded with God for the birth of a child. As a result, she was given a promise that she would bear a child for Elkanah. Hannah’s entire countenance changed, as she received the word of God with faith, confidently expecting God to bring it to pass.

Likewise, God wants us to accept the promise He has given to us. He has promised us power to be witnesses; he has promised to give souls when Zion travails. And we can have a confident expectation that He will do what He has promised.

However, Hannah’s example teaches us even more about spiritual childbirth. I can imagine that when Samuel was born, Hannah probably wanted to parade her newborn at the upcoming yearly feast. But since true mothering of children is about nurturing, and not boasting, she resolved not to go to the feast until she had weaned little Samuel.

Likewise, our job as spiritual parents must not stop when a child is born into the kingdom. We are not to win souls just for the numbers or for the sake of ego. It is after the soul’s new birth that the real work of nurturing begins. As Hannah nursed Samuel, so must we “nurse” newborn Christians with the sincere milk of the Word. Before anything else, our new converts need nurturing.

Hannah’s next lesson in raising Samuel was learning to let go. When Hannah had travailed before the Lord for a child, she promised to give him back to God. When the time actually came to take him to live in the temple with the priest, she must have wondered if this was the thing to do. Israel was becoming more corrupt. Even at the house of God, drunkenness, Canaanite fertility rites, and temple prostitution occurred. How could Hannah trust her innocent child to this corruption? Nevertheless, she was willing to entrust her son to the same God who had provided him.

In the same way, our spiritual children are ours to pray for, to train, and to turn over to God. If we’ve done our job well, they will eventually receive their own calling from God to a ministry tailored for them. At that point, we must be willing to let them pursue the will of God for their own lives. They are not ours to use for our egos, but they are created to give glory to God, to further the Gospel, and to bear more spiritual children.

And so, Hannah did eventually take Samuel to the temple, but she did not forget him. She made him a coat each year. She continued on a limited basis to make sure his needs were met.

We must do the same. We must not forget the children we have borne for the Lord. We must continue to provide spiritual coats of encouragement, friendship, love, and prayer.

As for Samuel, he turned out to be a person that any mother would be proud to call her own. He was called by God to be a judge, prophet, and priest in Israel. Indeed, he turned this wicked nation back to the Lord God and to righteousness.

Peninah could certainly not mock Hannah any longer, for she had had a child greatly used by God. And what a name Samuel had left for his father!

Who can tell? Maybe your next spiritual baby will be one to turn our nation back to God. Lord, send the birth pains!

Gary Howard: A Church On The Move! 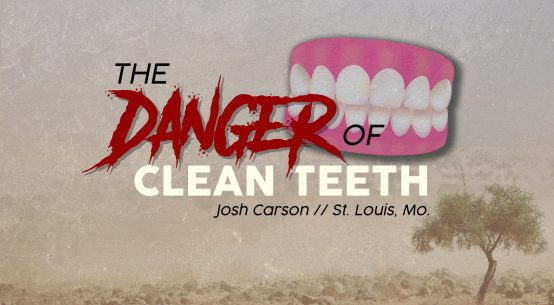