President Richard Nixon spoke of the “Silent Majority.” He, like many others, understood that in America there was a goodness and rightness at the core of our souls; people with right values who loved the country, and who appreciated its ideals.

The problem was that they did not all vote. They did not speak up. They did not participate. They were the “Silent Majority” who perhaps lived in the hop that if they were nice people and worked hard, in the end everything would turn out right. Their silence was often used as a green light for unscrupulous politicians to advance un-American agendas.

Christians may have become the new silent majority. In the name of tolerance and political correctness, they have been unwilling to push for their rights or their views. Their silence acts as a signal to the enemy that the prevailing policy among Christians toward the world is appeasement: and that evil, even when aggressively advanced, will experience little opposition. Christians, in the exercise of their faith, have become chicken-hearted and weak.

Our children, in some parts of the country, are not permitted to carry a Bible to school. Prayer is a no-no. And a t-shirt with the name Jesus on it likely will bring a suspension. Godless schools exist primarily because of silent Christians.

In much the same sense, terrorism, presently the most dangerous enemy of civilization, exist because nations tolerate it. They are silent, fearful, greedy, self-centered and lacking in moral courage. Terrorism therefore is having a field day; but terrorism could be stopped if the good nations of this earth would bind together and stop it.

Resist the devil and he will flee. Conversely, appease sin, false doctrine, worldliness, and homosexuality, and the enemy rejoices. This is not complicated. The enemy will move into all vacuums such as prayer-less churches, powerless preaching, theatrical worship, or uncertain convictions. Start playing up to men’s opinions and in a short time the love of the world replaces the love for truth.

Most of you reading this article were established in the church by strong preaching: preaching and teaching that declared the right and did not tolerate the wrong. It was not complicated. “Be right, do right, love right.” I knew, even as a young person, that my church had its weaknesses. We were, after all, human. Many things were less than perfect. Certainly there were plenty of examples of horrible failure that kept us humble.

But the preaching – ah, the preaching – was clearly a cry against the world. There was no twisted language, cutely disguised loopholes, or moral weakness. It was straight, poetic, powerful, passionate, and Pentecostal.

We liked it. The world hated it, but so what; we hated the world. We may have been in the world, tempted by its pleasures, but the preacher made sure we were never uncertain of where the lines were drawn or what the price of compromise would be. Thankfully the pulpit was not silent.

Is there a silent majority in our church? Are many good people are hoping that worldliness and weakness will mysteriously go away? This won’t happen. Failure to preach will become failure to believe, and that will lead to failure to act. Failure to act will lead you unrighteousness and … well, you get the picture. 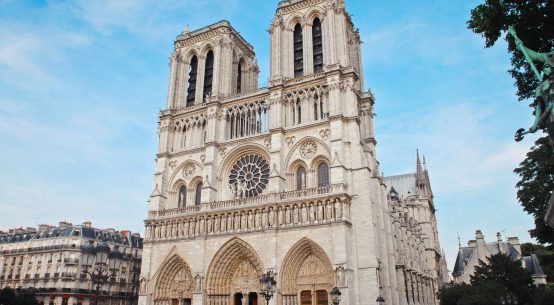