Volume 15 Issue 2
“The Loose Screw Awards,” the title of Psychology Today’s recent
article, proves once again that ideas have consequences. The article
lists psychology’s top ten misguided ideas and practices. Most people,
I think, have been suspicious of these bizarre procedures for some
time, and reading the entire article would be worth the time invested
to get a more complete summary of these ‘bad ideas’ than my space
permits in this article. But here is, at least, the list of “the loose
screw awards”:

1. Award for ambiguity: “Projective tests” in which recordings are
played on a verbal summator to determine if patients hear some strange
message in the muffled sounds created by the machine and thereby
revealing some suppressed consciousness.

2. For launching a thousand lawsuits: “Recovered memories.” Using
drugs and hypnosis, the doctor helps trusting clients to recall bad
memories and possible multiple personalities. One woman was convinced
that she had 300 alternate personalities, until this practice was
discredited. However, it is still practiced today, according to
Psychology Today.

4. Most overrated: “The cult of self-esteem”: this idea attempts to
make every child and every adult feel good about themselves, even if
the reality is quite different.

5. Most likely to make good people feel bad: “Codependency, enabling
and tough love.” This nasty little program attempts to make the whole
family responsible for some member’s drug or alcohol addiction; it
teaches that one should never be loving or supportive in any way,
because one thereby enables.

6. Mass market potential award: “Mozart babies.” Parents are
encouraged to play recordings of certain pieces of Mozart’s music;
supposedly only Mozart works efficiently. Although this does not help
children’s cognitive skills, it is actually mandatory in some states.

7. Most bureaucratic, “Stages of dying.” This widely accepted idea
based on Kubler-Ross’s famous book On Death and Dying teaches that
there are five distinct stages to dying. Often imposed on patients as
if it were a universal truth, it is in fact not consistent with actual
death experiences in most people.

8. Most twisted award: “Rebirthing therapy.” More than 100,000 people
have actually paid for this technique, which attempts to take them
through a re-birthing procedure. Some have died. Psychology Today
states that this is “not even on the fringes of legitimate therapy.”

9. Breakfast club award: “Adolescent angst.” Based on a faulty theory
from biology called “recapitulation theory” which means, to quote
Psychology Today, ” all creatures, as they develop, relive the
evolutionary stages of their species.” This, it is said, is the reason
teens go through a time of “savagery” as they relive their ancient
past. But not all teens go through adolescence in a tumult.
Psychology Today refers to the idea that they do so, or that it is
inevitable, as an invention of modern culture.

10. Finally, the sound and fury award: “Catharsis.” The idea here is
that all pain evolves from pent-up feelings about unresolved stress and
situations in one’s life. This bad idea gave birth to scream therapy.
Doctors know it does not do much, if anything, to help the patient; but
it is still, nevertheless, practiced by some.

Well, there you have it. All bad ideas. Unworkable solutions.
Failures. And further, Psychology Today says, “This is the short list,
of course. The mental-health fields have generated a dizzying number
of bad ideas, many of which still affect us.”

As a pastor I have sadly watched many families go through some of
these treatments, painfully attempting to be supportive but knowing
full well that the only real solution in their lives is the power of
forgiveness through the cross of Christ and the baptism of Holy Ghost.

Every pastor and preacher should carefully read this article and
reaffirm to his or her own heart that the message of redemption is the
“Greatest Idea” ever. That being born-again is far superior to being
re-birthed. Nicodemas asked Jesus, “How can a man be born when he is
old? Can he enter the second time into his mother’s womb, and be
born?”(JN. 3:4) Jesus never offered a bad or impossible idea; He
offered a right way, a right hope, a right solution. Jesus answered,
“Verily, verily, I say unto thee, Except a man be born of water and of
the Spirit, he cannot enter into the kingdom of God.” There it is:
workable truth.

I am not discounting the frustration of mental illness nor am I being
critical of good men and women who innocently work in this field not
understanding the power of the Holy Spirit to transform lives. And
Psychology Today is to be complimented for dealing with the subject.
All I am saying is that the church should stop feeling inferior to the
wisdom of this world and instead storm the walls of this world’s
despair; because we have a message of hope: Jesus. 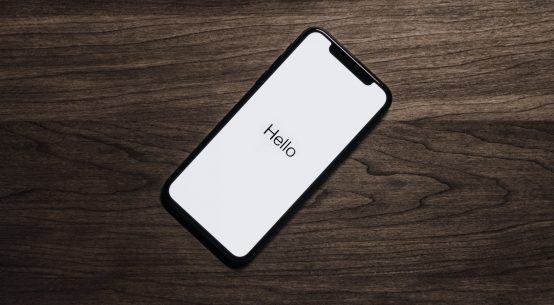 Paul Mooney – Many Things To Say