After standing for four plus hours in Washington DC’s grayish, cold, damp, windy weather, I was numb by the time President George W. Bush began his second inaugural address this past January 20, 2005. As a speaker, I could not help but reflect on how tough his task was going to be: awakening more than 200,000 people who were pretty much worn out due to the weather and the extreme security that had necessitated walking dozens of long blocks to get into tight designated areas to view the 50th presidential inauguration.

Thankfully, minutes before he spoke the sun bathed the area around the Capital building with warm and welcome brightness. As George Bush spoke about freedom, justice, and peace for the whole world, I whipped out my ever-ready note book to write: “The President has decided to challenge the world with the ‘big ideas.’ Great, just great!”

Big ideas are often criticized. Worldwide, the press have put down the President’s speech as unsophisticated, too immature, and ignorant. This kind of response is not unusual. When people speak about grand and hopeful things, they are often said to be idealistic. This criticism is not meant as praise. Idealism to many is the opposite of practical, down to earth realism. “Unworkable,” they say. “Idle dreaming.” History shows that many big thinkers have been pushed aside or dismissed as kooks or foolish dreamers. Most great inventions have had major detractors, and had the dreamers listened to them, the inventors would have stopped dead in their tracks. “Men can fly,” dreamed the Wright Brothers. “We can send voice over a wire,” mused Alexander Graham Bell. And, of course, the dreamers in Hollywood dreamed of “still” pictures that “move.” The fixed orbital satellites that made mobile phones and the high speed Internet possible were envisioned by Arthur C. Clarke after World War II and were quickly dismissed as science fiction. Today, when satellites reach a fixed orbital position they are said to be in Clarke’s orbit.

Thank you Mr. President. Big, idealistic ideas are beautiful. They are powerful. They pull men up. They inspire nations. They turn the tide. Whose life is changed by the “it can’t be done” crowd? No one’s. Freedom for the whole world? Why not? Justice and liberty for all… good idea. All men are created equal… right on. Say amen, somebody.

My life is completely dominated by big, impossible sounding ideas.

I believe this is true for all Christians. We are designed by the power of the Holy Ghost to think big thoughts. “Your young men shall see visions and your old men shall dream dreams.” That sounds rather matter-of-fact, if you think about it. The word ‘shall’ ends the discussion. Men analyze until they are paralyzed. They over- think until they come to believe that the possible is impossible.

Big ideas? Check this out: “On earth, peace, good will toward men.” “With God all things are possible.” “Whosoever will, let him take the water of life freely,” and “Ye shall receive the gift of the Holy Ghost,” “Ye shall receive Power, after that the Holy Ghost is come upon you,” “Preach the gospel to every creature,” “One Lord, one Faith, One baptism,” “This is the rest, wherewith ye may cause the weary to rest,” and “they shall call His name Emmanuel which being interpreted is, God with us,” “he that hath seen Me have seen the Father,” “but my God shall supply all your need according to His riches in glory by Christ Jesus,” “this is the promise that He hath promised us, even eternal life, “whatsoever ye shall ask in prayer, believing, ye shall receive.” Now there are some big ideas.

When great things become our goals, we are pressed into service, we confront the obstacles. We fight the good fight; we awaken our souls to strive because the vision has been cast. Jesus called us to abundant life, joy, peace, and righteousness in the spirit. Therefore, we crucify the flesh, as Paul instructed; and we reach out for the big stuff, at any cost. Thank God for big ideas. Mere blind idealism, fanatical mysticism? I think not, but you choose for yourself. 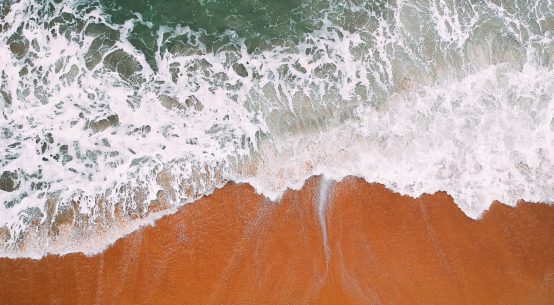