Indiana has been sued by the ICLU (Indiana Civil Liberties Union) over the matter of prayer in the House of Representatives. The tradition of daily prayers in the House, according to the suit, must not include any phrasings that emphasize a specific faith. No one would be permitted to pray “IN JESUS NAME,” for example. The words Christ, Jesus, Lord Jesus, and so forth would be outlawed.

Once again the Civil Liberties Union continues its attack on faith, and more often than not on Christianity specifically, in the name of tolerance. For them, like for many other liberal advocates, the word tolerance means tolerance for anything except fundamental or conservative Christian views. In this case the ICLU would allow prayers, but those prayers must be generic and must respect all faiths. Prayers to nothing, so to speak.

What especially interests me in this discussion is the idea that one could even pray a prayer, a real prayer that reflects one’s honest beliefs, and somehow frame that prayer in such a way as to respect all other faiths. When the Buddhist prays to Buddha, that prayer calls into question all other prayers. When the Islamic prays to Allah, he prays to Allah, not Jesus. The fact that he prays to Allah is a rejection of Jesus as God. When I pray in Jesus Name I am essentially rejecting all other faiths. Of course we should defend to death the right of any man to pray as they choose. In a secular sense I am not offended by anyone’s prayer to any god he chooses to pray to. However, I reserve the right to contend that all doctrines, prayers, and ideas that are contrary to the Word of God are false.

What is coming down all over the world is a generic approach to religion and spirituality. Pluralism (in the context of religion), if I can be forgiven for an over simplification, is the idea that all religions are of equal value and none are superior to another. Further, if anyone dares to preach or to advocate superiority over another faith, then that person is committing a hate crime at worse or at least an attitude of disrespect. Most of the societal planners of our day see religion as myth and merely the concoction of men; so any way you should choose to have it is of equal value.

My limited space forces me to jump to my main point, and that is about how pluralism is playing out in the Christian community. Many, and likely most, want nothing to do with doctrine. “Doctrine divides,” the ecumenicalists say. Get rid of statements that advocate anything, like “this is the way, walk ye in it.” And then we can all be part of the broader Christian Community. This generic approach sounds good on the surface, but what it means in real life is that although you are free to have anything you choose on your by-laws or statements of belief, just don’t start believing you are right about it. And further, you must not believe, if perchance someone would disagree with you, that they are wrong. No one is right and no one is wrong, since really we don’t know anything to be absolutely true. In this bizarre world nothing is settle, all things are in development or re-development, including the scriptures. We all are to wait with bated breath for the next new thing from a new generation of philosophers and theologians, if I can be forgiven for a touch of sarcasm.

All this kind of thinking starts becoming like a call to prayer with no particular god in mind. Pray, but don’t mention any deities. Pray, but don’t pray in Jesus Name. Preach, but don’t include any doctrine. Post your “statement of beliefs” on your web page and in your church bulletin, but privately hold that this merely identifies your particular niche in the Christian Community, or the “Christian market,” not what you really believe to be absolutely true.

While the average Christian church falls prey to the intoxicating sounds of the pied pipers of tolerance and pluralism, the radical Islamic burns American flags and Bibles. They spread hate and murder toward all things western. They suppress their own women and children under a system of male dominance. While many Christians are weak in their convictions about who Jesus is, they mock Him by reducing him to a mortal being on the one hand while recruiting our children with the other.

If one’s belief is not true, why preach it at all? If Jesus is not Lord and savior, then pray as you choose, as you will, as you think. If Jesus is you advocacy and your God, everything changes. If the apostles were chosen to take the Gospel to the world beginning at Jerusalem, then discussions of all things pertaining to Christianity begins there, Acts 2:38 included, and here we stand, in Jesus name. 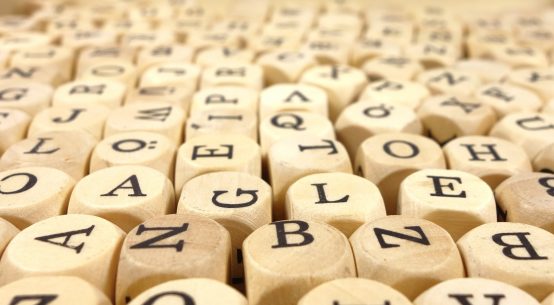 The Issue Is Information