The dream, as Micki recalls, overwhelmed me for most of the night. For me, however, I cannot associate it so much with time. It came to me in three segments. Since that night it has consumed my heart, and I feel compelled to relate its message, and I have done so from the pulpit on two occasions. I will attempt to reconstruct certain parts of the dream and attach a small bit of interpretation, but I must be clear: this was a dream. I tell it as a dream (Jeremiah 23:28). However, the weight of its impression has made me hesitant to say it was just a dream. It is very likely that I will seem foolish to some in that I would presume to share such a thing, and I confess I am reluctant to write these thoughts. I will not recount each detail of the dream, but I will outline the main elements and try to explain why this night vision had such an effect on Micki and me.

The first element of the dream involved darkness. It was damp. However, the dampness was not like fog or mist but a dampness that belonged to the darkness itself – deep, black and cold. I pondered it, feared it. I did not want to look upon the darkness. But I could not deny it. I prayed. Micki later told me that I began to groan and toss about and she heard me start to pray. She places the length of time of this initial event at close to an hour. She thought I was fighting demons in some way. Disturbed, she began to pray as well and tried to awaken me. I do not believe there were demons in the room, but the darkness I was experiencing in the dream covered me like a blanket of demons. Finally she jarred me awake, but I asked her not to trouble me, and fell at once back into the dream. This frightened and shocked Micki, and she continued in prayer. This part of the dream held personal elements that I choose not to share, but the meaning was very clear to me upon the morning.

The struggle was in knowing that I had to face this consuming and powerful darkness. I was, by some force, being urged into it; but I held back. There was fear of death, but this was only a part of the struggle. I knew there was something else. Walking into it, confronting it, challenging it was unavoidable, yet somehow I did avoid it. Better to leave it be, I thought. Stay back. Allow it to do its work. It was an awesome darkness, impressive in scope and power, and mysteriously alluring, beautiful even. It appeared unapproachable. It was not unapproachable, however; it merely appeared so. Later, I would see that all the darkness itself was a beautifully constructed lie. I will lose the careless reader here, but what gave the darkness power was my hesitation to confront it, to walk to it. That hesitation was rooted in a feeling of awe toward it and my initial deference in the tremendous ability of its power.

Finally, after an exhausting personal battle filled with spiritual anguish, I walked into the darkness. I saw evil, pain, despair, and desperate souls trying to escape the power of the darkness. Yet, I was unharmed, free, and astonished that I was not crushed. Once inside the darkness I could see that those in the grip of the hellish deception were seeking help. The darkness was chaos. At once, I hated the darkness in two ways: first, because it was utterly destroying people. Secondly, I hated it because it had beguiled me to suppose its worth and its promise.

My dream transitioned into a church service. It was Calvary Tabernacle, but the edifice was different in structure. I dreamed of praying for people. At first a rather normal size crowd was there and the service itself appeared rather slow, drab. I began to pray for people, merely asking them to call on the Lord. As we prayed more people came, huge numbers, overflowing numbers. The effort centered around getting to people one by one. Many preachers were helping me. Some I recognized; others I did not. I was laying hands on people and commanding them to speak the name of Jesus. “Call on Him!” I shouted. “Call on Him now! Not later. Not next week. Now!” Some could call His name and spoke in tongues, shouted, rejoiced and cried. Others could not. The human emotion in the room was palpable.

For many, there was no breakthrough. I understood immediately that the difference was complete surrender. Those who would cry out to Him without reservation attained a release, as if they had been freed from a hole or pit. The others were seemingly caught between worlds. In the Spirit, as I prayed with them, I could see into their souls. I trembled and cried the more and challenged them. “Call on Jesus! Just call on Jesus now! Escape the darkness!” I screamed. The scene was frightening to me. They wanted Jesus, but still looked upon the darkness as if they could not leave it behind. The darkness was not complete darkness to them. I could see they were spiritually connected to it. It held some usefulness for them. I tried to form a sermon, a message, to draw a text from the Bible and preach; but I could not. My head rattled in confusion caused by an inner voice that was shouting, “Don’t preach! Lay your hands on everyone. Now!”

As I moved through the crowd from one person to another, I came upon the face of woman who had traveled with my mother back in the ‘50s. They worked together as evangelists and experienced many powerful revivals. She is still alive and is 103 years old. Her name is Irene Dennison. It has been years since I have seen her. In my dream, she began to shout at me, calling me by my childhood nickname. “Paulie! Don’t be afraid. This is what your mother and I told you about. We have prayed for you.” I cannot fully explore the meaning of this to me personally, but when I finally escaped the dream the revelation from this moment had shaken me, and because of it I will never be able to discard the message of this horrific night.

In a lifetime I could never express the building intensity of the dream. The press of the crowd grew dangerous. Someone reported to me that the parking lot of the church was swamped, and clearly every spot in the building was occupied. Micki tells me later that she had been praying for a long time. To her, my dream seemed as if it was in real time. At one point she touched me and I grabbed her on the neck and shook her. At that moment I was physically acting out what I had been doing in the dream. “Please,” she screamed, “Are you ok?” I explained that I was, but told her I could not talk to her at that moment. Quickly, I fell back into the dream. Later, in our reflection of the night, Micki said that it was as if I was just gone, instantly back in sleep.

At this point, the dream took a strange turn. I now see this as the third segment. I was praying for people and a young boy approached me and explained that he needed to go home. “I will take you home,” I told him. Rob Rodenbush, my son-in-law, was standing next to me and said, “Dad, you can’t leave. I will take him home.” “No,” I said. “I must take him home.” The moment the boy had approached me, the Spirit of the Lord had assured me that I must take the boy home. I knew there was something God wanted to show me. Rob asked me to at least let him go with me, and I agreed.

What I saw in the dream next is beyond description, but I will try. The whole atmosphere outside the church was madness. People everywhere were screaming and in the midst of them were evil spirits and demons. Horrible looking creatures began to pound on our car, trying to overthrow it. But, God spoke to us and commanded us to roll down the window and shout out the name of Jesus. I obeyed. As I shouted the name “Jesus,” the demons fell back powerless. The crowd then rushed the car asking for us to touch them, lay hands on them. As we did, many shouted the name Jesus and joy came upon them immediately. Rob kept urging me to roll up the window for our safety. We were in grave danger, but only in one sense. God had given us complete power over the situation in the middle of the chaos. This was the lesson. The boy was safe, and we had nothing to fear. The Lord spoke to me, “You must understand this. You can deal with the darkness, not just in the church, but anywhere. Be fearless!” Suddenly, a menacing truck came heading toward us at full speed. It was going to crash into us, but there came another huge truck speeding toward it. This appeared to be an eighteen-wheeled truck, but I can’t be sure. Nevertheless, it crashed into the ominous truck and pinned it against the wall of a nearby building. Again, we were safe.

The dream was done.

Micki had been awake praying for at least three hours. She said she sat up and watched and prayed, powerless to completely awaken me. She watched as I tossed and thrashed about. She listened as I prayed and spoke in tongues. I can only imagine what confusion she must have been experiencing. But since that morning came and the day unfolded, and even now after several weeks have passed, we have discussed hardly anything else. We both have been strangely changed. No problems have disappeared. No miracles have happened. No stress has been lessened. But, perhaps that is part of what must be taken from this experience.

We both have felt that we must share the elements of this dream with others. It is out of character for both of us, as through the years most of our deeply spiritual experiences have remained privately in our hearts. I know that others may be dismissive about it. I understand. But the dream has convinced me anew to be bold, to sell completely out to the Truth and to never compromise with darkness in whatever form it may take. The dream permitted me a view of the depravity of souls connected to the systems and religions of this world that can never hold promise or hope. It left me compelled to boldly challenge others to oppose all false doctrine and evil.

The most disturbing, and revelatory element of this experience was the power and ability of the darkness to convince some to maintain a relationship with it. The darkness sought allegiance. It asked to be trusted. It wanted to be seen as a befriending power. How could something so destructive be so welcomed? And the point driven home to me was that the darkness could only be defeated by the complete rejection of it. There was no middle ground. From my years behind the pulpit and working with God’s people I know the place of full surrender is difficult to reach and maintain. Yet it is the essential element in securing salvation from the darkness. As Jesus put it, we must die to live.

Information is Changing the World 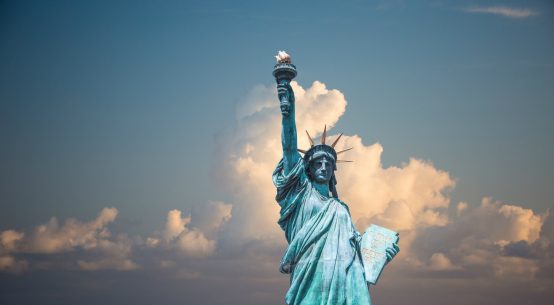