The United States Marines engender great loyalty among their troops because they enforce their values and have great respect for their principles. Without these exacting standards perhaps the Corps would be larger, anyone could be a Marine; but because of their commitment to their values, not many become Marines. Thus the phrase: “the few, the proud, the Marines.” The loyalty among individual Marines extends until death, but this loyalty would not exist if the Marines themselves were not loyal to the core ideals and the code of conduct of the Corps itself. Ironically, the standards and codes that are the burden of the Corps are ones that Marines impose upon themselves and enforce among themselves to maintain their commitment and remain true to Marine Corps’ values. If the covenants could be freely broken, there would certainly be little respect for the achievement of reaching the status of a Marine or for the institution itself. Without common loyalty of purpose and commitment to principles, loyalty to one another as individuals becomes unnecessary – For what would such loyalty be based upon?

A popular book, a few years past but still quite influential today, “The Unbearable Lightness of Being” by Milan Kundera has developed a cult following and is the basis, in some circles, for a departure from all reality. The novel’s premise is founded on Parmenides’ philosophy that nothing returns – all things are subject to dissolution, all is passing, and only the moment counts. Further it suggests that, one can only walk one path in life and there is no possibility of comparison and no way of knowing if that way is right or wrong since return is an impossible concept. This thinking allows for nothing upon which to compare one’s decisions and distorts basic fundamental morals by replacing certitude with endless inquiry. For example, how is one to know that being unfaithful to his wife is wrong? Perhaps it might turn out that that such an indiscretion would lead to some great opportunity. But given that he could never be unfaithful and faithful simultaneously he is incapable of ascertaining what is “right” in either case. These false ideas are gripping the minds and hearts of many and threaten Apostolics as well. I have personally had these types of conversations with people who are rationalizing against the Truth of Salvation in Christ alone.

So it goes with these philosophies against Truth, they posit at best that life is just a journey and no way is comparable to another. So…Live “light,” develop a “lightness of being.” No one can judge another about anything because there is no way of knowing – Therefore, all things are uncertain. This leads to the question, how one can demand loyalty from another if there is no eternal truth? Authority becomes nonexistent when it stripped of the conviction and passion that comes with defending right and wrong. Ultimately, leaders become incapable to lead in any particular direction at all. For, if there are no absolutes then there is nothing (nihilism).

I fear the willingness of some to succumb to Satan’s web of confusion through endless questioning is at the heart of what is facing the Apostolic movement, and in a broader sense Christianity itself. This does not suggest that we should not be defenders of the faith and offer sound answers to those who genuinely seek answers. However our defense should always be rooted in confidence, certainty, and conviction or we risk being overtaken in the flood of modernity, love for the world, biblical criticism, passion for success, a passion for the praise of men, and other devices that compromise one’s core beliefs.

When one becomes not-so-loyal to hard-fought positions concerning doctrine, certitude of salvation, or the need for separation from the world, there is a loss of self-respect, in the sense that one does not even respect their own beliefs as being completely valid and that leads to disloyalty toward others. Without the commonality of ideals and values, individuals are escorted into the dark tunnel of selfishness and separation. Jesus of course settled all these arguments and forever divided men by declaring that there is – One Way, One Door, One Cross, One Name, One Hope. “Think not that I am come to send peace on earth: I came not to send peace, but a sword” Matthew 10:34. Jesus was not making some harsh, condemning statement, but giving explanation of the inevitable consequence of Truth. Those who do not accept this confrontation are left to find ways of discrediting Jesus altogether by apologizing for the “form of doctrine” He established in this earth through his disciples. Without apology these few brave believers rejected all other ways for “that way” (Acts 19:23). They indeed called all men to Christ but they never included all men in the body of Christ without obedience and baptism. “He that believeth and is baptized shall be saved; but he that believeth not shall be damned” Mark 16:16. From this we may observe the foundation of their loyalty to Jesus and to each other even unto death.

The Law of the Harvest 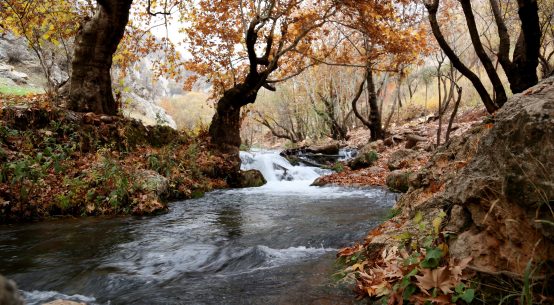