Feeding not only the spiritual hunger but also the physical hunger of bus children became the answer for revival among the youth at a church in Lufkin, Texas.

Jonathan and Kimberly Knot were working as the Director of Children’s Ministry at Eastview United Pentecostal Church a little over four years ago when God began to give them a burden for the children in their community. After getting permission from Pastor David Hunt, their first step was to start a bus ministry.

“Around the same time, we started a summer program called Street R.A.G.E. (Reaching a Generation Effectively),” explained Sis. Knot. “For the last three years, one Sunday during the summer became devoted to children’s street ministry at two local apartment complexes. As we began these two ministries, we were praying and asking God to direct us where He would like us to reach out. God kept directing us back to two particular areas.”

It would have been easy to become discouraged. After driving the bus for nearly a year, only five or six children were regular attendees. By this time, the Knots and their outreach team had passed out thousands of fliers and pieces of candy hoping to garner interest among the neighborhood kids.

“People told us maybe we should find a different location but we kept feeling the urgency to keep knocking on those same doors,” said Sis. Knot. “During the second and third year, we ran about 10 to 15 attendees consistently. Then one night during church, the children were antsy in service as kids often are, I was holding one little girl who was curled up in my lap. She looked up at me with her big beautiful eyes and said, ‘Miss, I’m hungry.’”

That simple statement opened their eyes to the fact that many of these children were not only hungry for God but were also physically hungry. About the same time, God impressed the same idea on another lady in the church, Sis. Jill, who suggested they feed the kids before Wednesday night service.

“Once we began feeding them, I noticed a distinct difference in their behavior during church,” explained Sis. Knot. “Then it happened! Within the past year, our attendance began to double and triple. We now have between 30 and 50 kids ages 4 to 18 riding the bus every service. And when I say every service . . . I mean they come Sunday morning, Sunday night and Wednesday night. Some even ask to be picked up for family prayer night.

“When we first began reaching out we felt like intruders in a private community, but now we are definitely part of the family. When we go into their apartments, the kids run to us with open arms.”

During the Christmas season in 2008, the church decided to expand their outreach efforts. Each child was asked to make a wish list of items (under $20) that they desired for Christmas. Then members of the church agreed to adopt a child for Christmas.

“The response was overwhelming!” said Sis. Knot. “I really felt the walls begin to crumble. I can’t explain how it felt to watch the children’s faces as they began to open their gifts. But an even greater thing happened.

“In April 2009, we were having an extremely awesome service when I looked over to see our young people praying with the kids we brought to church on the bus. We had some pray before and two of the teenagers had received the Holy Ghost two weeks prior, but now I saw a unified body reaching out to God in a most amazing way. The upper room must have been a lot like this. There were four or five children speaking in the most beautiful language known to man! They were dancing before the Lord and rejoicing with such purity.

“While praying for them, God dropped a thought in my mind: ‘This is your mission field! You are seeing the fruit of your labor.’” 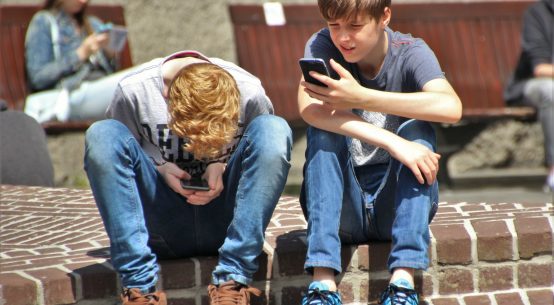