Skip to content
You are here
Home > In This Issue > From the Publisher > Cast Off Your Doubt!

The painter looked up from his canvas, and quietly mumbled to the tourist watching him display his impressive skills, “I never know how it is going to turn out.”

This was an astounding admission from the great western painter, Hal Empie. Could it be that this genius with brush, canvas and oil really did not know how a painting was going to turn out? What did he mean?

No one had asked him anything. It was as if he felt the need to explain his own emotions at that moment. There was something sacred about his lament, and no one responded. After a moment I ventured a question, “What is the hardest part?”

The famous western painter, whose smaller works could demand eight to ten thousand dollars, did not answer my question. Reluctant to restate the question for fear of breaking his concentration, I remained silent.

After almost a minute he growled out one word. “Doubt,” he said.

Later, without being prompted, he began to expand on his remark. He reflected that in every painting there is, for him, a moment of doubt, of uncertainty; doubt about what he should do, could do, wanted to do. And doubt if it was worth doing. He explained that he has suffered great pain in an effort to defeat doubt, and many times he has completely abandoned a canvas, overcome by doubt.

I never have forgotten that conversation.

Are we in a moment of doubt? Are Gospel preachers wavering? Are we uncertain of the Apostle’s Doctrine? Will we discard the canvas, cast aside the vision? Will doubt choke revival?

The matter of doubt, I suspect, plays a role in every human endeavor. How much doubt does a president, senator, doctor, scientist, businessman, policeman push through to get his or her job done? Perhaps we will never know.

Doubt is dangerous but necessary. It would be some kind of idiot who never had doubt about anything. Doubt in certain circumstances is extremely healthy. Doubt may, in fact, lead the way to certitude. That is a good thing. A doubt that prompts a double check might save a life in the surgery room. Healthy doubt might prevent a national leader from making a quick decision leading to war or harm. Hopefully, the exercise of power of any sort has a little doubt mixed in.

Yet there is another sort of doubt: dark doubt, doubt of the soul, the mind, the heart. Doubt that keeps the painter’s hand from making a bold brush stroke on the canvas. There is a doubt that chokes the vision. A doubt that makes the soul tremble with uncertainty. I am not speaking of a moment of doubt that leads to a healthy reevaluation or a second opinion, but the awful, faithless dark doubt that freezes the genius that blocks action. There is a doubt that kills the light in a man, an oppressive doubt that extinguishes the joy from a young woman’s personality. This doubt is evil. It is cruel.

Recently, in a conversation with some young friends, I felt the cold clammy spirit of doubt . . . the doubting of the Word of God. I heard its wimpy, moody voice. I saw its horror expressed in eyes of panic. It was frightening. The young men revealed by their questions and tone that they had doubts about who they were, doubts about what they think, and about what they believe or may have once believed. They were putting issues on the table; they were rationalizing.

A negative bank account cannot pay you out of debt; neither can negative thinking lead to success. Negative preaching cannot inspire spiritual renewal. Men must believe fully and without doubt if they are to move the world. They cannot doubt and expect to create a revolution. No one inspires another through doubt.

Nothing pleases the enemies of America more than for its citizens to doubt their history, their values, their ideals, or the sacrifices of their forefathers. Nothing pleases the enemies of the Church more than for the “followers” of Jesus to question the cross, the power of the Name, or the Apostle’s Doctrine. Today both the Church and our country are facing the demon spirit of doubt.

“Thou shalt not surely die.” With that short sermon, Satan planted the seed of doubt. In a small tick of time, it brought down the human race and destroyed man’s relationship with God. It was quite a powerful idea, really. It suggested that one can have his cake and eat it too. Do what pleases you, and it will please God. No harm done. Maybe, Satan was saying, God doesn’t really want you to be as smart as He is. Go for something new. Doctrine is an antithesis. Relationship is what matters, and God doesn’t really care what you eat or do or think; He loves you quite the way you are. Ah, doubt – how wicked.

Christians today in general, and, sadly, even we Apostolics, are being swamped by a fog of doubt. My view here is that first of all, the force of modernism and post-modernism has gained a grip on the minds of today’s churchgoers. To be certain about the Bible, the “allness” of Jesus, the fulfilling power of the Holy Spirit, and to advocate that there is but salvation in “Christ Alone” has become passé. The world has long rejected the Bible as the Word of God; but today the Bible is no longer the source of authority, even for Christians. Many allow for new revelations, manifestations, dreams, visions and even new scripture. And among some who once held strongly that the Bible alone is the true absolute authority, the doubt grows.

The media is playing a very prominent role in placing doubt in people’s minds about the validity of Christianity. There have been an extreme number of articles and books today challenging the Bible directly or through so-called higher criticism. Questions, misinformation, bad scholarship, and elitist experts are preaching boldness to those who choose to resist the Word of God and opt for self-authority.

The image of success appears to be enjoyed by almost any kind of theological idea or spiritual enterprise and has led many to think that nothing really matters. Although the public hungers for spiritual life, this hungering does not automatically mean that they are seeking truth from a biblical perspective. Today’s spiritual climate is a false prophet’s dream world. One may preach, teach, prophesy, or whatever and the people will believe; at least they will believe enough to provide a good return on the effort. And the bonus for these false prophets is that few true preachers will challenge them for fear of being thought of as negative.

The Apostles after Pentecost were men of conviction, of certitude. They possessed clearness of thought and purpose. One name: Jesus. One hope: Jesus. One God: Jesus. One Faith. One Baptism.  One way: Jesus. To believe was salvation; not to believe was damnation. “Politically incorrect” is an understatement. And of course they paid the ultimate price: their lives. They died, however, free from doubt.

Cast off your doubt. Embrace the truth. Take no thought of whether you are accepted or rejected. Preach the Word! 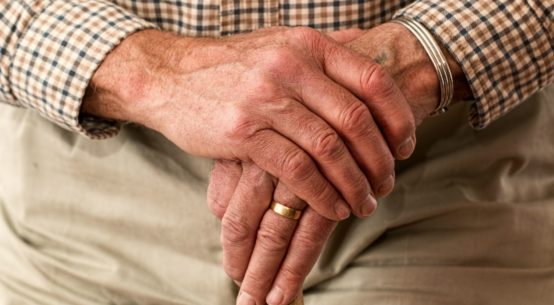