With thunderous noise, the rushing waterfall spilled down the mountainside. About 20 feet from where it fell into a pool and passed under a small dirt road, it crashed into a large rock and made an unusual and near-perfect split around the obstruction. Picture perfect. How could I resist? I hauled out my camera and tried to capture the essence of the little stream’s unique journey.

I parked my car in the middle of the road, excited by the idea of becoming the next Ansel-like nature photographer, and threw myself into my amateurish efforts. I did not hear nor see the large Toyota pickup that had arrived and was forced to stop, waiting for my car to be moved. The driver did not make himself known and kindly watched me finish my photo shoot. I was startled when I finally noticed him. I approached his truck and embarrassingly apologized. We laughed, and he and his wife immediately engaged me in conversation. He was a lifelong native-born Montana man, and quickly informed me that he had been an official and an “environmentalist of sorts” for most of his professional life. He shared several stories about the old days in and around Hungry Horse, Montana. He was 75 years old.

He mentioned that there was a secret lake about five or six miles on up Doris Creek road, but cautioned that one would have to get there by foot. “Quite a hike,” he said. “Used to you could drive up there, but all those roads are closed now. In fact, hundreds of the old roads are closed.

“I helped close them,” he continued. He explained that he had been part of a “back to the wilderness project” a few years back, and that the locals and “do-gooders” had closed lots of roads that had given access to scenic spots, lakes, and large stands of timber.

“I should have never closed those roads,” he lamented, almost in tears. “I can’t walk so good now, and I would love to visit the places I went as a young man.” He was very nostalgic.

“Yeah, we did a bad thing closing them roads, sure did. I wish you could drive up there, like we used to. Those roads were a good thing, and it is a sad thing we did, closing those roads,” he repeated.

Then he surprised me. Looking at me like a long lost friend, he said, “I’m sorry.”

It was as if at that moment, in the presence of a total stranger, five miles up the mountain on an old rutted dirt road, he needed to get it said, to somebody: “I’m sorry.”

He was a road closer. I cannot get the impact of this man’s conversation out of my mind. He was smart and had thought deeply about his life and his work in and about the mountains near Glacier Park, Montana. He had regrets. He was like all of us who close roads, burn bridges, destroy relationships and disconnect from old friends: we live to regret it.

A road is a means of getting somewhere. The fundamental elements of commerce, anywhere in the world, are the roads that make it possible to transport products to the market. And in the same way that roads are a means to convey us physically from one place to another, in culture the family unit is the way to peace and stability, and in our churches the cross of Calvary and the grace it represents is the way to salvation. The baptism of the Holy Spirit is the way to new-birth, wholeness, power and joy. These metaphorical roads must never be closed.

As a pastor I have seen people thoughtlessly and ruthlessly close roads. I am watching, on this day, society’s big bulldozers of deceit and ignorance removing the foundations of the Apostles doctrine, uprooting the God-given ideals of righteousness, family and morality. Old paths of holiness are being obstructed, covered over, and forgotten by the road closers (Judges 5:6).

Let me suggest five emotions that are at play in today’s road closing operations. First, there is a denial of need. In prideful disregard of the commandments of fathers, mothers and forerunners, some people are intent on closing the roads and burning the bridges (Prov. 6:20-23). They ignore the lamps of doctrine and the reproofs of instruction. They dismiss the idea that the roads they are determined to close lead somewhere, and that they are needed. They reject the path of holiness, for example, as the road to close relationship with God, discounting the notion that worldliness is counterproductive to walking with the Lord.

Secondly, lies and deceitfulness close roads. No one can maintain friendships or a relationship with God through lies (Rev. 21:8). Third is the betrayal of confidences. To betray personal confidences that have been shared with you is like precipitating a giant rockslide. This shuts down the road. End of story. Next, vow-breaking destroys. It blocks all hope of success and happiness. A person’s word, or promise, is a binding contract. And finally, selfishness in all its forms closes roads. How does one approach someone whose only interest is self-interest? Jesus warned of false preachers who came to use, to extort for personal gain, to kill, and to mislead the flock (Matthew 7:15). Unfortunately, this still happens today.

I drove back down the mountain thinking about it all, asking myself these questions: “Whither have ye made a road to day?” (Achish to David – 1Sam. 27: 10). And what roads have I closed, and at what cost? Roads to mountaintops and vistas, deep pools of refreshing, friendships and opportunities? I wonder. (Prov. 16:25) 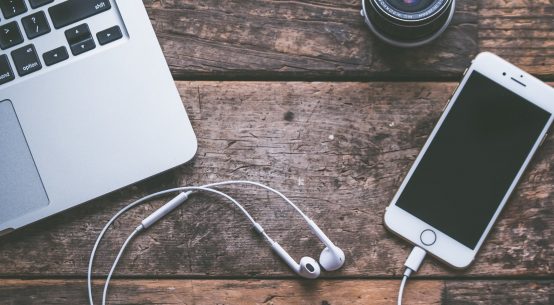 Paul Mooney – Where Gadgets Are Gods