“Oh that I were as in months past, as in the days when God preserved me; When his candle shined upon my head, and when by his light I walked through darkness; as I was in the days of my youth, when the secret of God was upon my tabernacle” (Job 29:2-4).

My soul was frozen recently upon reading Job’s lament. I could not move. I stared at the wall. I felt weak. What did he mean? Were these words of despair? Regret? I rushed to the commentaries, scattered about my library, pounded keys searching online. I exhausted myself looking for an insight or a revelation of what might be hidden here, hoping that someone may have captured the essence. I found many opinions, most were along the same lines but arguably best expressed in the collection of thoughts found in, “The Biblical Illustrator” by writer Joseph Exell. Given the lack of definitive interpretation here, allow me to share what this passage spoke to me in a moment of profound self-examination. I do not believe my thoughts do any damage to the scripture.

Even with the most surface of reading, one can almost feel Job’s sorrow and sense of longing for the past that included much prosperity (v. 6). But he is wrong, of course, to imagine that God’s will always include great wealth. Job is typical of men who often mistake wealth as a sign of God’s approval. The cause of wealth varies and is found among good and evil men. What really is on the line, and what Job knowingly or unknowingly longs for the most is the “secret of God” upon his life. It is my opinion that although he states this desire obviously, it is stated in weakness and appears mixed up with other elements of his life: the fame (vs. 7-8), the deference (v. 9), the honors (v. 11), his philanthropy (v. 12) and so forth. However, the “the secret of God” was the real issue for Job and is the real issue that all of us in our flesh must struggle to grasp. And it is not something that we in our flesh easily obtain of our own working. It is that which can be known only from God by revelation, divine illumination, His anointing and His presence. Apart from it, consciously or unconsciously, “we are of all men most miserable” (1 Corinthians 1:19). What confidence, blessing and power was forfeited because “the secret of God” was lost from Job’s life?

It’s interesting to me that Job connects his reflection with his youth. I, too, and with deep sorrow, reflect on times when God spoke great things to my heart, filled my soul with songs, dreams and direction. I never doubted, never questioned. These were secret things, ideas God had given me, and they lived in me. Though I was a child, a teenager, I never thought such divine voices and longings upon my soul were anything other than the voice of God. The supernatural sustained me. Call it innocence or naiveté, but my ministry was launched, as immature as I was, on that kind of fearless confidence. Over time, circumstances, worldly desires, the discounting and discrediting advice of men, the fear of failure and the simple distraction of everyday life pulled at me. By degree I became less able to hear “the still small voice.” Even the professionalism of the ministry restricted my coming to the secret place so much.

Don’t misinterpret my transparency; it was not a loss of salvation or faith. My heart never lost faith. My belief was unwavering, and in most ways my life and ministry were abundantly blessed. But my soul contented itself too often on human wisdom and less on the “secret of God.” “Oh that I were as in months past, as in the days when God preserved me; When his candle shined upon my head, and when by his light I walked through darkness; as I was in the days of my youth, when the secret of God was upon my tabernacle” (Job 29:2-4).I believe there was a “day of youth” for our movement: a time when together we were emboldened by revelation and anointing. Young men and women assured by the power and demonstration of the Holy Ghost. Confident in the Apostles’ doctrine. Like the Apostle Paul we claimed the gospel as “my gospel” (Romans 16:25). We were childlike in faith but mature in Godly confidence — unshakeable, unmovable, strong, mighty through Him.

We thought little of worldly opinion and did not seek after the world’s acknowledgements. Many walked out of false doctrine endorsing denominations, ignoring their insults and threats. We wrote our own songs, preached our own sermons, prayed for the sick, baptized in Jesus’ name, and spoke in tongues when most so-called Christians thought it was demonic. We pushed our new converts toward dangerous mission’s efforts in unknown worlds. We flooded every hamlet with Pentecostal storefronts and Holy Roller tent meetings. Some lost their lives, most suffered with scarce finances and little if any recognition. Yet, with God’s help and providence we built large, financially strong churches and there is an Apostolic presence today in almost 200 countries.

The bold pioneers of this movement worked without regret. They did not move forward on human wisdom, organizational directives, worldly ambition or academic credentials. They had a calling and a divine compulsion. The “secret of God” was upon their tabernacle, and His “candle shined upon their head.” Allow me to close with prophecy. God forbid the day will come that we stray from the Truth to follow our own ambition and lust. God forbid the day come when the taste of this world has turned bitter, the accolades of men have weakened our fervor, and we are corrupted by the promise of riches and fame (rivers of oil). God forbid we become compromised while sitting upon seats in high places and men grow weary from standing while we pass, kings and princes hold their peace in our presence and the world gives witness to our greatness.

God forbid that the day come that like Job in the depth of despair and remorse we utter the tortured lament, “Oh that I was in the day of my youth, when the secret of God was upon my tabernacle.” The question we all should ask, albeit uncomfortable, is not “what have we gained?” or “how are we doing?” But we must ask, “What have we lost in our neglect of the supernatural?” “What have we lost through our fleshly efforts?” “What have we lost by not fearing the Lord in our every step?” “What have we lost by failing to give fervent prayer before every offering, every song?” “What have we lost by not waiting on God to speak in every decision and in every issue?” This is not an inevitable prophecy. I borrow the words of the aforementioned writer Exell, “There is no inherent necessity in the divine life itself compelling it to decline.” Of course that is true, there is nothing forcing us to give up the anointing of God and nothing is forcing us to forsake holiness and the love of Truth — only we ourselves, our own ambitions, our love for the world. 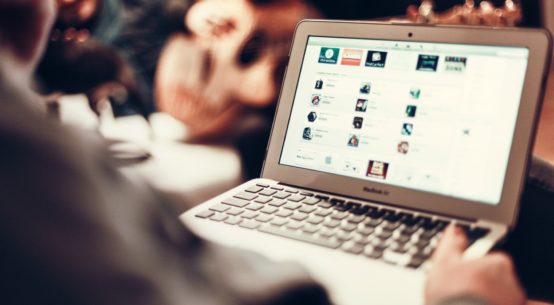 Straight to the Point

The Law of the Harvest