Man will act against his advantage for the sake of choice, said Dostoyevsky. The Russian novelist also points out that mans proclivity to act this way can not only be determined will but also against his own better sense. So, according to Dostoyevsky, even after given education, training, and logical and proper arguments, he will very likely at some point do what he wants to do for his own reasons and against his own better judgment. Dostoyevsky cautions the wise of this world not to become too sure of themselves or overconfident in their wisdom, technology, calculations, rationale, proofs, or reasoning, because mankinds history predicts that he will reject, in certain settings, truth itself and risk his own personal advantage just to have his way.

And how do these wiseacres know that man wants a normal, a virtuous choice? What has made them conceive that man must want a rationally advantageous choice? What man wants is simply independent choice, whatever that independence may cost and wherever it may lead. And, of course, the devil only know choice (Dostoyevsky, Notes from the Underground)

Pastors understand what Dostoyevsky means. We see it often. People play the my way card all the time, slapping it down on the desk like a smirking gambler with an ace up his sleeve. And they make the play even if they know they are lying to themselves. It isnt God they want. It isnt holiness, or truth, or solutions they want. Not at all; what they want is their own independent choice. They want their own will to prevail, at any cost.

This is the driving force behind the spirit of the world. Its not the first time, of course. The Bible is filled with examples. Think of Adam and Eve, who chose choice over obedience. Or consider Joshua as he cries out the ultimatum, Choose you this day whom ye will serve! He seems to be saying, You know better, but go ahead choose gods as you please. Joshua himself, however, makes a personal declaration. This declaration was deeper than merely his ability to choose. He had moved past choosing or rejecting and simply declared his submission.

Men, it appears, are going to have their way, regardless. Many are bored with the truth. They are bored with the apostles doctrine. Bored with the leading of the Spirit. Waiting on God is old school to some. They muse, Let us employ our logarithms, our calculations, our methods, our talents, our education, our logic, our techniques, and our flawless research. Why should we wait ten days in an upper room? What for? But the deep problem they will face is that people will not make decisions in the paradigm of reason. They make decisions in the paradigm of self-will.

I am deeply concerned about the strong spirit of worldliness that seems to be shaping our thinking. Is it possible that Pentecostals are at a moment when we will act against our own long-established advantages such as Gods anointing, revelation, and the raw bold commitment that can be simply stated, as did Joshua, we will serve the Lord? Will we play out a drama of arrogance and disobedience just to have it our way? Will we set aside doctrine for independent choice? Will we drown out the voice of our conscience so that we may appear progressive, worldly, and mainstream? Will we override the anointing and spiritual power that God has given to the church in favor of our own self-endorsements or the worlds endorsements?

Will we push aside the church that is defined by truth, the Holy Ghost and apostolic authority so that we may robe-up in our own structural conceits? Will we be intimidated by charges of exclusive behavior and misinterpretation of scripture to such a degree that we yield to the idea that obedience to the Acts 2:38 command is of no particular value? Will we thereby accept our tendered chair at the broad able of Christianity as the quaint apostolic oneness folks?

What man wants is independent choice; and the scary thing is that he will often reach for this despite the resulting destruction of his own family, his own fortune, and his own advantages. Be aware that the moment we set aside the Bible and close the chapter on preaching the necessity of the baptism of the Holy Ghost we will be throwing ourselves to the whims of men; and men will act against advantage. Jesus said, I am the Way, the Truth, and the Life. What other advantage do we need? 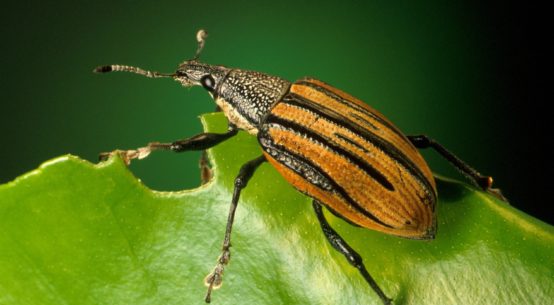 Kill The Bugs & Pull the Weeds: The Loss of Discernment