Skip to content
You are here
Home > In This Issue > Feature > Friends, Family and Faith At some point, in each of our lives, we all need someone to care about us and to share the joy as well as the sorrow that life may bring. We all need a shoulder to lean on, a helping hand; we all need a friend. We would like to introduce you to a church family that wants to become a friend to you and your family. The First United Pentecostal Church of San Antonio, Texas, pastored by Bro. James Jackson, is made up of people just like you, and is here to share everyday life with you. “We have all experienced the ‘ups and downs’ that come with life,” Bro. Jackson explained. “We would like to share with you the love and peace of Jesus Christ, the common denominator that brings us together as a family.”

First UPC is a church of diversity, and everyone is accepted and welcomed there. “Our congregation is composed of people of various races, ethnic origins, ages and social backgrounds,” said Bro. Jackson. “Our purpose is to direct people who are without any direction in their life to Jesus Christ, the Chief Shepherd. We do not have a particular ‘method,’ but our desire is to encourage and motivate our congregation to participate in constant and consistent outreach. I encourage the congregation to be divinely influenced by the Holy Ghost at all times to be able to minister to the needs of the people they meet. I encourage them to believe that God can use anybody at any time; we just have to make ourselves available.”

According to Bro. Jackson, the key to having and maintaining a revival church is to obey the great commission as stated in Mark 16:20 — “And they went forth, and preached everywhere, the Lord working with them, and confirming the word with signs following.”

“This very year we saw a woman’s arm lengthened,” said Bro. Jackson. “She had been in an accident and one arm was significantly shorter than the other. That service, while I was preaching, she stood up, walked to the front, and showed everyone that her arms were the same length again.”

While growing up in Dallas, Texas, Bro. Jackson always wanted to be a preacher just like his father. “I was brought up in a Baptist pastor’s home but did not have the Holy Ghost experience,” he said. “I eventually joined the Air Force and was sent to the Philippines where someone invited me to a Pentecostal church service. It was there that I received the Holy Ghost at the age of 20.”

Bro. Jackson began his ministry in 1986 in the Philippines at the age of 23, and then in 1987 he was sent back to the states, specifically San Antonio. It was during that year that he became the chaplain at Lackland AFB under the UPCI. “In 1989, I started as the Christian school chaplain and won many students, as well as their parents, to the Lord,” said Bro. Jackson. “In 1990, I became the Youth Pastor at First UPC of San Antonio and had a very successful youth group, and God opened the door for us to win many souls. In the span of about six months, 30 new families were added to the church and many are still at this church and involved in various aspects of ministry today.” Out of this ministry was born a Bible study that Bro. Jackson produced and had copy written, Salvation Made Simple, which is taught all over the United States.

In 1996, Bro. Jackson became the Assistant Pastor at First UPC of San Antonio and subsequently started another base work that grew to over 1,400 people from all denominations. “We continued that work until the base shut it down in 2000,” explained Bro. Jackson, “which is the year that I became the Associate Pastor.” Having previously served as Home Missions Director for the South Texas District, and on the Black Evangelism Committee for the UPCI, Bro. Jackson is currently the Presbyter of the Southwest Section of the South Texas District. In 2006, he was voted in as pastor of First UPC of San Antonio. Bro. Jackson, his wife, Rose, and their daughters, Hannah and Ruth, are proud to serve that church.

When it comes to ministry, Bro. Jackson enjoys teaching Bible studies, as that is what started his ministry. He also loves teaching about the Oneness of God, baptism in Jesus’ name, and the infilling of the Holy Ghost. “My ministerial philosophy is prayer, fasting and reading the Bible,” he said. “I believe that listening for God’s voice to lead and guide this church is the only direction and purpose I have in my ministry. If I am not in a position to hear what God has for this church, then how can we do what he wants us to do as a church body?”

As true followers of Jesus, the church family feels that they must be “moved with compassion” by the needs of their neighbors and their community. “Our church is composed of several different ministries to help people with needs and to cope with everyday life issues,” said Bro. Jackson. “We hope that this is shown through each ministry that our church offers as a service to the community. We hope that the love and hope that Jesus Christ has shared with our church family can be expressed to them.”

The New Life ministry offers a class for new church members, which is held periodically throughout the year and taught by Mark Morales. “This is an interactive class where we share what the Bible says about many different topics including salvation, walking by faith, family relationships, parenting and much more,” said Bro. Jackson. “The class uses an open format, and questions are encouraged.”

The church also places a high priority on involving youth in the Kingdom of God, and with the Ignite Student Ministries, they are truly “igniting” a desire to know God in a Godless generation. “We believe that every student has been called to serve a purpose in God’s kingdom,” explained Bro. Jackson. “Our objective is to teach and create an environment where students can build a solid foundation with Jesus Christ. I believe that with fun, creativity and passion, we can build a new generation of worshippers and impact our community, city and world.”

Under the direction of Sis. Lexi Lucas, the mission of the Music Ministry is to proclaim the gospel of Jesus Christ, through music, to the world, and to offer worship and praise to God, while ministering to the body of Christ. “We understand that it is not talent that destroys the yokes in the lives of men and women, but the anointing of the Holy Ghost,” said Bro. Jackson. “Therefore, we are determined to pursue after God in such a way that our lives are a reflection of His glory, and the witness of His Spirit would be apparent in our ministry of music here at our church.”

With a host of other ministries ranging from Women’s Support Group, Men’s Ministry, college and career classes, and care groups, there is something for everyone to be involved in at First UPC of San Antonio.

Organization is essential to a growing revival church. With a full-time administrator on staff who facilitates coordination within the departments, this helps keep everything running smoothly. “We have monthly meetings with all leadership regarding all aspects of their departments and their role in the church,” said Bro. Jackson. “They have monthly reports that give details of any departmental meetings, and each director and their respective sub-directors have job descriptions that are updated as needed. The staff administrator has a yearly planning session with all department directors as well.”

According to Bro. Jackson, the entire church is involved in some form of evangelism while about 25 percent are involved in ministry. “We encourage our people to start their day asking God to lead and guide them to some hungry soul,” said Bro. Jackson, “and once a year we have a ‘Ministry Discovery’ to showcase all of our departments and ask people to sign up and become involved.”

As a result of evangelism, outreach and ministry, First UPC has seen a steady rate of increase in attendance with a current growth rate of about 10 percent a year. “Our average attendance for the past five years has grown from approximately 230 to 370 on Sundays,” said Bro. Jackson. “Our numbers of conversions last year were between 25 and 30 people.”

The First United Pentecostal Church of San Antonio is reaching the city one soul at a time, to the extent that all flesh may experience the good news and hear the teaching that Jesus Christ was born, died and rose again because He loves the soul of man. This is being accomplished not only in the local church but in their three daughter works as well.

The current facility of the First UPC of San Antonio was built in 1973. “Bro. and Sis. Lawrence King were the masterminds behind the funding of the new building,” explained Bro. Jackson. “They sold a lot of peanut brittle and bonds, and it is my understanding that they received the interest from the bonds as they matured, and this is where the majority of the money came from to buy the land and build the current facility.” The sanctuary seating capacity is approximately 650, along with six actual Sunday school classrooms and a large Fellowship Hall with a conference room attached for small meetings. Currently, their Spanish daughter work is using the Fellowship Hall as a meeting place until they can find another building.

Bro. Joseph Twilley started the work in San Antonio in his house in 1952. The church was then opened on Carolina Street in 1953. In 1955, Bro. Lawrence King was voted in as pastor until 1988 when his health started failing. It was in 1988 that Bro. Timothy Wallace was voted in as pastor. He remained as such until the year 2006, when he physically could not pastor any longer. Bro. Jackson was unanimously voted in as pastor in February of 2006.

First Pentecostal Church has growth and expansion in its future. “We are currently planning on purchasing land that is adjacent to the property the church currently owns,” said Bro. Jackson. “We plan to build a Youth Center/All Purpose Building and have a playground with a covered pavilion with basketball and volleyball courts as well.”

Bro. Jackson has promoted spiritual growth and maturity while reaching beyond the walls and into the hearts of the community. Under his direction, the Holy Ghost is being poured out; daughter works are being birthed; miracles, signs and wonders are being experienced; and the vision yet remains – to reach the city of San Antonio with the gospel of Jesus Christ. 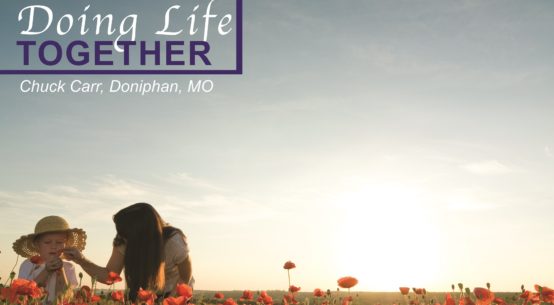