I heard this phrase the other day and was not quite sure what it meant. Two boys were wrestling, and the one who was pinned to the floor was advised to tap out. Tap out! Tap out! the dominant boy demanded. After some research, I discovered that tapping out in jujitsu references the moment when ones opponent has imposed a chokehold and thereby is in control. The unfortunate combatant may signal his submission by tapping on the dominating warriors body. This is called tapping out. However, it only applies during a practice situation or a sporting contest.

The more important question is, What happens in a real fight? Can you tap out? The truth is that in a real fight one cannot just tap out. There is no surrender. You must win!

If God has saved you, called you to new life in Him and blessed you, then be prepared — the enemy will attack you. He is as a roaring Lion seeking to destroy (1 Peter 5:8). It is not a game. You must not tap out. A chokehold is being applied to every Christian today, especially young Christians. Forces attempt to choke off the anointing of God and every good intention. But submission is not an option, because it means loss. It means death. Christians, young Apostolics, must win. And they can win; however, they wont achieve victory by merely working at it lackadaisically in a half-hearted attempt to appease parental expectations. They wont win if they compromise and blend weakly into the carnal world around them. They will win by giving ALL. It is all or nothing. There is no option to tap out.

Our great nation does not have the option of tapping out. The battle for democracy is not at the practice or theoretical level. Its a winner-take-all confrontation. The enemies of individual liberty are not seeking a compromise. America has been a moral country and has a moral constitution designed to protect our freedoms. Yet, the anti-God, socialist crowd believe they are creating a utopia, and the old concepts that uphold Americas constitutional right to life, liberty, and the pursuit of happiness are in the way. This is not a hypothetical, irrelevant classroom discussion. Our nations present situation is the real battle with live ammo. Someone will lose. No one has the alternative of tapping out. It is a serious time.

The Church faces a parallel struggle in the battle against self-destruction. The power of the world is not the issue — but our attitude is. When Moses led the escape from Egypt it came down to faith and attitude. The minds of people were muddled and unsure from the beginning. They had forgotten the power of freedom. They were not sure they wanted to pay the price. The path to freedom through the Red Sea was a walk of faith. They insulted Moses by wishing to go back into slavery. Shocking! They wanted to tap out. Their focus became the pursuing Egyptians, the uncertainty of the Red Sea, and the surrounding mountains. They faithlessly discounted Gods provision. He had filled their saddlebags with gold, provided an anointed leader, and given them divine assurance to fear not! Thankfully they overcame their insecurity, doubt and bad attitude. They trusted God, and as He had promised, He delivered them. And the enemy? The Egyptians? The depths have covered them: they sank into the bottom as a stone. (Exodus 15:5).

Some have suggested that the church will not have enough young men and women to step up and confront the challenges of the endtime. It is a staggering thought. I do not believe thats true. However, there is one caveat. We must remain Spirit filled and Spirit led. If this generation truly receives a revelation of the Mighty God in Christ, if they will hold on to Jesus name baptism, experience real revival, real Pentecost, they will be compelled to move forward. They will not tap out.

As elders, we cannot afford to lead them into pretend religion full of hypocrisy, self-promotion and feigned experience. This will not cut it. But, if our pulpits are filled with indisputable, anointed preaching I believe that the Spirit will knock on the hearts of this generation and they will answer. Todays youth understand where they are. They already know this is a real fight. They know they cannot tap out. They get it. It is not practice and they realize that if they tap out – death rules. They sense the dangers. They may not be fully aware of the consequences of living without a true spiritual relationship with God, and they may not fully grasp the whole of Gods will in their lives, but one thing they know is that this is their hour and that they cannot draw back. We must create opportunities for them to reach their goals and fulfill the call God has placed on their lives. We must encourage them to stay focused on spiritual things. We cannot be distracted. The last days demand laborers. We must train Apostolic leaders, preachers who are ready to cry out against evil, ready to be a certain sound piercing through the cacophony of carnality and worldliness that surrounds them.

I like Michael Novaks remarks about biblical faith and walking with God from his book No One Sees God. He says, It requires an appetite for bravery for going into the unknown territories alone to wrestle against inner demons, and a willingness to experience darkness, if darkness comes. Faith is not for those who seek only man-made pleasures. It is no easy task that lies ahead for the young church. It demands putting away childhood. It will require of them spiritual maturity and wisdom. But, when they determine to maintain a right attitude and when they exercise their faith God will provide. This is a Red Sea moment. They will not tap out! 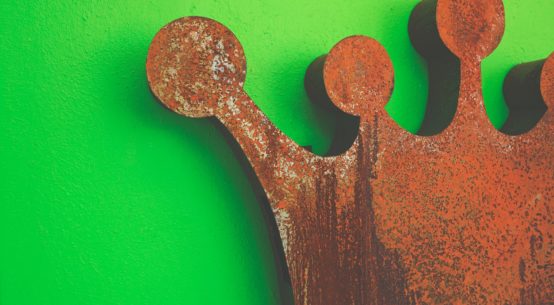