Stay On the Wall by Brian Labat

Lt. Hiroo Onada, a WW2 Japanese soldier, was left on the island of Lubang on Dec. 25, 1944 with the command to “carry on the mission even if Japan surrendered.” All efforts to capture and convince him to surrender failed. Over 30,000 men were used to try and locate him and almost half a million dollars was spent trying to convince him the war was over.

He ignored messages from loudspeakers announcing Japan’s surrender and that they were now allies of the United States. Leaflets were dropped from planes over the jungle begging him to give up so he could return to Japan, but he refused to believe.

Finally, on March 10, 1974, 30 years after the war had ended, Onada surrendered his rusty sword after receiving a personal command from his former superior officer who read the terms of the ceasefire. Onada handed his sword to President Marcos who then pardoned him. The war was finally over.

Unlike Lt. Onada, we’re still in battle. The devil and the forces of darkness are just as real as they’ve ever been. In fact, there’s never been a time when there’s been such an all-out attack against the church.

When John identified this last-day battle …“Woe to the inhabiters of the earth and of the sea, for the devil is come down unto you, having great wrath because he knoweth that he hath but a short time” (Rev.12:12).

Peter called his an “untoward generation”… I wonder what he’d say about ours?

While men die, the spirits that drive them don’t. The insidious spirit of Sanballat and Tobiah that tried to talk Nehemiah down from the wall is still alive and well in the earth. That spirit of oppression and discouragement is doing everything it can to get us to surrender to the pressure, question our faith, lessen our efforts, ignore our walk and forsake the place of our calling!

If there was ever a time we need to stay committed, hold to truth, contend for faith, and continue in the work whereunto we’re called … it’s NOW! Now is the time to fight, stay focused and get our faith back.

“And such as do wickedly against the covenant shall he corrupt by flatteries: but the people that do know their God shall be strong, and do exploits” (Dan.11:32).

The Enemy Will Use Every Tactic to Talk Us Down

Nehemiah called the building of the wall “a great work.” Undoubtedly he had a burden and call from God to go to Jerusalem and rebuild the walls the enemy destroyed and burned with fire. The enemy is still about death and destruction. The devil wants to destroy everything he can … your home, family, marriage, ministry, faith, commitment, walk, revival! But, like Nehemiah, the church is called to get up on the wall and disrupt his plans, foil his intentions, halt his campaign, and stop his forward progress in the earth.

The reason the devil hates the church is it’s been given the ministry of reconciliation. God’s designed it as the vehicle to bring people back to God and restore what the enemy destroyed. The church is the only right thing left in a wrong world.

I don’t know how long Nehemiah was on the wall before the enemy came, but when you start doing something for God it’s only a matter of time.

When Sanballat heard that Nehemiah built the wall he was wroth and took great indignation against the Jews. “What do these feeble Jews? Will they fortify themselves? Will they sacrifice? Will they make an end in a day? Will they revive the stones out of the heaps of rubbish which are burned?” (Neh.4:2)

When that didn’t stop them the enemy came and tried to talk him down. “You’re wasting your time. Why don’t you come down? It’s never going to get built.” But Nehemiah said, “They thought to do me mischief.”

The devil hates the very thought of you doing something for God. That’s why he mocks your intentions, scorns your burden and ridicules your effort. He’ll use every tactic, means and method to try and discourage you and get you to give up.

He’ll tell you you’re not good enough – he’ll attack your calling and try and get you to question your gifts and ability; get you to compare yourself to others on the wall, make you believe you don’t have what it takes. You’re not strong enough – try and make you believe you can’t stand under the pressure; it’s too tough and the battle too hot. You’re not spiritual enough – make you question your walk. You don’t pray, fast, or get in the Word enough. What do you expect? That’s his business … he’s the “accuser of the brethren” (Rev.12:10).

“He was a murderer from the beginning, and abode not in the truth, because there is NO TRUTH in him.  When he speaketh a lie, he speaketh of his own: for he is a liar and the father of it.” (John 8:44)

We’re not ignorant of his devices. It’s time to rise up and resist his voice and do the will of God.

We Don’t Have to Have it All Together

The reason we get discouraged and quit is because we give up too soon. Just because we don’t see anything happening doesn’t mean God’s not working.

When the enemy came and tried to talk Nehemiah down, I was reminded of what he said, “I am doing a great work so that I cannot come down” (Neh.6:3). When he said that, the wall wasn’t complete, not even close.

God reminded me I don’t have to have it all together for God to be in it; have all the pieces in place for God to sanction it; a perfect life, home, marriage, church, ministry to do something for God.

“Being confident of this very thing, that he which hath begun a good work in you will perform it…” (Philippians 1:6).

Regardless of where I am in the process it’s still a good work, and it’s worthy of my prayer, devotion, toil, sacrifice, effort, faith, blood, sweat and tears.

You say, “I’m not a somebody!” Who said so? The devil’s good at making us believe we’re a “nobody”!

Nehemiah wasn’t a “somebody.” He wasn’t born with privilege; he was nothing more than a slave, servant, cupbearer. What got his name on a few pages of the Holy Writ is that he got a burden, answered a call, engaged in the work and refused to come down.

You say, “I’ve made some mistakes … who hasn’t? Abraham was a liar, Moses a murderer, David an adulterer, and Peter a betrayer. “A just man falleth seven times but riseth up again.” Shake off the accusing voice of the enemy and get back on the wall!

I Can’t Come Down…

There’s still more work to be done! The wall is not yet complete! “My meat is to do the will of Him that sent me and to finish His work” (John 4:34).

There are still more sermons to preach, songs to be sung, souls to be won, classes to be taught, offerings to be taken, churches to be built, missionaries to be sent, ministries to establish.

There’s no such thing as retirement in the kingdom. No matter where you are in life there’s still a work to do. You’re needed on the wall … we need your hands, feet, mouth, knowledge, wisdom, resources, prayers, finances, support.

“For God is not unrighteous to forget your work and labor of love, which ye have shewed toward his name, in that ye have ministered to the saints, and do minister” (Heb.6:10). I’ve been entrusted with a part of the wall, and it’s my job to make sure it gets finished.

Did Nehemiah ever get discouraged? I’m sure. What kept him there? Not a vision or supernatural encounter . . . just the call, his faith in God, and the cause for which he built.

“The enemy said, We’ll swoop down and kill them and end their work. Nehemiah placed guards at the lowest parts of the wall in the exposed areas to stand guard. He said, Don’t be afraid of the enemy! Remember the Lord who is great and glorious, and FIGHT for your brothers, sons, daughters, and your homes. So they returned to the work on the wall but from then on they carried on their work with one hand and held a weapon in the other” (Neh.4:11-17).

God is calling us to pick up our weapons and get back on the wall! 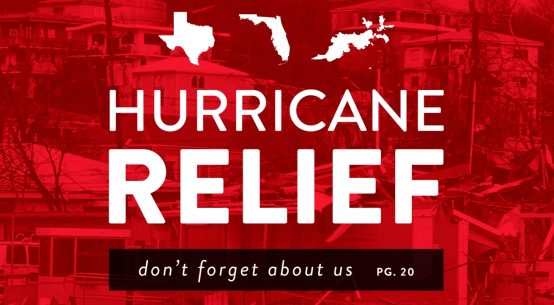 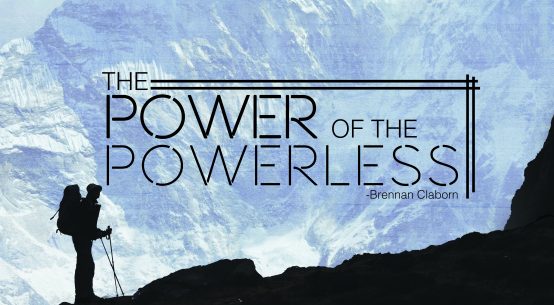 One thought on “Stay On The Wall”