24-4 – Preaching: Insights I Have Learned

Clifton Jones, Philadelphia, MS— We have too much soft preaching in hard times. Evil has always been in existence, but the difference now and when I came along as a young minister is that there were always those messengers of God who cried out against evil. There are not enough voices crying in this wilderness of sin to remind people that God has not changed, holiness is still right, God is yet in charge, and sin will be punished.

When I first started 48 years ago, I didn’t see the value of writing out as much as possible the thoughts God has given me. If I had done that, I would have a greater accumulation of information.

Kenneth Carpenter, Maryville, TN — I’ve been preaching since 1980 and prepare around four sermons a week. I wish I would have known then the importance of praying before the preparation of the sermon. God never promised to anoint our thoughts about the Word. He said He would anoint the Word. Prayer puts us in tune with the spirit of God. Ministers should pray and have sincerity. Today’s preaching is more personality-driven than purpose-driven. If you have a sincere spirit, the congregation may overlook mistakes you make in grammar or even mistakes in being too harsh in your mannerisms. A sincere spirit seems to emanate to the congregation.

Richard D. McKinney, Phelps, Kentucky — I wish I had known how to be more sensitive to the Spirit. When we let the Lord lead, everything else takes care of itself.

I also wish I’d known how to give a better altar call. Outside of the preaching itself, it is the most important part of the service. Anybody can preach, but if you don’t have a closing altar call and don’t allow the Spirit of the Lord to minister in that area, nothing you did prior to that accomplishes change. You may have gotten people excited, even informed people but it didn’t change them. The altar changes people.

Jerry L. Burns, Rio Rancho, NM — When you get in the pulpit, you have the audience’s full attention. Immediately engage them. If you don’t, their minds are going to wander. Don’t spend a lot of time on “fluff” and all the pre-sermon formalities. Every few minutes, insert a personal experience that will draw people’s attention back to you. People love personal experiences.

The methods of preparation have changed. Old-time ministers would start on a Monday morning and just read the scripture. Then they would prepare their sermons around a scripture. With the advent of so many electronic devices and resources, sermons are more centered around a theme.

As a brand new minister, I was probably more concerned with formulating a sermon with all the hermeneutics principles, opening statement and transitions you learn in Bible school. If you’re working under a man, study carefully how he does it. After 44 years, I preach about two times a week. I am much more focused with preaching to people’s individual needs. I believe preaching is every bit as fervent as it always has been. I would be very hesitant to cast dispersion on anyone’s motives. Sure you’re going to see your isolated circumstances, but we’ve always had them.

Mark Moore, Atlanta, GA — I’ve been preaching since 1985. When I was younger, preaching was maybe not as artful in some respects but more persuasive and convicting certainly in the Pentecostal and Apostolic circles — and it was to draw people to Christ.

The trend in modern preaching is sometimes more psychological and aimed at building a preacher’s career. The stories are aimed to show you how deeply spiritual the preachers are and how superior they are. It is sometimes done so subtly that the unsuspecting sheep don’t even catch what’s happening; but the preacher is actually building a following for himself, rather than Jesus Christ. There’s a group coming that’s more studious. However, they’re less prayerful. Being anointed comes through a lifestyle of fasting and prayer and consecration.

Gary Ellis, Clarksville, TN — Every man has a bent toward something. Some men have a bent toward the operations of the gift; some toward worship and praise, some holiness. If he is not deliberate, though, he will guide his church to be strong in one or two areas and be completely imbalanced in others. I preach a lot of sermon series now. And I preach in all the areas that I know are important for Apostolic life: marriage and family, relationships, conflict resolution, doctrine and theology, finance, childrearing and holiness. I didn’t know to do that when I started 31 years ago. I preached more toward my personality and my own personal passion, so I had a soul-winning church. But I had people who were not very relational.

When I got saved, the men I heard were really powerful in spiritual matters. They may not have had the balance to preach prosperity and success, but they were strong in convictions.

I advise young ministers to stick to the simplicity of the Gospel. Learn how to preach the Oneness message. Learn how to reach souls — bloom where they are planted, stay humble and submissive and let God open doors. 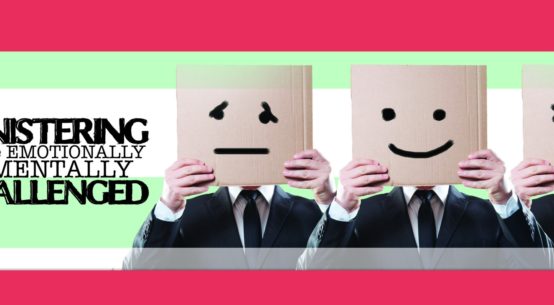