Skip to content
You are here
Home > In This Issue > From the Publisher > Turning, Turning

Turning and turning in the widening gyre

The falcon cannot hear the falconer;

Mere anarchy is loosed upon the world,

The blood-dimmed tide is loosed, and everywhere

The ceremony of innocence is drowned;

The best lack all conviction, while the worst

Are full of passionate intensity.

From: “The Second Coming”   By: William Butler Yeats

It’s insanity or at least a bad case of self-delusion not to acknowledge the rising flood of anarchy. It is not a prediction; it is a reality. Dare to look through the cracks of the broken walls in your own family, among your friends, and in your church, and you surely would not deny the rising angry tide of darkness and falsehood that is weakening our foundations.

Observe the roaring winds of prideful humanism and a hundred other “isms” that are ripping out of our hearts and hands the spiritual values and political principles upon which America’s great democracy has been built. Far worse are the contrary winds of this “present world” that are blowing some churches off course and far from the shore’s essential doctrines. Churches, once strong in Apostolic resolve, are adrift. Picture a bag of money that falls from an armored truck and bursts open, and the winds blow it away with no regard to its worth. The anarchy that the famous Irish poet warned of and predicted would happen about two thousand years after the death of Christ is upon us. Hopefully, we are starting to get it. But acknowledging the present danger is not the same as acknowledging the cause.

The cause is the genius and the hook of this powerful literary prize from Yeats. “The falcon cannot hear the falconer.” Once the bird has lost its ability to hear the master, “Things fall apart; the centre cannot hold; Mere anarchy is loosed.” No longer subject to the voice of direction and guidance, the bird of prey becomes a target for the predator.

Yeats, in his opening lines, tells us why this failure of communication was happening. The poet identifies a “Turning and turning in the widening gyre.” This revelation is both profound and instructional. The relationship between the falcon and the falconer tolerates a certain amount of space; however, when the space becomes increasingly broad, when the space itself becomes as a “gyre,” or vortex that pulls bird further and further from the voice of command, this is where the problem arises. The turning and the pulling of the vortex is alluring and disorienting at the same time.

We face more than historical drift, which itself is a serious matter, but is predictable, normal and easily defined. What Yeats sees, and what I believe is attacking culture and the Pentecostal movement today, is a force that pulls people away from foundational principles, creating a disorienting deafness that unleashes a type of anarchy. It is in this environment of chaos in which innocence is lost, or drowned. We are witnessing this destruction and its consequences upon culture, society, and the church. The ‘best’ lack all conviction, while the ‘worst’ are full of passionate intensity toward the thoughtless practicing of evil. Shocking! How can this happen?

Turning, turning – such is our day. But something deadly happens in this turning. Like Yeats’ falcon, we move further and further from the range of falconer’s voice. It’s a slow divorcement. It plays out because we lack conviction toward our need for the falconer’s direction. A dullness of hearing occurs as each moment widens the circle. It’s subtle.

It is the very enactment of the scripture, “ears to hear but we hear not.” We’ve flown out of range. We see ourselves as doing the same acts, we rationalize that we can yet see the falconer. We perform the familiar motions, take the same actions, hold steady to the same patterns, but it’s a false sense of security. Such behavior demonstrates a loss of conviction about the seriousness of our need for communication and obedience. Dullness of hearing turns to arrogance.

The falcon no doubt sees himself as the same falcon with or without the falconer. He flies, he soars on the thermal lifts. He feels the same, he has power, he surfs the winds, and it all feels good.

Turning, turning, preaching, singing, having church, we fly as we’ve been trained. But the deceitful element is the “ever widening gyre.” Such unmeasured thoughtless circling takes us out further, little by little, and because nothing is apparently radical, it all seems well. But quickly the circle widens…and the point of disconnection goes unnoticed. Yet the end result is fatal – we cannot hear God.

The falconer calls, he incites, he begs; but the widening gyre leads to “lostness.” Silence. Both falcon and falconer are now alone. The need for communication becomes critical, but impossible. The power and significance of the relationship that once was is now overwhelmingly apparent. The substance and meaning comes into focus. But it is too late. “The centre cannot hold.”

The sanctuary without the presence of God is just another manmade house of symbolisms. A church without the anointed Word has no real communication. Remembering old time Pentecost as part of our history is irrelevant to this generation. We must draw nigh to God now. Divine communication is vital. Preach, man of God, preach. Resist the pulling vortex of worldliness and self-indulgence. Resist the temptation to ignore the voice of righteousness and holiness. Resist the desire to make disciples unto yourself. Resist the allure of ‘freedom’ from the falconer. If we fail here, we will find ourselves in complete isolation from the hope of the Spirit, alone with our human efforts, without the great blessing that comes when we dedicate ourselves to communion with God.

Wrestling With God in Two Worlds 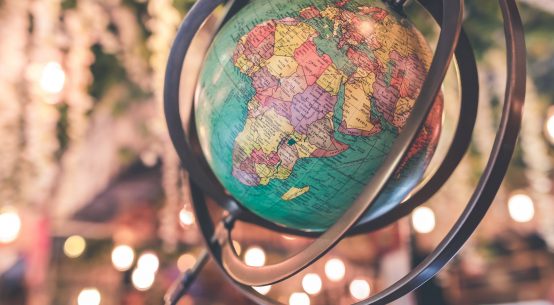 Paul Mooney – The Things That Are In The World