Two Popes, one retired and one active, and both living in the Vatican. Paul Elie in his article in the May 2014 issue of “The Atlantic Monthly,” discusses this amazing, historical, and dramatic moment. The article entitled “The Pope in the Attic: Benedict in the Time of Francis” reveals that there are some issues surrounding this unusual situation. Elie examines the interesting paradox, “For the first time in 600 years, we have a living ex-pope. What’s it like to be Benedict, who now has to watch in silence as his successor–the man whose papacy he made possible– cheerfully dismantles his legacy?”

The article’s focus is not altogether about the trivial sorts of things one could easily imagine, such as the proper protocol and the historic drama of the situation. Elie touches the more serious issues, and one could argue that these issues are not just “Catholic” in scope, but are pressing matters for the whole of modern Christianity’s perceived importance as a life-changing, culture-changing force.

To date, Pope Francis’s most shocking statement, in my view, and one which has grave consequences for the whole of Christian thought, is pointed out by Elie: “’Who am I to judge?’—Francis’s remark about gay people—was a sharp turn away from Benedict’s view that the role of the Church is to render judgment in a world in thrall to ‘a dictatorship of relativism.’ Francis’s offhand statements and openness to new approaches make clear that he is a very different pope—and unless Benedict has lost his mind, he cannot be altogether happy about it.”

I read this article while flying with the UPCI Executive Board on a recent trip to Israel. We were guests of the State of Israel on a beautiful tour of many of the historical sites – A great time was had by all. I had been invited, while on an earlier trip to Israel in March of this year, to return to and visit an old and renowned monastery. On the March trip, while at the Jordan River, I was privileged to baptize a member of the monastery in Jesus Name; and they had asked me to come speak to them about Pentecostalism. I slipped away from our group, accompanied by my wife Micki and daughter Jaye, and spent a day with the some of the leaders and sisters at the monastery where we had an insightful three-hour conversation about the modern Pentecostal revival and its significance as the means of establishing a new world theology. We discussed what I describe as a “reset” by taking a fresh look at the upper-room outpouring of the Holy Ghost. What came up (not explored but mutually understood) as one of the hindrances of any kind of global Spirit-revival is the issue of “relativism.” Our talk kept bumping into the matter of authority. What is applicable to our day? Who can say what? Who can judge? It took me back to the article I had just read on the plane. I mention this meeting only to point out that here we were, two worlds interacting together (Pentecostalism and Catholicism), each of us hungering for God’s divine anointing, yet knowing that any revival, any convincing reading of the scripture, any sermon or Bible study’s effectiveness stands or fall on the issue of relativism.

Once you begin to think, believe, and advocate that the authority of the work of God is relative to something else – anything else – then such relativism becomes the dictator. Everything is then subject to the “dictatorship of relativism,” as Elie puts it. If the word of God is not “forever settled,” (Psalm 119:89) if we are prohibited from making any judgments based upon the word of God, then all is lost.

About Pope Francis’s statement, Elie answers the question with a question: “‘Who am I to judge?’ Who, indeed? It is not a simple matter; it cannot be. In the end there is a need to judge and be judged, is there not? We are, he and I, successors to Peter, keeper of the keys to the kingdom. Who will judge, if not us?”

Any casual observer should be able to see that we are confronting a “Christian” world, not just the secular humanist world, which readily rejects the idea of truth and absolutes, including morals, values, and doctrine in general. Many Christians even reject Jesus as the only Lord. The drivel that is being accepted and repeated on so-called “Christian” television is beyond belief. Are we so politically intoxicated that we have lost the ability to make a judgment, to make a call?

Welcome to a judgment-adverse world ruled by the dictatorship of relativism. Everyday, so it sometimes feels to me, the messages arrive, in one clever, well-crafted form or another, telling our church people and our family members that what one believes doesn’t really matter. They say that we are looking through an old stained, cracked, smoky glass. That our perception distorts what we see. Therefore, how can we really know or trust anything at all? Meaning is lost. It has all been warped with time. So, because we can’t know what we can’t know, we must just love God. Sometimes, the message is not disguised at all: it’s summed up in a mere question. “Who am I to judge?” and “Who are you to judge?” 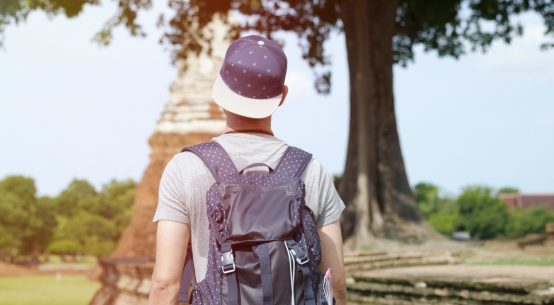