Skip to content
You are here
Home > In This Issue > Plainly Speaking > From Prison to Pulpit, The Kelly Caywood Testimony

Pastor Kelly Caywood, tell us a little about yourself.

I pastor a home missions church, and God is blessing. We evangelized for 4 1/2 years and while doing that, we also helped with other home missionaries. God used us in a different way. We didn’t even do outreach for a week or so after we got there because teaching and training was so necessary beforehand. However, many churches we went to would double or triple within a year.

At 11 years old, my dad called me into the house and told me that he and Mom were not my real parents and that I had been kidnapped when I was 18 months old. They had adopted me when I was two years old. I said, “If you’re not my dad, then you can’t tell me what to do,” then I left and went to a party. A 17-year-old guy came in and said, “If you really want to get high, stick your arm out. It’s just going to be a little prick.” He gave me a shot of meth. That was the beginning of my 30-year meth addiction.

Up to that time I had attended church with my adopted mom. She raised me in the truth in Baytown, Texas, under Pastor Ford. But when I found out that I was adopted, I stopped going to church.

I was arrested many times for various reasons – drug trafficking, drug possession and other drug-related convictions. My third time in prison I did six calendar years. I was going to prison for the fourth time when the judge said, “Mr. Caywood, you are a menace to society. I would give you a life sentence today, but because of the laws of Texas, I have to give you a court-appointed attorney; but when you come back here in three weeks, I’m going to give you that life sentence.”

I walked into the holding cell. It had about 60 men. There was a Bible on the ground. I picked it up, walked over to the bunk and knelt down and said, “God, I know you’re real. I just don’t know how to get to you. I can’t beat the dope, the alcohol, the cigarettes. If you’ll help me this one last time, I’ll always tell somebody what you did for me.” God immediately filled me with the Holy Ghost, and I never smoked another cigarette from that day forward.

While in jail they called me to do a job. The deputy said, “You’re fixing to go to jail for a very long time. So I need a classification worker. It’s going to be easy. Five hundred to 600 inmates are going to come off the jail main floor, and you’re going to put them into a holding cell. Easy.”

I asked God what He wanted me to do with 500 men. He said, “Speak to them one at a time.” The first time I walked into the holding area and asked if anyone wanted to say a prayer, 66 men stood up. After that my jail Bible study group went from 66 to 1,700 men a week. The deputy came and pulled me into a holding cell and said,”Caywood, you’ve been coming in here all your life. But you’re not the same person now. Tell me about this baptism in Jesus name.” I ended up teaching Bible studies to 22 different deputies.

I got an attorney and went from a life sentence to one year in the county jail with time served, but I was placed on a 14-year parole. The people who were supposed to let me go ended up keeping me on an old parole violation and sent me to another facility. I was there for seven days. I then ended up in another facility across from the Texas District campgrounds. I was there for a year and a half, and they moved me to a facility for first and second-time offenders, even though I was a four-time offender. One in 47,000 men gets the opportunity to do that.

I was only there for 2½ months before they asked me to be in a group that teaches the drug program to 60 men for eight hours a day, five days a week. One in 147,000 men gets that opportunity.

I was only supposed to be there for nine months. At 11½ months, I stood up in chapel service and put the Word of God on the ground, stood on top of it and said, “If anybody will stand with me, I believe I will be in church Sunday with my mom.” Twenty-four hours later they knocked on my door and said, “Caywood, I don’t know what’s going on. They’re sending you to Huntsville, Texas.”

When I went to Huntsville, they told me I had a 10-day detainer for a bad check I’d written years before. Two days later they came and got me. They had decided that if Tyler, Texas authorities didn’t come to get me by 2 o’clock they would release me.

At 1:30 they called my name. I said, “Hallelujah,” but when I got outside there was a deputy waiting for me from Tyler. He handcuffed me. In the course of the drive, he turned and said, “What’s your story, inmate?” I said, “I’m glad you asked. I was a 4-time loser but a lifetime winner in Jesus Christ. I’m not ‘once an addict, always an addict.’ I’m not a recovering addict. I’m an addict delivered by the blood of Jesus Christ!” He said, “I’ve never met anybody like you. But I’ve got bad news for you. Your judge is on vacation for the next seven days.”

When we got to Tyler, he came back to me and said, “I told the judge your story. The judge said he would come up here on his day off if you will agree to stay one more night in this jail and go from cell to cell and tell everybody what God has done for you.” I got out the next day and went to church with my mom.

In 2008, for the first time in my life since I was 11 years old, I got off parole. As a result of my receiving the Holy Ghost, 23 members of my family have come to know Jesus Christ. My 89-year-old Baptist grandfather and 77-year-old grandmother came and got baptized in Jesus name and received the Holy Ghost. It has been a remarkable journey.

What do you want people to take away from your testimony?

God is in the business of taking nobodies and making them into somebodies. If you have a relative on drugs, don’t give up on them. The key is loving people into the Kingdom of God.

How can you be contacted?

For more information and to purchase a copy of my testimonial book From Prison to Pulpit or a copy of the testimony DVD, visit Extreme-ministries.com 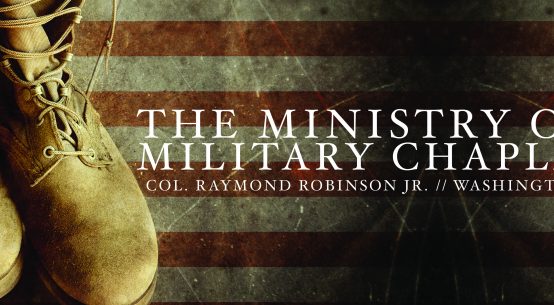 One thought on “From Prison to Pulpit, The Kelly Caywood Testimony”