Apostolic oneness believers have embraced a strong position. Jesus is God – He is God manifest in the Flesh. There is no compromise in that proclamation. To some it might sound appropriate, in the interests of evangelism or unity, to drop the absoluteness of the Bible’s revelation of the mighty God in Christ. But once it is conceded that it is a moot point and that it doesn’t matter, we arrogantly attempt to become our own authority. As D. A. Carson suggests in his book The Gagging of God, when God’s Word is rejected, we have rejected God.

“One view of God is as valid as another,” some say. Really? Does this mean that Trini-tarianism wins in certain settings, and Oneness scores in certain settings, and even dualism wins sometimes? And since, to extend this argument, “no one really knows, so let’s agree that doctrine is good only for division.” But may I suggest another strategy: a message that wins every time. No chance. No gamble. No uncertainty. No relativity. Only Jesus.

In today’s Christian environment, many people are looking for something that will strike a blow against postmodernism or the horrible moral condition of our society.

And we all can appreciate the sentiment to try anything. But rather than trying just anything, we need an absolute. We need a power that wins every time. A name above every Name. A truth that cannot fail. A sure foundation. “Contending for the faith that was once delivered to the Saints” is the mandate of all true apostles. It is the truth that makes for power and true salvation. Masses may be attracted to false things, but that should not prevent the preaching of truth.

The increase of false prophets and false christs and false wonders and false signs was told to us by Jesus himself as a sure sign of his return. (Mt.24: 1-27) We are not playing a game. We want to win. That’s why, hopefully, we will encourage one another to preach Christ, and to keep pointing people to the Bible as the word, the roadmap, the guide.

However tolerant and intellectual it may make us feel, hammering out superficial language to justify a blending of truth with false doctrine is deceitful. II Corinthians 4:2 “But have renounced the hidden things of dishonesty, not walking in craftiness, nor handling the word of God deceitfully; but by manifestation of the truth commending ourselves to every mar conscience in the sight of God.”

Some modern things are perhaps best understood by going back and re-reading the m( sages of the ancient prophets. We may do so w] confidence. What and who we are as Christians is based on the words of the apostles and prof: ets. (Eph.2: 20) The principles, prophecies, and precepts they preached are foundational to our knowledge of God and His attributes.

Lessons may be learned from Israel’s often repeated sell-out to idolatry and materialism. One could drop in on almost any period of their history and find that the consistent problem was gross idolatry. The people failed repeatedly to obey God’s word. They could not tolerate the stigma attached to their relationship to the One Jehovah. Such a relationship did not fit their political ambitions. It stood in the way of their business deals. They smarted over the thought that it limited their influence in the broader world. They complained of Jehovah’s restrictions their creativity, on their intellect and, tragically, on their moral lives. They felt bound. They saw themselves in bondage to a cruel and heartless God who lacked their own sensitivities and wisdom. In this sense they saw themselves greater than God, wiser.

Disobedience is the opposite of obedience. It is failure, not success. It leads to destruction, not victory. Obedience is fundamental to God’s blessing, anointing, power, hope and salvation. There is no substitute for it. No other path is acceptable. Disobedience to God’s word brought down the nation Israel and it will bring down this generation of believers as well.

The idolatry of the Old Testament was born out of a desire to synchronize with false religions, to co-exist with idols. They sold out more often than they took a stand. They played a game…a theological game of thinking that they could win by deceitfully handling, trading or suppressing their knowledge of the one true Jehovah and synchronizing it with false religions. It did not work in converting the heathen and did not develop a true relationship with God. In fact, God sent them in to captivity to restore their right understanding of His word and his Nature.

I mean no hurt by this statement, but appeasing false doctrine by agreeing to work together in some way with those who espouse it, corrupts the meaning of truth. Sacrificing your beliefs in the interest of religious or political expediency, in hopes of eventually convincing them you were right or at least valid, is to lose the battle up front. It opens the door to a dark road of compromise. It becomes a tangled web, an inescapable pit of deception. Rather, preach Jesus, never look back, hold to the Word at all cost. The apostle Stephen and many others died defending the revelation that God had come in the flesh. Is less required of us?

Wind Madness in the Church 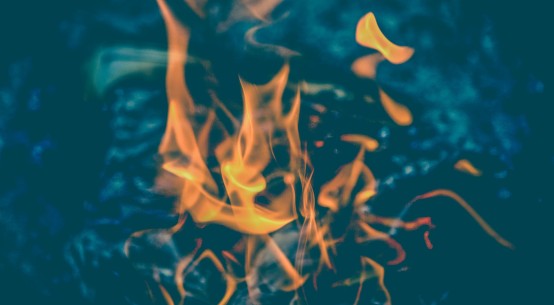