“For as he thinketh in his heart, so is he: Eat and drink, saith he to thee; but his heart is not with thee” (Proverbs 23:7). Herein lies a profound warning: When sitting to eat the dainty meats, keep in mind that the pleasure of the exquisite food and the generous hospitality may cause one to put aside the issues or fail to perceive hidden agendas. Such is the flattery of an enemy whose real agenda is to conceal his heart that he may deceive. The wise man alerts us in his proverb that what really decides life and death is the disposition of the heart. “Keep thy heart with all diligence; for out of it are the issues of life” (Proverbs 4:23).

The world is being reshaped and re-imagined, but not so much by nationalistic agendas as by the content and force of men’s hearts. In 1943, at Harvard University during World War II, Winston Churchill stated, “The Empires of the future will be empires of the mind.” He foresaw that ideas, not nations, would capture minds; and that ideologies would conquer the world. Men, he predicted, will gather around their own ideas, forsaking truth or their national identity and constitutions.

It is easy to see this prophecy coming true. One example is the shocking numbers of young people from America and other countries leaving their homelands and giving up their constitutional rights and liberties to join the murderous and radical group “Isis” in their battle for world conquest. Isis is selling a theology and an ideology (a system of ideas). Shockingly, they are attracting very high numbers of young women, who are willing to submit themselves to a horrible world of male domination and even slavery.

The question is inevitable: what is driving this? They are becoming ideologues. The pull of ideology on the mind and spirit can be an astonishingly powerful force. It’s like Charles Manson’s seduction of his core ‘family,’ but on a much larger scale. Ideas can capture the mind, both the good ideas and the bad ones.

The present danger for our young people should be prayerfully considered. Modern youth are being seduced by bad ideas. They describe their new ideas as being cool. They don’t see that certain ideas are shaping or forming a new ideology without their knowledge. The buy-in for them is about being “in the moment,” embracing the new; few of them consider the consequences, nor do they realize that they are playing with fire. They don’t see nor understand that what is being marketed and promoted is often injurious ideology -seeds of destruction. Very few of them understand that they are developing a belief system. But they are being deceived into doing just that. The result is strong delusion.

“Eat and Drink, sayeth he”… But his heart is not with thee. Delusion through ideology is nothing new (Hitler slaughtered millions through rhetoric and distorted ideology), but the power of today’s technology and communication make it easier and faster than ever before to bring people of like minds together. Take the fictitious, Internet character “Slenderman” who has been superficially encoded with a vile nature and evil heart. He is a purely fantastical creature built from the combined imaginations of a worldwide association of mostly young people who empower a meme through the Internet in such a way that it evolves into a wicked ideology. This imagery and utterly false ‘thing’ from the virtual world has become real in its power and influence. In recent days, it commanded two young girls to murder their mutual friend. Their cold-blooded confessions of obedience have shocked our nation. Thankfully their brutal attempt failed, but such is the power of an ideology.

If the ideology of a completely false virtual personality can be implanted into the hearts of our children, mobilizing them into an “Empire of the Mind,” then we have reached the day of gross darkness.

Churchill had it right: ideologies are capturing the world. Memes (an idea or behavior passed from one to another by non-genetic means) are developing every day. Unfortunately, this is happening even in our churches. The old path just isn’t cool anymore. Those with similar ideas group together. They form counter entities or little empires of thought, beliefs and ideas, within schools, churches and organizations. The younger develop codes and common clothing, signs and markings. For them it seems harmless. But it is divisive and bodes an ugly outcome for the future. Within our church culture, most mass-marketed ideas run counter to holiness, faith and biblical doctrine.

“One Lord One Faith One Baptism” is not a mere intellectual position; it is the truth that has been written upon our hearts by the Holy Ghost. “This is the covenant that I will make with them after those days, saith the Lord, I will put my laws into their hearts, and in their minds will I write them” (Hebrews 10:16). We are not at liberty to walk in light of our own fire (Isaiah 50:11). That which is of the Holy Spirit cannot be negotiated.

If truth is not in the heart, truth will die. If intellectualism and selfism are substituted for faith, faith dies. Faith . . . without which we cannot please God (Hebrews 11:6). If the belief that the Apostles’ doctrine is essential to our salvation is not in the heart and of the heart, then the preaching of it will disappear in such men. The battleground is the heart, and the only success that matters is the converting of men’s hearts from a stony heart to a “heart of flesh” (Ezekiel 36:26).

How Great is That Darkness! 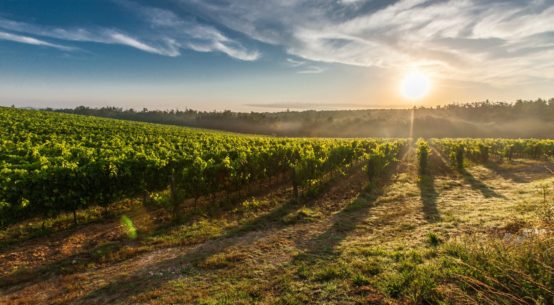