Skip to content
You are here
Home > In This Issue > Feature > The Core of Revival – Tom Trimble, St Charles, MO

“Our mission statement is: Know Jesus, Love Jesus, Share Jesus. That is discipleship at its core,” said Pastor Tom Trimble from Winds of Pentecost in St. Charles, Missouri (a St. Louis suburb). “We want people to have a relationship with Jesus and then turn them into someone who shares Jesus as well.”

Pastor Trimble says, “There are so many factors to having a growing church. And I really believe some factors change geographically, while most work anywhere.” A few keys specific to Winds of Pentecost include, “Cultivating a healthy worship climate. Our worship leaders, Shauna Hord and Anthony Trimble, both embody, promote and practice a worship philosophy that I felt like God developed in my heart through the years.

“It is encapsulated in a true story of an experience I had in Sydney, Australia, when my son, Ryan, and I were privileged to climb the Sydney Harbor Bridge. It took around four hours, with the first hour devoted to training. Our guide showed us how we would be connected to a static line and went through the process of how we would scale the bridge and take photos at the highest point. We were informed that we were required to wear jumpsuits that were an unattractive, gunmetal gray color. About that time a climber asked the question, ‘Why can’t I wear my own jacket to the top of the bridge? It’s a rare photo opportunity in front of the Sydney Opera House and I want to look nice.’ I will never forget what the guide’s response was. ‘When we made an agreement with the city of Sydney to do this bridge climb, it was on one condition: When people look up to see this great landmark, they must not be able to see you. You must blend into the bridge.’ That is the core of our worship philosophy. People come to see Jesus. We must disappear into Him.

“Our worship department tries to do that by being intentional. For instance, I have asked them to introduce new songs during the offering or some other time instead of the worship service. This is so that most of the audience will be able to participate in worship instead of trying to learn the song.”

Pastor Trimble believes our main priority should be people. “The challenge is to be proactive rather than reactive,” he said. “There are plenty of situations and people that could use help and attention, but I have to balance the progress with the problems. Literally, some of the people who bring the most positive energy seldom ask for my time, but I need to set up times to be with those who are in the trenches, as we shoulder the load together. It is easy to give in to the ‘tyranny of urgent’ and miss the important. Building the church is as important as putting out fires.

“We endeavor to work on the nature of the church because that will translate into its actions and organization. The early church did not have marketing teams, social media ministers, demographic analysis or technology, but they turned their world upside down. If we really believe the ‘good news’ is that good, it’s inevitable that it will pour out of us. That, I believe is what happened in the first century. They were torches. People couldn’t help but be affected by them. I see as part of my job to light the torches. At the core of our church, if we have an insatiable fire burning there, then the outgrowth of that will be natural. Outreach will be part of who they are. So, I want to work on the core of who we are and let that grow in a natural, healthy way.” “As churches and ministers, we tend to try to improve attendance through another gimmick or trend,” said Pastor Trimble. “We attempt to fill the church by changing our actions without working on our nature. I am for trying great programs—but sometimes we need a prayer meeting instead, to change our nature so that we can have the red-hot witnesses that will impact others around us. This is a fleshing out of the principle found in the book, The Essence of the Church, by Craig Van Gelder. We are not doing missions work, we are the mission. This is not a department; this is who we are according to Acts 1:8. When we have attendance goals, sometimes we tend to attack that at the action level, saying, ‘We need more outreach, etc.’ My tendency is to go a step before that and work on the nature of the church, preach about it, pray about it. Maybe we need a prayer meeting to ignite the people, rather than try to organize something that is not in their hearts.

“Having a collective nature to passionately reach the lost is our highest priority; we also have bridge events, outreach events, to produce entry points into the church. The most successful of these has been Christ and His Companions, our Easter Play. This original play (written by Ryan Trimble and co-directed by Ryan Trimble and Shauna Hord) has literally brought thousands of guests through our doors. We follow up with them through our database and some return for service or other events. It is a great introduction to the church.”

Pastor Trimble believes in pastoring. “Some of our biggest priorities are to keep doing the right things and to keep our focus on the right things. It’s so much about keeping on being faithful to prayer, the Word, and being a light. Our focus is still the focus of the first church, conversion, winning the lost, but scholars don’t like talking about that anymore. My whole goal is to see souls transformed and brought into the kingdom. My goal is not attendance. It’s discipleship.

“It may not be about the latest trend, but being consistent and faithful in the basics. It sounds boring, but it’s necessary. If the emphasis is the other way, you can be swept away into a fad and lose focus of who you are. The greatest loving thing I can do for my neighbor is to introduce him to Jesus. If I can help people to seek first the kingdom, physical needs will be met by God. We must keep our focus on conversion, on winning the lost. If we succumb to the trend in mainstream Christianity, that nobody is going to hell, then conversion is no longer a goal. Conversion isn’t even a desire. While we’re reaching others, we better know who we’re anchored to. Jesus is our anchor and the church our lifeline. A lifeline does us no good if we’re not anchored.”

Pastor Trimble said attendance has grown from 70 to around 200 in the last 10 years. “We must expand to allow more growth,” he said. “Our Wednesday night attendance has grown from 20 to around 130. We have grown to our capacity and have been for the past three years. We’re pouring our energy and finances into making room for growth. We haven’t been able to grow past what we can seat.”

An estimated 60 to 75 percent of Bro. Trimble’s church family is involved in some form of ministry with 60 percent involved in some type of evangelism. “We do not intentionally target any demographic,” he said. “Instead, we try to target and cultivate a culturally diverse group. We have had success in this in the last decade. We do not bring attention to it; it is just part of our DNA. For some reason we have a large number of young marrieds, which is why we have had an average of a baby born every month of the last year.”

Pastor Trimble believes, “It is a miracle that we are doubling our sanctuary size to seat 500 on less than an acre of land. We were landlocked, and the Lord impressed me to approach the neighboring office complex and negotiate a cross-parking agreement. Since registering it with the city, it has doubled our parking, giving us the ability to expand.”

“The greatest challenge in my ministry has been to keep the picture of what ‘will be’ consistently in front of my eyes next to what ‘we are’ currently,” said Pastor Trimble. “This is important because we are never where we want to be totally. Forward motion is what it’s about. It doesn’t happen in five minutes. There are no quick fixes, but if we will be consistent and faithful, that is what God asks of us. We will get to what God has designed for us. People like what they find at our church, but they also like what they don’t find. There are not a lot of hurdles to jump over to enter in and worship. Some people receive the Holy Ghost at their first visit. I’m believing God for a greater outpouring than St. Louis has ever seen. I believe the people are ready.” 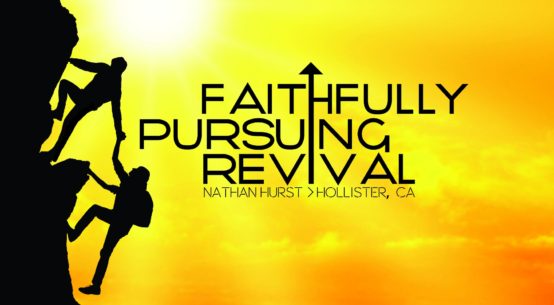