~ The road to success is always under construction.

God called down to Moses and said, “I’ve got good news and bad news. Which do you want first?”
Moses replied, “Most merciful God, if I have brought you any favor, please give me the good news first.”
“Moses, the good news is that I’ve chosen you to deliver my people from bondage,” God answered. “I will force Pharaoh to release my children by causing years of pestilence in Egypt. There will be plagues of locusts and frogs and incredible devastation upon the land. Pharaoh’s armies will chase you as you try to leave, but do not fear because I will part the waters of the Red Sea to aid in your escape.”
“And the bad news?” Moses inquired.
“You have to prepare the Environmental Impact Statement,” God replied.

A visitor to Israel attended a recital and concert at the Moscovitz Auditorium.
He was quite impressed with the architecture and the acoustics. He inquired of the tour guide, “Is this magnificent auditorium named after Chaim Moscovitz, the famous Talmudic scholar?”
“No,” replied the guide. “It is named after Sam Moscovitz, the writer.”
Never heard of him,” said the visitor. “What did he write?”
“A check,” replied the guide.

1. Kidnappers are not very interested in you.
2. In a hostage situation you are likely to be released first.
3. People call at 9 p.m. and ask, “Did I wake you?”
4. People no longer view you as a hypochondriac.
5. There is nothing left to learn the hard way.
6. You can eat supper at 4 p.m.
7. Your eyes won’t get much worse.
8.  Your investment in health insurance is finally beginning to pay off.
9. Your joints are more accurate meteorologists than the National Weather Service.
10. Your secrets are safe with your friends because they can’t remember them either.

The subway car was packed. Suddenly everyone heard a jingle on the floor. Most necks were craned.
One elderly gentleman bent down and picked something up. He then asked, “Did anyone drop a half dollar?”
“I did,” answered three men at once.
“Well,” said the elderly gent with a smile, “here’s a dime of it.”

I have been in many places, but I’ve never been in Kahoots. Apparently, you can’t go alone.
I’ve also never been in Cognito. I hear no one recognizes you there.
I have, however, been in Sane. They don’t have an airport; you have to be driven there. I have made several trips there, thanks to my children, friends, family and work.
I would like to go to Conclusions, but you have to jump, and I’m not too much on physical activity anymore.
I have also been in Doubt. That is a sad place to go, and I try not to visit there too often.
I’ve been in Flexible, but only when it was very important to stand firm.
Sometimes I’m in Capable, and I go there more often as I’m getting older.
One of my favorite places to be is in Suspense. It really gets the adrenalin flowing and pumps up the old heart. At my age I need all the stimuli I can get!
I may have been in Continent, but I don’t remember what country I was in. It’s an age thing. They tell me it is very wet and damp there.

A preacher stood up before his congregation and said, “I have so much to say, I don’t know where to begin.”
Someone in the pew shouted, “How about somewhere close to the end.” 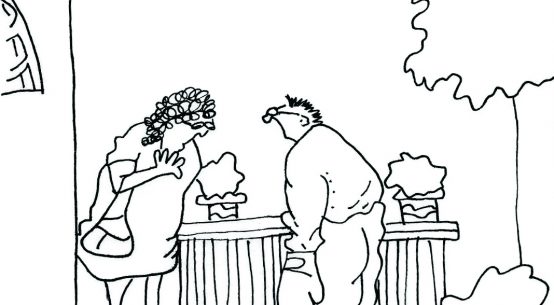