“(For the weapons of our warfare are not carnal, but mighty through God to the pulling down of strong holds;) Casting down imaginations, and every high thing that exalteth itself against the knowledge of God, and bringing into captivity every thought to the obedience of Christ” (2 Corinthians 10:4-5).

One imaginative man said he didn’t like going to football games: “They huddle and talk about me!”

What are some imaginations that turned out great? Peanut butter, some might say. But consider the airplane, Skype, the computer, the microwave oven, the calculator and the cell phone, not to mention knee replacement! I’m glad someone was creatively imaginative to bring those things to our use.

Imagination is also defined as “the act or power of producing images in the mind, of things not actually present to the senses.” Hebrews 11:3 tells us, “Through faith we understand that the worlds were framed by the word of God, so that things which are seen were not made of things which do appear.” That is creative imagination!

Contrary to our creative imagination, almost every mention of imagination in the Bible has a negative connotation. Before the flood, God saw that “every imagination of the thoughts of his [man’s] heart was only evil continually” (Genesis 6:5). Also, the Lord declared that “the imagination of man’s heart is evil from his youth” (Genesis 8:21). One of the seven things that are an abomination to the Lord is “an heart that deviseth wicked imaginations” (Proverbs 6:18). Paul also wrote about ungodly men who “became vain in their imaginations” (Romans 1:21). No wonder Paul wrote to cast down imaginations!

Imagination Can Cause Wars

After Israel conquered Canaan, the two-and-one-half tribes on the east side of the Jordan River were returning to their land when they stopped to build a memorial (See Joshua, chapter 22).  When the other nine-and-one-half tribes heard of it, they decided to go to war against their own brethren. They thought its purpose was for alternate worship, forbidden by the Lord. Communication caused the imaginations to be cast down, and the war was prevented.

Imagination Can Cause False Accusations

Hannah prayed so deeply, only her lips moved. Eli imagined untruth and accused her of being drunk (See 1 Samuel, chapter 1). At the tower of Siloam where 18 men were killed when the tower fell, people accused the men of being more wicked than others because of their resulting deaths. “Think ye that they were sinners above all men that dwelt in Jerusalem?” Jesus asked. (Luke 13:4). “Do you imagine them to be more wicked?” In Moore, Oklahoma, they have had destructive tornadoes, not because they are more wicked, but because they live in tornado alley!

“And as Jesus passed by, he saw a man which was blind from his birth. And his disciples asked him, saying, Master, who did sin, this man, or his parents, that he was born blind?” (John 9:1-2). What? Did they think accusingly that he had sinned in the womb? Jesus answered them clearly. “Neither hath this man sinned, nor his parents: but that the works of God should be made manifest in him” (John 9:3).

On the Day of Pentecost, they were accused of being drunk with wine. But rather, they were filled with the Holy Ghost!

Job was perfect and upright; he feared God and hated evil. The devil imagined he served for blessings. Accusers said, “His punishment is less than he deserves.” Let us cast down imaginations! The mathematical probability is that everything you can imagine will be a lie.

Joseph must have questioned, how could this be? I thought I had a good woman to marry, yet she is pregnant. Was she unfaithful? What did he imagine? But he accepted the truth: this is from God.

I’ve been married over 56 years to my wife, but some years ago I found a tie in my closet; I had never seen the tie before. I thought I had a faithful, good wife, but it really tortured me for days. It was terrible! Finally I asked her whose it was; we talked and remembered an evangelist who had used our bedroom. Communication caused the imaginations to be cast down, and I’m happy to say we have remained happily married. Hebrews 13:16 states, “But to do good and to communicate forget not . . . .”

Parents should be concerned about the welfare and well-being of their children but must cast down imaginations. Love your children enough to trust them.

J.T. Pugh quit counseling in his office — several “counselees” felt he was preaching their details from the pulpit. Imaginations can go wild. Casting down imaginations is our chief weapon!

Once, a fellow minister promised to send me a check for money due from a transaction. I waited for several weeks but did not receive the check. Upset, I finally wrote him. He promptly called me and told me that he had mailed the check several weeks before! He had sent it to my former address from which I had moved a year and a half before. He kindly wrote me another check. (I can only wonder if some of the factions in our districts could be eliminated if we would cast down imaginations.)

Realize most imaginations are lies. Cast them down! It is our chief weapon to one of the devil’s cheap tools. Perhaps you’ve gotten a letter or a phone call and think, “What does that mean?” You interpret it wrong, but cast down imaginations!

As we grow older, our hearing may dim. It can result in inaccuracies, misunderstandings, or a lack of reply. “Is he/she mad at me?” After finishing a meal, one story goes, a man said, “I’ve had sufficient.”

The companion said, “You went fishing?”

“You caught twenty?” the friend asked.

“Oh, you broke your pole?” said his sympathetic companion.

Imaginations Can Weaken Our Walk With God

Some are healed, but “why not those I pray for?” One lady stomped on her glasses to show her faith, but later had to go and reorder the glasses so she could see.

Ananias in the record of Acts 5 lied against the Holy Ghost. Three hours later, his wife repeated it. Peter had discernment of spirits. There is a difference between the gift of discerning and the gift of suspicion.

To summarize, here are three ways to cast down imaginations: Realize that most imaginations are lies. Communication to clarify our perceptions is of utmost importance. Love enough to trust one another. We’re not perfect, but the best people in the world are in church!

Arlo Moehlenpah received the baptism of the Holy Ghost while a sophomore in college. His secular education includes a B.S., M.S. and D.Sc in chemical engineering. He taught chemistry at three different colleges and also is a registered professional engineer. He also graduated from Apostolic Bible Institute. His ministerial experience includes starting a church in Stevens Point, Wisconsin and pastoring a church in High Wycombe, England. For the last 44 years he taught and served in various administrative positions at Gateway College of Evangelism, Conquerors Bible College, Christian Life College and the Apostolic Bible Institute. He currently conducts Creation vs. Evolution and Teacher Training seminars and teaches on other Biblical topics.

(Check out Arlo E. Moehlenpah’s website at www.DoingGood.org where he demonstrates why having the Word of God in your heart is so important.) 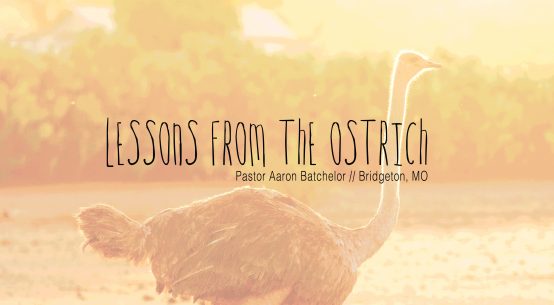