“Laughter is good medicine.  It’s like jogging on the inside.”

My high school English teacher was well known for being a fair, but hard grader.

One day I received a B minus on an essay. In hopes of bettering my grade and in the spirit of the Valentine season, I sent her an extravagant heart-shaped box of chocolates with the pre-printed inscription: “BE MINE.”

The following day, I received in return a Valentine from the teacher. It read: “Thank you, but it’s still BE MINE-US.”

A panda walks into a diner, sits down, and orders a sandwich. He eats the sandwich, pulls out a gun, and shoots out the restaurant’s windows.

As the panda stands up to go, the owner shouts, “Hey! Where are you going? You just shot my windows out, and you didn’t pay for your sandwich!”

The panda yells back at the owner, “Hey man, I’m a PANDA! Look it up!”

The owner opens his dictionary and sees the following definition for panda: “A tree dwelling marsupial of Asian origin. Eats shoots and leaves.”

A young man asked an old rich man how he made his fortune.

The old guy fingered his worsted wool vest and said, “Well, son, it was 1932, the depth of the Great Depression. I was down to my last nickel. I invested that nickel in an apple. I spent a few minutes polishing the apple and sold the apple for ten cents. The next morning, I invested those ten cents in two apples. I spent a few minutes polishing them and sold them for 20 cents. I continued this system for a month and by the end of which I’d accumulated a fortune of $6.40. Then my wife’s father died and left us two million dollars.”

A guy goes into the doctor’s office. He has a banana stuck in one ear, a cucumber in the other ear, and a carrot up his nose.

The guy says, “Doc, I feel terrible. What’s wrong with me?”

The doctor says, “Well, first of all, you’re not eating right.”

TOP TEN SIGNS YOU ARE IN FOR A LONG SERMON

I was on an elevator the other day, and the operator kept calling me “son.” 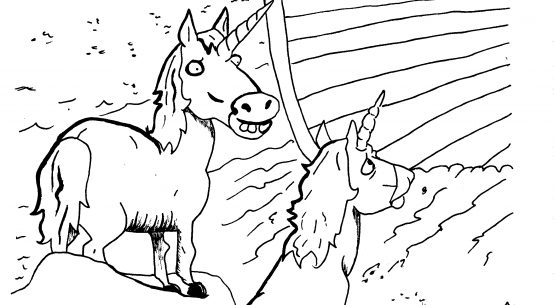 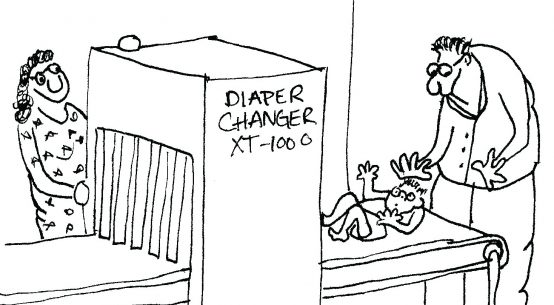