Americans Believe in Heaven, Hell and a Little Bit of Heresy

A recent study yielded surprising results about what many Americans believe about heaven and hell. Most Americans believe in heaven, hell and a few old-fashioned heresies. Those are among the findings of a new study of American views about Christian theology from LifeWay Research.

Americans also disagree about mixing religion and politics and about the Bible. And few pay much heed to their pastor’s sermons or see themselves as sinners, according to the online survey of 3,000 Americans.

Researchers asked 43 questions about faith, covering topics from sin and salvation to the Bible and the afterlife. They wanted to know how people in the pews—and people on the street—understand theology.

Just under half of Americans say there are many ways to heaven—which conflicts with traditional views about salvation being linked to faith in Jesus.

Catholics (67%) and mainline Protestants (55%) are most likely to say heaven’s gates are wide open with many ways in. Evangelicals (19%) and black Protestants (33%) are more skeptical.

Hell is a real place, too. But you have to be really bad to go there.

About 6 in 10 Americans (61%) say hell is real, according to the survey. But overall, Americans don’t seem too worried about sin or being sent to hell. Two-thirds (67%) told researchers that most people are basically good, even though everyone sins a little bit—an optimistic view of human nature at odds with traditional teaching about human sin.

Americans believe in the Trinity. But the details don’t reflect traditional views of orthodoxy. About 7 in 10 Americans (71%) believe in the Trinity. That’s the idea that one God exists as three persons: Father, Son and Holy Spirit. More than 1 in 7 Americans (15%) say the Holy Spirit is less divine than God the Father and Jesus. A third (33%) believe God the Father is more divine than Jesus. One in 5 (19%) say Jesus was the first creature made by God.

Americans disagree about sex, God and politics. About 4 in 10 Americans—and more than half of non-Christians (55%)—say churches should remain silent about politics.

Researchers in Hawaii are looking for girls to participate in second trimester abortions as part of research on whether oxytocin can reduce bleeding in mothers during and after abortion.

The girls can be as young as 14 for the study, which takes place in the second trimester of abortions, where the unborn baby is 18 to 24 weeks gestation. The abortion procedure is two days and involves stopping the baby’s heart and then delivering or dismembering the baby. “That is 166 mothers who are going to be hurt by the devastating effects of abortion. That is at least 166 children who will suffer a horrendous and painful death in the name of research,” an article by Life News said.

Some scientific reports say that babies can feel pain at 20 weeks gestation.

“The University of Hawaii needs to stop this study immediately,” Kristan Hawkins wrote. “They are recruiting children to abort their own children in late-term abortions, a very risky procedure that ends the life of at least one person involved.”

A high school teacher in Wisconsin reportedly told her students to pretend that they were Muslims to complete a writing assignment. According to EAGnews, Union Grove High School teacher Beth Urban gave the assignment to a 10th grade history class.

The assignment instructed students to pretend that they were Muslims living in the U.S. and describe the struggles they faced in an essay.

Parents complained about the assignment, arguing that it invented or exaggerated prejudices against Muslims.

One reporter wrote that he asked the school, “Were students ever told to pretend they were Jewish or Christian or Hindu? It seems to be a straightforward question – but one the local school district will not answer.” In the aftermath of Obergefell v. Hodges, pastors and church members are experiencing a wave of anxiety over what many of them deem the “nightmare scenario”: lawsuits or government action designed to force them to perform or recognize same-sex marriages. While there are — so far — no meaningful judicial precedents that would permit such dramatic interference with churches’ core First Amendment rights, lawsuits challenging church liberties are inevitable.

Indeed, the Iowa Civil Rights Commission has declared that prohibitions against discrimination on the basis of sexual orientation and gender identity “sometimes” apply to churches and has stated that a “church service open to the public” is not a “bona fide religious purpose” that would limit application of the law. In 2012 a New Jersey administrative-law judge ruled that a religious organization “closely associated with the United Methodist Church” wrongly denied access to its facilities for a same-sex wedding.

Churches, like virtually every functioning corporation, protect against liability risks and the potentially ruinous costs of litigation through liability insurance. With same-sex marriage now recognized as a constitutional right — and with news of Oregon’s Bureau of Labor and Industries awarding a lesbian couple $135,000 in damages for “emotional, mental and physical suffering” after a Christian bakery refused to bake their wedding cake — pastors are reaching out insurance companies to make sure they’re covered. And at least one insurer has responded with a preemptory denial: no coverage if a church is sued for refusing to perform a same-sex wedding.

On July 1, David Karns, vice president of underwriting at Southern Mutual Church Insurance Company (which “serve[s] more than 8,400 churches”), wrote an “all states” agents’ bulletin addressing same-sex marriage. It begins: “We have received numerous calls and emails regarding the Supreme Court’s ruling on same-sex marriages. The main concern is whether or not liability coverage applies in the event a church gets sued for declining to perform a same-sex marriage.” Karns continues:

The general liability form does not provide any coverage for this type of situation, since there is no bodily injury, property damage, personal injury, or advertising injury. If a church is concerned about the possibility of a suit, we do offer Miscellaneous Legal Defense Coverage. This is not liability coverage, but rather expense reimbursement for defense costs. There is no coverage for any judgments against an insured.

In other words: Churches, you’re on your own. National Review has tried to reach Mr. Karns and Southern Mutual’s corporate office, and they have not yet returned our calls.

It is unusual for an insurer to deny purely hypothetical claims. Typically, coverage decisions are made only after evaluating the claims in the complaint and the terms of the insurance.

Most Americans Don’t Believe the U.S. Is a Christian Nation

The majority of Americans believe that faith in God is an important component of being a true American, but that the U.S. is not a Christian nation, a new study has found.

Data compiled by the Public Religion Research Institute found that 69% of Americans agreed with the statement that a belief in God is an “important part of being truly American.” This view was more popular among older people, held by 77% of seniors in comparison to 52% of young adults. The view was more widely held among Republicans (81%) than Democrats (63%).

More than half (53%) of those asked said that being a Christian is an important of being truly American, a figure that rose to 75% of white evangelical Protestants and 55% of Catholics.

Despite a fall in the number of those who profess a Christian faith, a recent poll by LifeWay Research found that 53% of 1,000 people surveyed agreed with the statement that God has a special relationship with America, a figure that rose to 67% among evangelical Christians. 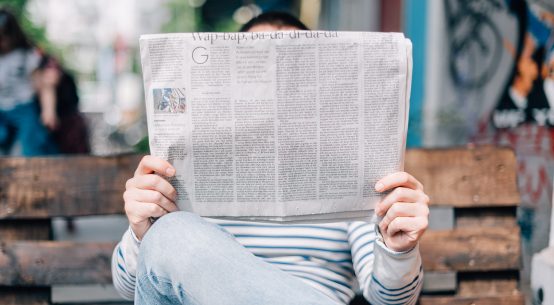