Psalms 24:3 – “Who shall ascend into the hill of the LORD? or who shall stand in his holy place?
4 He that hath clean hands, and a pure heart; who hath not lifted up his soul unto vanity, nor sworn deceitfully.
5 He shall receive the blessing from the LORD, and righteousness from the God of his salvation.
6 This is the generation of them that seek him, that seek thy face, O Jacob.”

The majority consensus of both the rabbis and the Christian theologians is that David wrote Psalms 24 to be sung on the occasion of the Ark being returned from the house of Obed-Edom to Jerusalem. David heard that there was a blessing on the house of Obed-Edom, and David wanted that blessing in Jerusalem. David and his men went to retrieve the Ark. The men went on a fast and they sanctified themselves before the Lord. The psalm they sang tells us about the person who is going to get the blessing from the Lord. He is the man with the clean hands and the pure heart. He shall receive the blessing from the LORD. I’ve got this “clean hands” figured out, I think; but I’m worried about the pure heart. He shall receive the blessing of the Lord.

What Will It Take?
I think I have the “clean hands” figured out: quit lying or stealing and don’t murder someone. Stop fellowshipping with Jack Daniels. These are things we can all see. But this business of the heart worries me, especially since, as Jeremiah said, the heart is desperately wicked who can know it? In one sound bite, Jesus said, “Blessed are the pure in heart: for they shall see God.” Mt. 5:8

Sometimes cynicism and criticism come out of my mouth. It worries me because I don’t see it as a pure heart. Out of the abundance of the heart the mouth speaks.

I read somewhere that if you knew everything your friends were saying about you, you wouldn’t have any friends. When someone gets up at a public meeting and says something that the rest of us are thinking, we want to throw them under the bus. Yet, it was in our hearts.

The Folly of Life
I find it interesting that in one generation, a man being hidden away as a shepherd boy who seemed as forgotten and unknown as David was, God took from the sheepfold. If there was ever a servant that started riding like a prince, it was King David.

Conversely, Solomon grew up with much given to him and reigned in a kingdom that never knew war. He started so well but lost it in the end. His great wealth became a folly to him. Solomon in Eccl. 10:6-7 bemoaned wealth when he said, “Folly is set in great dignity, and the rich sit in low place. I have seen servants upon horses, and princes walking as servants upon the earth.”

We have to come to the place where we recognize that we don’t have enough talent nor can we attend enough planning meetings, or do enough recreating. We need the blessing. And if you have the blessing, you don’t need anything else.

God’s choice of a man who was going to get a blessing was Jacob, the heel-grabber, the man who went after Him. He was a man who had decided that he needed more than intellect, ingenuity and cunning ways. In his heart he said, “I have got to have something from God. My brother is coming after me with 400 servants.” With that in mind, Jacob crosses the brook and there wrestles with a man. In the English Standard Version, the word man is capitalized. We understand it was not just a man he wrestled with.

Attention, Pastors and Preachers
Pastors, make sure you have more prayer meetings than planning meetings. When it takes you four hours to plan and 10 minutes to pray for God’s blessing, you are not trying to impress God. You are trying to impress men. We are not going to casually impress a God who every morning oversees a universe that is vast and growing. What will impress Him is when you say, “I want that blessing.” I’m not good enough, God. I tricked my brother out of the birthright.

J. H. Osborn showed me something about King Ahaz, who paid off the King of Assyria to protect him from his enemies against the advice of the prophet. And he took the money out of the church to do it. When he went over there to thank the King of Assyria, the Bible said he saw this pagan altar. He admired the pattern and fashion of the altar and wrote down the design and sent it to Urijah the High Priest and asked him to copy it. If Urijah had been a true priest of the Lord he would have thrown it in the fireplace. However, by the time the king got back home, Urijah had already taken the pattern and copied the pagan altar. King Ahaz wanted to use the new altar but also instructed them to keep the old one just in case they needed to use it to inquire of the Lord. The old brazen altar, covered with the blood of thousands of sacrifices, was put over on the north side out of the way. However, let’s keep it handy just in case.

When he got through building that new altar, he changed the laver of water. That laver was so big the Bible called it a sea. 2 Kings 16:17 says, “And king Ahaz cut off the borders of the bases, and removed the laver from off them; and took down the sea from off the brasen oxen that were under it, and put it upon a pavement of stones.” He made it easily accessible to all the people, but in doing so lowered the standard and moved away from the pattern given to Moses. Too often, we see this happening. The writer of Hebrews tells us that Moses was instructed to build everything in the tabernacle exactly like the pattern that God gave him. Be careful that you don’t start messing with the pattern because this plan follows Heaven’s pattern.
We must all be cautious about the little things we start changing from the book of Acts pattern. Some churches now practice delayed baptisms. Special celebration Sundays are set aside each quarter or so for people to be water baptized. Neat-sounding church growth reasons are given for this. It might make sense for church growth, but it doesn’t follow the Apostolic pattern. There are no delayed baptisms in the book of Acts. After getting rid of the altar of repentance, you’ll be lowering the laver of baptism. To delay baptism, in my view, is to de-emphasize the importance of baptism.

As I have begun to seek His blessings, I am examining myself. Are my motives pure? What motivates me to give and endeavor to build Bible schools around the world? Is it really for His Kingdom, or do I like the awards and the attention? To search my heart I must rely on the Spirit, for only God knows what my true motives are. He knows why I want to build a bigger church. Only God knows if it is to extend His Kingdom and exalt the name of Jesus.

Generation of Seekers
May the Lord raise up a generation of seekers — men and women who want to abide in God’s holy hill. If you are going to abide in that holy hill, you need to have clean hands and a pure heart.
In Heaven, there is only one throne. Everyone else sings to honor the slain Lamb. I envy John with a godly envy when I read, “That which was from the beginning, which we have heard, which we have seen with our eyes, which we have looked upon, and our hands have handled…”(1 John 1:1 ). Jesus is the transformer of lives, the healer of leprosy, the One who opened the blinded eyes and walked on the water and turned water into wine. I long to see the Lion of Judah, who is transformed into the slain Lamb, who is worthy to open the seals. I want to be there when they sing, “Worthy is the Lamb.” 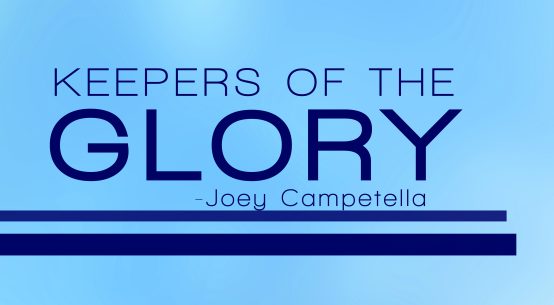