Indiana Bible College was founded in 1981 in Seymour, Indiana. In 1988, just days after Bro. Paul D. Mooney was elected pastor of Calvary Tabernacle, the IBC Board of Directors asked him to consider assuming the responsibility of IBC. Bro. Dennis Croucher, founder and first president of IBC, felt the need to relinquish IBC but only if it could be assured of a positive future. He was confident this would be the case if IBC could move to Indianapolis and come under the direction of Bro. Mooney.

Calvary Tabernacle’s newly elected pastor immediately felt a passion for IBC and asked the saints of Calvary to share his burden. “I saw the college as an opportunity to provide Calvary with a challenging future and vast unlimited potential to serve the Kingdom worldwide,” said Bro. Mooney. “I was deeply humbled by the request and felt that we would be remiss not to at least consider the possibility.” The support of Calvary Tabernacle for the project was remarkable.

So began the first challenge to find a facility. Bro. Mooney was told about an old hospital that had been vacant for several years. Windows were broken and weeds obstructed the entrances, but the building had potential. The property appraised at several million dollars but by faith Bro. Mooney offered the sum of $500,000 and after some negotiation the purchase price was set at $660,000 — a miracle.

Equally miraculous was the cleanup project that transformed the rundown hospital into a college campus. “We bought it without ever having lights or power turned on,” reflects Bro. Mooney. “It was quite a scene trying to go through with flashlights to figure out how bad the building was. We had guys crawling around in pipes and in the old boiler room hoping we could get the place up and running.” During that first summer, Calvary Tabernacle rallied to the cause. Ladies of Calvary were there with bleach, brooms and hot water doing their part. Men were fixing water pipes; at one time there must have been 100 leaks in the pipes. It was a lot of people working together, a lot of people who had faith in God that produced the miracle of IBC.

In the fall of 1988, IBC reopened in Indianapolis and welcomed its first class of 47 students. The following year enrollment doubled to 95 and by the late 1990s, under the leadership of then Executive Vice-President T.R. O’Daniel, enrollment was consistently over 250. God has continued to bless the efforts of IBC and since opening the doors of the Indianapolis campus more than 550 students have graduated with bachelor’s degrees. Today, there are few signs of the rundown hospital that used to be. Under the leadership and direction of Executive-Vice President Robert L. Rodenbush and his wife Jaye, the campus has been improved with several new construction projects. IBC stands ready to train this generation of Apostolic leaders.

Within the past few years the dream of a new chapel went from a drawing on a napkin to reality. Again, the people of Calvary Tabernacle rallied around the cause and gave of their time, energy and finances – when they were at their limit IBC was blessed and encouraged by several churches, pastors and individuals who came, worked, prayed, and donated funds and materials to make the new 450-seat IBC Chapel a reality.

The faculty and staff were deeply moved as Pastor Jason Donaldson and Assistant Pastor Clint Crossen from Calvary Apostolic Church in Lawrenceburg, IL told our Campus Pastor Jason Gallion that they felt led of the Spirit to assist with the building process. They along with skilled craftsmen from their church took the IBC Chapel on as a missions project. They spent weeks on campus, living in the dorms, and working nearly around the clock on the construction. Miraculously, many other churches that believe in the ministry of IBC began to help with the project. Bro. Larry Arrowood from Seymour, IN sent crews of workers, Pastor David Cowden from New Albany, IN spent countless hours working on the air conditioning, Pastor Zane Isaacson’s church from Whitehall, AR sent stone for the wall treatments. Pastors Shine and Derold Doughty from Mattoon, IL donated the funds to purchase new chairs in memory of Sis. Judy Doughty, former IBC music faculty member. There were so many who came, who gave and who prayed this vision into reality. We are beyond grateful for their acts of generosity and service.

While the IBC Chapel was in progress, the men and women of Calvary Tabernacle began to work on other areas around the campus. The kitchen and dining hall were remodeled and air-conditioned. The parking lot was repaved. Fencing and security gates were installed. New music practice rooms were built. There is still much to be done, but the progress has been God-ordained and we trust His hand will guide us through the future endeavors. The IBC experience is made up of countless significant, life-changing moments; moments where Oneness doctrine and the Apostolic experience come alive in the hearts and minds of our students. These transformational events are happening each day in our classrooms, our prayer rooms and even beyond the walls of our building through our evangelism efforts. We can’t recreate it online. Sure, we provide Distance Learning options, you can watch DVDs, you can buy the textbooks, download the lectures. But, if we are honest, it’s just not the same thing. The IBC experience offers practical, hands-on training with many opportunities to get directly involved in the harvest field. Every week IBC students are in nursing homes, jail services, special preaching crusades, neighborhood Sunday schools, and churches throughout the Midwest, all proclaiming the gospel of Jesus Christ while sharpening their preaching, teaching, soul-winning and music ministry skills.

Opportunities to get involved in practical training with the latest in music and video technology are available in IBC’s recording studio and video production lab.

Students with an interest in multimedia ministry or publication can get involved in the ministries of Apostolic Information Service and IBC Perspectives magazine. IBC students are involved at every level of the IBC Live Recording and IBC Music Fest. Students serve as musicians and singers for the annual recordings, and songs written by students are often chosen for the projects. This year IBC launched a new Missiology degree program. The IBC Mission’s Faculty members are respected leaders in the Apostolic movement and their combined, on-the-field experience represents more than 170 years. Anyone with a heart for global or North American missions will not want to miss the opportunity to learn from and experience the passion of these outstanding individuals. Bible college is a once-in-a-lifetime experience. Soon, the students who fill our halls will be off doing their own work for the Kingdom, finding and executing their individual callings – But for now, they are IBC and they are EXPERIENCING this great thing together, making connections, friendships and a network of support as they prepare to be a part of the greatest Apostolic revival this world has ever seen.

The Bible is clear that in the last days there will be a shortage of workers ready for the task of end time revival. We are even challenged to pray that laborers be sent  (Luke 10:2). While it does not take a Bible college degree to fulfill a call to ministry, we are reaping the benefits of Apostolic higher education with Bible college alumni filling leadership positions throughout the Apostolic movement. IBC provides a unique environment for young people to be academically and spiritually challenged. As secular colleges become increasingly hostile toward those who possess a Christian worldview, Bible college can serve as a preparation ground and a place to reaffirm the values that will keep students grounded in the Word.

There is a need for more preachers, more missionaries, more music ministers and more Christian teachers than ever before. And while our Bible colleges are not equipped to train doctors, lawyers, engineers or accountants, neither are the liberal, secular colleges and universities able to train our young people for Apostolic ministry. Young people who feel the call to ministry or who want to ground themselves in Apostolic doctrine are not settling for less because they attend Bible college. They are making a conscious choice to fulfill the call of God on their lives. Thank you to our President Paul D. Mooney, to Calvary Tabernacle and to all of the outstanding IBC faculty and staff for accepting the vision and making the sacrifice to invest in future Apostolic leaders. 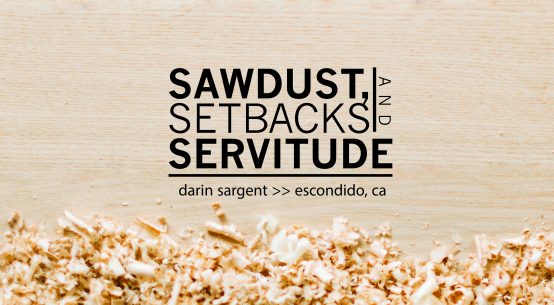