Skip to content
You are here
Home > Smiles > Smiles – November 2015

“The greatest of all faults is to imagine you have none.”

One day four pastors swapped their suits for polos and khakis and went to a golf course.

After several horrible shots, their caddy asked, “Are you guys preachers?”

“Because,” said the caddy, “I’ve never seen such bad golf and such clean language.”

Every night I would tuck my 4-year-old son into bed, and then tell him a nightly Bible story.

This night it was the story of the prodigal son. We discussed how he had taken his inheritance early, left and spent it all on living it up and partying until he had no money left and had to work on a pig farm where he couldn’t even afford to eat what the pigs ate! He remembered his father and went back home to ask for a job and forgiveness. His father welcomed him home with much joy.

After we finished the story I asked my son what he learned and he immediately said, “Never leave home without your credit card!”

A man keeps having horrible paranoid feelings that someone is hiding under his bed.

He finally goes to a psychiatrist. He tells the doctor that he just knows there is someone hiding under his bed at night. He says that whenever he gets the courage to look under the bed, he doesn’t see anyone, but feels the person has probably climbed on top of the bed. So, while he’s never seen the person, he knows he is there.

The psychiatrist says, “This sounds like a very deep-seated problem. It’ll probably take some intense therapeutic sessions, at least once or twice a week for a year or two to resolve the matter.”

The man said, “How much will this cost?”

The man gulps and says, “Doc, let me think about it.”

A couple of weeks later the man bumps into the doctor on the sidewalk and says, “Hey, doc, good news! I’m cured, and it only cost me $10.”

The psychiatrist was stunned and said, “That’s amazing. How is that possible?”

The man says, “I was telling my pastor about my problem and he said, “Why don’t you just cut the legs off the bed!”

A young boy called the pastor of a local church and asked him to come by to pray for his mother, who was very ill with the flu. The pastor knew the family and was aware they were members of another church down the road. So the pastor asked, “Shouldn’t you be asking Bro. Simon at your church to come by to pray with your mom?”

The young boy replied, “Yeah, but we didn’t want to take the chance that he might catch whatever it is that Mom has.”

In her handwritten instructions for her memorial service she wrote, “They wouldn’t take me out while I was alive; I don’t want them to take me out when I’m dead.”

Father: “Son, you need to be more industrious. After all, when Abraham Lincoln was your age he was out splitting rails.” 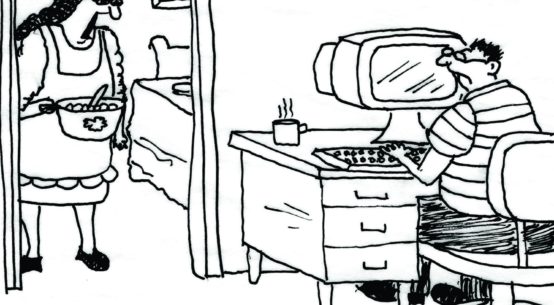