A woman in Nigeria was having problems in her marriage. As we began to pray about the situation, she had one challenge after another. She came back to me and said, “Pastor, it looks like the more I pray, the more I have problems.” I began to seek the face of God and asked Him what I should do. There are points in our lives when we have tried everything we know to try, yet nothing is working. We need to ask Him for the next step. The Lord said, “Tell her to come to the church and sweep the dirty places in the church.” So I told her to come to the church and sweep and clean, and she did. Before the week was up, God had corrected everything in her marriage, and her joy and peace were restored. How did it happen? It was the supernatural!

Service to the Lord is one of the keys to the supernatural. Your commitment to the work of God can release the supernatural to work on your behalf. Your unconditional passion for the things of God can cause the angels to take notice and cause God to help you out.

Luke chapter 1 relates the story of Zacharias. It says a certain priest named Zacharias and his wife, Elizabeth, were both righteous before God, walking in all the commandments and ordinances of the Lord blameless. They loved the Lord and did everything right, but the scripture tells us they had no child. In Israel, no matter how rich or influential you were, if you didn’t have a child, it was a problem to the family. Although Abraham had received blessings from God, he and his wife still didn’t have a child and needed the supernatural. Zacharias and his wife didn’t have a child, but they could not allow their problem to affect their service to God. Sometimes when you have problems, you use the excuse that you can’t come to church or do anything in the church because you have trouble. Luke 1:8-11 tells us that as Zacharias executed the priest’s office before God and burned incense, an angel appeared to tell him that they were going to have a child. What if Zacharias had awakened that morning and said, “I am tired. I have served the Lord all of my life. I have paid tithes. I have done everything I could, but today I have made up my mind I am not going to the temple to burn incense.” He would have missed the angel. You never know when God is going to remember you. That is why you need to serve Him, worship Him and give Him praise at all times, even in times of trouble and sickness. Your service will release the supernatural!

A pastor’s wife in Nigeria had been sick for two years. She had gone to hospitals, but they couldn’t recognize the problem. God spoke to her to clean up the dirty places in the church. As she was doing that, she felt as though someone laid hands upon her, and immediately the sickness disappeared. It was the supernatural! The functions of the supernatural things of God are supposed to be happening in our midst. However, in this day, people aren’t ready to sacrifice their time. Your service is like a bridge to link you to the supernatural. God has given to you, and you give back to Him.

In II Kings 20, Hezekiah was sick unto death. The prophet Isaiah came to him and said unto him, “Thus saith the Lord, set thine house in order; for thou shalt die, and not live.” You wouldn’t be very happy if your pastor walked into your house and told you to get your house in order, because you are going to die. There was no remedy for Hezekiah, no doctor that could help him. The Bible says, “Then he turned his face to the wall, and prayed unto the Lord, saying, I beseech thee, O Lord, remember now how I have walked before thee in truth and with a perfect heart, and have done that which is good in thy sight….” He was saying, “Remember my service, Lord. I have loved you and I have done that which is right.” Why should Hezekiah remind God of all he had done? God already knew those things. Hezekiah was saying, “Before you kill me, I want to tell you I have done something for you. You can have mercy and help me.” Before Isaiah was gone out into the middle court, the word of the Lord came to him, saying, “Turn again and tell Hezekiah, the captain of my people, thus saith the Lord, the God of David thy father, I have heard thy prayer, I have seen thy tears: behold, I will heal thee: on the third day thou shalt go up unto the house of the Lord.” There is always a day of remembrance, and what you are doing right now is being recorded. God is looking for people that will do service for Him.

Acts 9:36-37 says, “Now there was at Joppa, a certain disciple named Tabitha or Dorcas. This woman was full of good works and almsdeeds. She became sick and died, and they laid her in an upper chamber.” Somebody is dead, and they have refused to bury her because they saw that this woman was a servant to God. She had served God and had been a blessing in the church. When Peter got there from Lydda, the widows stood by him weeping, shewing the coats and garments which Dorcas made, while she was with them. They were telling what services she had done for God. Verse 40 says, “But Peter put them all forth, and kneeled down, and prayed; and turning him to the body said, Tabitha, arise. And she opened her eyes: and when she saw Peter, she sat up.” Your service for God will work for you even when you can’t pray. Dorcas did not pray. It was not her prayer that woke her up, but it was her service. God remembered her service.

If you have been serving the Lord, don’t give up. And, if you have not been serving the Lord, start doing it right now. I don’t know about you, but I have made up my mind that every drop of blood in me is going to serve and worship God. Everything about me is going to praise Him. Lift up your hands and tell Him, “God, I’m going to serve you. I’m going to give everything to you.” Your service is a key to unlocking the supernatural.

Bio: Bro. Benjamin David Arazu, born into a witch doctor’s family, left home at 16 in search of the true God. Missionaries Gerald McLean and his wife picked him up from the streets. He graduated from the UPCI college in Nigeria in 2000. He and his wife, Vivian, have 3 children: Victorian, Wendy and Gerald. He planted four churches in Nigeria, lectured at the Bible college and is president of the Royal Seed Child Support Foundation. A former presbyter of the western states of Nigeria UPCI, Bro. Arazu is a speaker at ministers’ conferences and has travelled internationally. He founded River of Life Christian Church in Rome, N.Y. in November 2014. River of Life is a daughter work of the UPC of Utica, pastored by Bro. Alan Besstter. 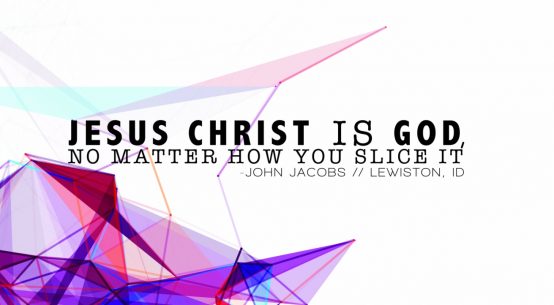