Skip to content
You are here
Home > Theology > Contradictions from Joshua?

This question involves the integrity of God, some hermeneutics and eschatology. I will answer this question in two separate columns due to space. The big issue of whether this promise was fulfilled centers around the text which shows the end of the book of Joshua and the start of Judges, which can initially seem to be in conflict. Joshua seems to say they possess the land promised to the Fathers. But Judges seems to say they did not drive out the enemy and have the victory God intended. So who’s right? Does it matter? It’s a big deal because the land, if the promise of God hasn’t been fulfilled, would include future Israel possessing it all. Hence, the tense situation of Christian support of Israel.

I’ll say the root of most interpretations hinges not on the text, I think that’s clear, but on hermeneutics. Most post-tribulationists and Reformed people embrace “replacement theology” which claims due to their unfaithfulness Israel was replaced by the Church. This view suggests the promises made to Israel were conditional. Because Israel broke covenants, they were replaced. The issue with that, other than the textual interpretation below, is that Paul shows there is a future for Israel.

He says, in Rom. 11:25, don’t be too puffed up because Israel as a whole is not accepting Christ like the Gentiles. There will come a time when the fullness of the Gentiles will be over. I am okay with calling this a “dispensation.” Some prefer other terms.

Then in Rom. 11:26-27 he states, “And so all Israel shall be saved: as it is written, There shall come out of Sion the Deliverer, and shall turn away ungodliness from Jacob: For this is my covenant unto them, when I shall take away their sins.” When will all of Israel be saved after the Gentile time is fulfilled? If they are replaced, then Paul shouldn’t be saying this. He goes on further in Rom. 11:28, “As concerning the gospel, they are enemies for your sakes: but as touching the election, they are beloved for the fathers’ sakes.”

Here’s his point: they are elected for the promises made to the patriarchs. Here is where the promises will be finally fulfilled that God made to Abraham. This is clear, for Paul goes on to say in Rom. 11:29: “For the gifts and calling of God are without repentance.” This means God is not a liar. He will accomplish what He said He would for the Father’s (Abraham, Isaac and Jacob) sake. God is a God of integrity. 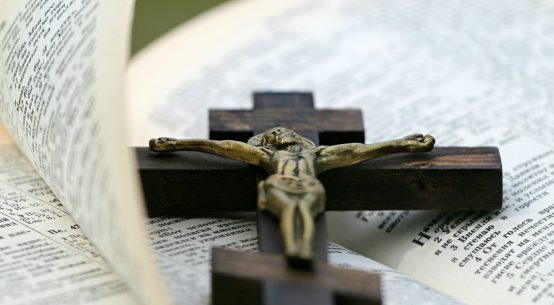 Bobby Killmon – Belief in the Inerrancy of Scripture