“Blessed are they who have nothing to say and who cannot be persuaded to say it.”

A Rabbi went to the barber shop. After his haircut, he got ready to pay the barber and the barber said, “No, Rabbi, I don’t charge the clergy for haircuts.” So the next morning the barber found a loaf of Jewish rye bread outside of his doorstep.

A couple of days passed and a Catholic priest came in to get his hair cut. He got ready to pay and the barber said, “No, Father, I don’t charge the clergy for haircuts.” So the next morning he found a bottle of wine outside his front doorstep.

A minister who was very fond of pure, hot horseradish always kept a bottle of it on his dining room table. He offered some to a guest, who took a big spoonful.

When the guest finally was able to speak, he gasped, “I’ve heard many ministers preach hellfire, but you are the first one I’ve met who passed out a sample of it.”

Grandma and Grandpa were sitting in their porch rockers watching the beautiful sunset and reminiscing about “the good old days.” Grandma turned to Grandpa and said, “Honey, do you remember when we first started dating and you used to just casually reach over and take my hand?”

Grandpa looked over at her, smiled and obligingly took her aged hand in his. With a wry little smile, Grandma pressed a little farther, “Honey, do you remember how after we were engaged, you’d sometimes lean over and suddenly kiss me on the cheek?”

Grandpa leaned slowly toward Grandma and gave her a lingering kiss on her wrinkled cheek. Growing bolder still, Grandma said, “Honey, do you remember how, after we were first married, you’d kind of nibble on my ear?” Grandpa slowly got up from his rocker and headed into the house. Alarmed, Grandma said, “Honey, where are you going?”

Grandpa replied, “To get my teeth!”

A woman accompanied her husband to the doctor’s office. After the check-up, the doctor took the wife aside and said, “If you don’t do the following, your husband will surely die.”

1. “Each morning, fix him a healthy breakfast and send him off to work in a good mood.”
2. “At lunch time, make him a warm, nutritious meal and put him in a good frame of mind before he goes back to work.”
3. “For dinner, fix an especially nice meal and don’t burden him with household chores.”
4. “Satisfy his every whim.”

On the way home, the husband asked his wife what the doctor had said. She replied, “You’re going to die.”

Two pastors’ wives were visiting and sewing their husbands’ pants. One wife said: “My husband is just beside himself, he does not know what to do anymore and he is so tired and depressed. He said he is ready to just give up and resign.”

The other wife said: “I am sorry to hear that because my husband has never been happier. Our membership is growing and we are out of our financial burden, we have such a large and loving congregation. Life could not be any better than it is right now.” 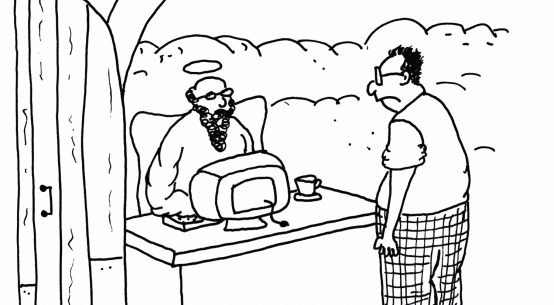 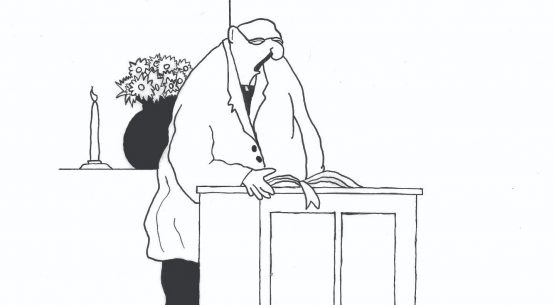