Bro. Coon, tell us a little about your ministry and background.

For the past 11 years I’ve served as General Director of North American Missions for the United Pentecostal Church, International. My position ended on December 31, 2015. I’ve made the members of the UPCI aware that I’m not available to be considered for re-election to the office. The official directory of the UPCI indicates this to have been an era of significant growth in the number of churches in the United Pentecostal Church. Our focus has been on the process for Apostolic growth, which I credit to Pastor Phil DePriest (Murfreesboro, TN). The Apostolic progression for planting churches is this: in a geographic area teach a home Bible study, then that home Bible study becomes a small group. The small group evolves into a preaching point having a structured worship service at least one time each month. The preaching point grows into a daughter church with weekly worship services in the area and then the daughter church becomes self-governing. The crowning glory is for both the new church and the mother church to “do it again.”

My wife and I have had a varied and exciting ministry. Decades of pastoring preceded the current season. Seven years of evangelizing followed by over 20 years of pastoring – growing two different churches. The focus was on developing saints to “do the work of ministry.” Seeing people mature into strong, Godly Christians has been a highlight. My own heritage is of parents and grandparents who were godly. Both grandfathers were church planters. I’ve written 18 books, preached at numerous district events and invested into developing preachers.

Recently you set up a page on Facebook entitled “Church Planters UPCI” and invited church planters to share their experiences. What was the response? Tell us the story.

The Facebook page was the result of a conversation regarding the UPCI Church Planters U – Online training program. Information about that training program can be gained at MinistryCentral.com. The consensus among the group: interaction among those planting churches would provide a resource no training could provide. Later that afternoon, the group was started. Within hours we had over 100 members in the group. More important than the size of the group has been the relevant interaction among missionaries. The most surprising insight I gleaned from the responses was the solutions the missionaries had for common challenges, whether the issue was how to have music when there are no musicians, managing church finances, the best pew chair options, or outreach and disciple-making principles. There seems to be no issue a new church planter has that some other church planter has not already worked their way through. The Church Planters UPC Facebook group has been the healthiest sharing of ideas, concerns, challenges and accomplishments I’ve ever seen.

What do church planters need the most from neighboring pastors or their brothers and sisters in Christ nationwide?

Beyond the spiritual efforts of prayer on their behalf, we would do well to do a better job validating the significance of our church planters. Every church, whether Calvary Tabernacle or the Pentecostals of Alexandria, began in a storefront or someone’s living room. Great churches of future decades are being started now. To validate the significance of these small beginnings is important. Unfortunately, such validation has not always happened.

Second, a church plant can be seen as a “baby church” consisting of mostly immature saints. A “baby church” can be as unkempt and messy as a human baby. To have the same expectations in regard to holiness or maturity that is expected of a church 50 years old is a mistake. Give those who are raising “baby churches” time to develop their congregation. Do so without judging either the missionary or the people he or she has won and is developing.

Third, we need to realize that a missionary to a North American community is often carrying a greater challenge financially than those to other continents. On occasion, we have missionaries to North America, like Indiana Bible College graduate Mark Brown (planting a church in Watertown, South Dakota) or Jesse Fortaleza (Edmonton, Alberta – now District Superintendent), make difficult decisions about whether to “eat or pay the church bills.” Those are decisions I’m not comfortable with our church planters having to make. In my lifetime, I’m unaware of any missionary to any other continent who has been required to make similar decisions. With a recent offering of $3.6 million for Christmas for Christ and annual support of over $1 million for those planting churches in metro areas we have made some progress in the level of financial support for North America’s church planters. This is far from adequate. The ratio of support for missionaries to other continents is $1 invested in North America for every $7 invested in a missionary to some other continent. It would seem that a ratio of $1 to $4 would be more effective.

Fourth, we help the cause of North American missionaries as we celebrate that these baby churches are actually the largest givers to the overall missionary cause. The dollar figure won’t compare with a church 50 years old, but the amount per capita is generally far more than churches much older. Almost every new church plant immediately begins giving to causes beyond themselves – most of them immediately become partners in missions.

What are some of the common “myths” of church planting that people often have wrong?

(1) Unrealistic expectations – gathering and disciplining takes time. Some examples: few church planters are able to be a full-time pastor in a few months; most converts do not suddenly become financial contributors; having four-color mail pieces means little when you are having church in a meeting room at the YMCA.  (2) A church plant can be effective by doing the same things an older church does, just maybe a little differently. A new church is a baby church. As an infant does things a bit different, someone planting a new church must expect to do business significantly different than an older church. We can’t expect things that work for an older church to work for an infant church.

What will the reader come away with after reading this book?

My most recent book is Healthy Church – Start Here. It addresses 16 specific things that cause a church, whether a “baby church” or an older church, to be at risk. The solutions found in each chapter are practical and relevant. Chapters like “Unrealistic Expectations,” “Premature Birth” and “Not Asking for Money” not only focus on the issue but give direction to correct the problem. These are real issues and problems facing church’s today.

How can they get a copy of this book?

Healthy Church – Start Here is a direct link to a site to order. The book is also available from the Pentecostal Publishing House or for the Amazon Kindle. 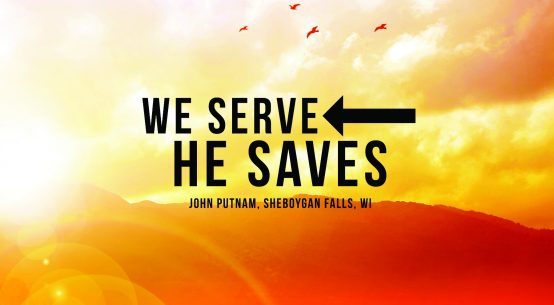