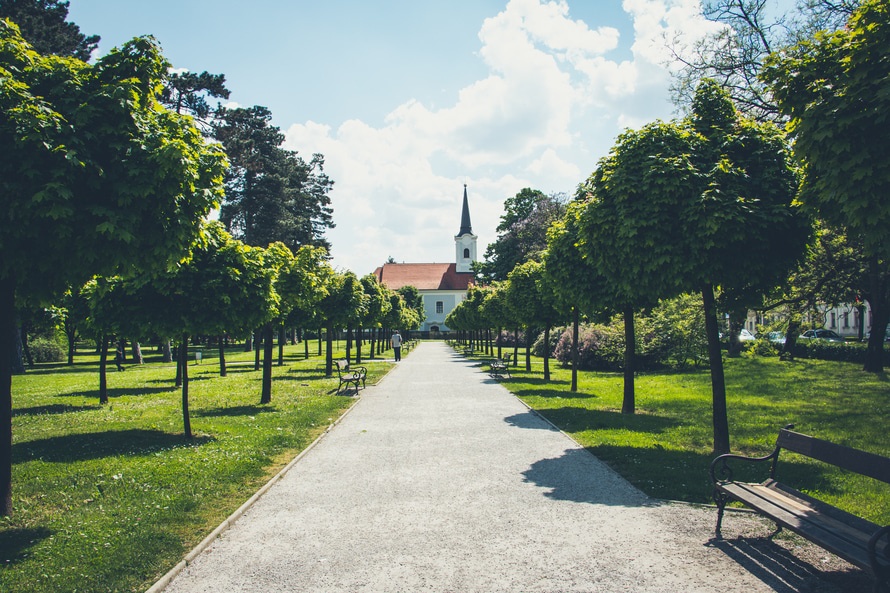 “And the Lord came, and stood, and called as at other times, Samuel, Samuel. Then Samuel answered, Speak, for thy servant heareth” (I Samuel 3:10).

Spiritual decline always marches to a slow drumbeat, but it eventually leads to the dead end of spiritual apostasy. It does not happen overnight; rather the process of backsliding generally follows a slow methodical progression. Spiritual apostasy usually begins with the compromise of spiritual leaders and then like a flood it quickly washes away the spirituality of the masses.

This was the case in the early chapters of the book of I Samuel. Eli was the High Priest and his two sons Hophni and Phinehas were priests of the Lord. Our first glimpse of Eli was not flattering to him spiritually. He encounters Hannah in the temple as she poured out her heart to the Lord. She desired a son more than anything in the world. Eli the priest did not recognize her deep prayer; rather he accused her of being drunk. His spiritual perception certainly left a lot to be desired. His sons were wicked and committed sinful acts and the passage insinuates that he was not even aware of it. He admitted, “I hear that you make the Lord’s people to transgress” (I Samuel 2:24). First Samuel chapter three states that his sons made themselves vile or accursed and he restrained them not (I Samuel 3:13).

The two sons of Eli were certainly following in the footsteps of their father. They were spiritually clueless and led the people of Israel even deeper into spiritual apostasy. They are referred to in scripture as “sons of Belial.” This description meant that they were spiritually worthless and lawless. This is the term often used to describe the devil himself. They had no respect for the laws regarding sacrifices. Instead of burning the fat, boiling the meat, striking the three-pronged fork into the kettle and taking what came up for themselves as the law commanded, they demanded that those bringing the sacrifice give them the portion of the meat they desired raw so they could cook it as they wished. As is normal with spiritual decline, self-satisfaction rules the day.

Hophni and Phinehas also adopted the fertility rituals of the heathen nations around them and committed unspeakable immorality at the door of the tabernacle of the congregation. If the priesthood found itself in this shape spiritually one can only imagine the depth of depravity that prevailed among the masses. The first verse of I Samuel chapter three seems to sum up the prevailing spiritual condition of the day: “And the word of the Lord was precious in those days; there was no open vision.” In other words, there was not much of the Word of the Lord being spoken, and God was not speaking through the priesthood.

Sadly, the spiritual condition of Israel in I Samuel seems to be a lot like where we find ourselves in the 21st century. Spiritual leaders don’t seem to be leading spiritually, fewer and fewer people seem to truly know the Lord, and biblical truths are being sacrificed on the altar of selfish desires. Gatherings of people may be larger, yet there seems to be less of the pure Word of God being preached. The Word of the Lord is precious! I realize I am painting with a broad brush, but the phrase “there was no open vision” seems to be more painfully accurate as the days go by. To add to the demise, those who stand for truth are labeled and maligned as fanatics, arrogant and exclusive.

It was into this very condition that the Lord called a young man by the name of Samuel. Through the din and clatter of spiritual apostasy God raised up a clear voice to call people back to Him. Samuel, although an unlikely source, was used by the Lord to lead a spiritual revival that we marvel at several thousand years later.

Without a doubt, God has called the Apostolic Church to be the voice to bring about a spiritual revival in this 21st century. We are the Samuel of our day. God is calling this last day church to be strong and speak loud in the midst of spiritual chaos. It is my opinion that we can make a difference in these last days. As we give voice to truth, we link up with the eternal. The Apostolic Church must rise to the occasion and be the voice calling our world back to Jesus Christ.

It is interesting to consider the correlation between Samuel and the 21st century church. Why did the Lord call Samuel to change the spiritual dynamic of his world? Why has the Lord called you and me to be that agent of change in the 21st century? I am not certain that I have all of the answers to these questions but consider four possible reasons.

The first possible reason why the Lord called Samuel to bring revival to his world is because he had a supernatural birth. He was on the planet by divine intention. I would submit to you that the Lord will use the Apostolic Church to change the spiritual environment of the world. The church is the entity that has experienced the supernatural new birth. The church has been given the message of reconciliation (2 Corinthians 5:17-20).

The second reason the Lord possibly used Samuel is because he was a Nazarite. The word Nazarite comes from the Hebrew word nazir meaning “consecrated” or “separated.” Hannah promised the Lord that if He gave her a son he would live a life of separation. The Nazarite vow required abstinence from the fruit of the vine, forbid the cutting of the hair, and prohibited contact with a dead body. No doubt another reason the Lord has called the 21st century Apostolic Church to change the world is because of her life of separation from sin (touching a dead body), her submission (hair), and her willingness to be led by the Spirit (fruit of the vine). Paul reminded the Ephesians. “And be not drunk with wine, wherein is excess; but be filled with the Spirit” (Ephesians 5:18).

Another reason the Lord used Samuel to shift the spiritual condition of his day is because he was willing to leave the warm comfortable surroundings of his room to receive and obey the voice of the Lord. Each time he heard the voice he climbed from his comfortable surroundings and made himself available for his work. His willingness to serve Eli was indicative of his future willingness to make a difference in his nation. Being used of God to help change our generation will require us to be pushed from the warm, comfortable confines of our comfort zones. The 21st century church is up to the challenge. This is why God is calling us to speak and make a difference in these last days.

Finally, God used Samuel because he was willing to speak the Word of the Lord even when it was not easy and comfortable. First Samuel chapter three reveals that young Samuel told Eli “…every whit, and hid nothing from him.” Can you imagine the moment? What a difficult assignment, but young Samuel spoke for the Lord. God has called this 21st century church to speak for Him. He will use us to change our world because we are willing to stand up in the face of popular opinion and speak the words of truth and life. Our message may not always be comfortable, but it will always be the message of salvation. By the way, we must speak the truth in love (Ephesians 4:15).

Being used of the Lord to change the spiritual dynamic in the 21st century seems like a daunting task. May I remind you, the Lord will help us. We are doing His work. Don’t ever forget that He took a rag-tag group of fishermen, and they turned the world upside down (Acts 17:6). Certainly, He can use this 21st century church. If our response is the same as the response of Samuel, “Speak, Lord; for thy servant heareth” (I Samuel 3:9), then by the grace of God the result will be the same. “And Samuel grew, and the Lord was with him, and did let none of his words fall to the ground” (I Samuel 3:19).

Bio: Matthew P. Martin has been a licensed minister with the UPCI for 33 years. He has served the United Pentecostal Church in Dewar, Oklahoma as pastor since January 1990. He is currently the Oklahoma District Superintendent and serves as the secretary of the UGST/UC Board of Trustees and the secretary of the TCM Board of Directors.