Welcome to Norman, Oklahoma, a place alive with the big city atmosphere but with the comfort of the small-town feel. Ranked as the sixth best small city in the United States in which to live, Norman is a great place to raise a family.

Located in this historical city is a church with a great history of its own. Established in 1962 by Bro. Bill Harden, Apostolic Worship Center, pastored by Bro. Kevin Borders, is a church set for harvest. Exuberant worship coupled with Bible-based preaching and teaching makes AWC a place where a person can grow into spiritual maturity. “We are a community church made up of people from all walks of life with one goal: to worship God,” said Bro. Borders.

Apostolic Worship Center is a place where people can grow at their own pace. There is always a friendly staff to greet each individual that enters the doors, worship is led with excitement along with a congregation that joyfully enters into the worship experience, and every worshiper leaves from the sanctuary with a renewed mind to serve the Lord on a daily basis. “Our main goal is to help people develop a relationship with the Lord,” said Bro. Borders.

Raised in church and receiving the Holy Ghost at eight years of age, Bro. Borders always felt that God wanted him to preach. However, it was only after going to New Zealand that the calling of God became very definite in his life. “I remember,” said Bro. Borders, “sitting in a little converted butcher shop that was being used for a church in Auckland, New Zealand during a strong move of God. I told God if He would help me I would preach for Him.”

Bro. Borders began preaching when he was 14 and began evangelizing at 17 years of age. “I evangelized for one year while single and then for one more year after my wife Denise and I married,” he said. “In 1982, I assisted my dad in Union City, Tenn. for about nine months, helping him during some health issues he was having. In November of 1982, I was elected pastor of the United Pentecostal Church in Sullivan, Ill., a position I held until March of 1985. From March of 1985 until December of 1997, I evangelized again until being elected pastor of Apostolic Worship Center.”

In his leisure time, Bro. Borders loves to read. His favorite authors are Charles Swindoll and Warren Wiersbe, and he enjoys spending time with his wife, his two sons, Derek and Brandon, and his three grandchildren: Bryce, Cayden, and Logan. Bro. and Sis. Borders are excited about two more grandchildren who are on the way, as well as the fact that their youngest son has just been appointed as a missionary to New Zealand and is currently on deputation.

Bro. Borders has always felt that Jesus impacted those in His ministry through preaching and teaching, and it has been his philosophy that preaching and teaching is the way to impact the lives of those that God has given you to lead. “One can never give up on the effectiveness of preaching,” explained Bro. Borders. “There are many different strategies that can be utilized in the church but none as effective as the preaching of the Word of God. There is nothing in a business manual that can be as successful as declaring the Word of God. It will bring dry bones together and put flesh upon them and life in them. A pastor should place his greatest energy into preaching, teaching and mentoring. Delegating all other functions of the church so that he can focus his time into these three areas is a must.”

Bro. Borders points to his upbringing as part of the success and growth of his ministry.  “Growing up in a preacher’s home had a great impact on my life,” he said. “Not only was I exposed to various ministers that came by our home but I was able to see first-hand the burden that a minister lives with in the life of my parents. I was thrust early in my teens into various ministries on the mission field, from Sunday school to teaching in the Bible school at the age of 17. My dad taught not just by words but by his life. He taught me that ministry had to be esteemed so high that it causes everything else to be placed somewhere below it. Dad taught that preaching was not just part of your life, it was your life.”

Apostolic Worship Center is a growing church, and Bro. Borders believes that prayer is vital to a growing church. “Prayer keeps the vision of Jesus before us,” he explained. “Prayer intensifies the need to carry out the vision of reaching the lost. Anything else only becomes mechanical, with the latest fads having to be employed to keep pace. Prayer causes a congregation to coalesce around the vision of the church, instead of contending for differing individual views. Prayer always provides the answer to effectively growing a church.” Our mission statement at AWC is “S.E.T. for Harvest to be A Spiritual Church, An Evangelizing Church, and A Teaching Church.” With a host of ministries and departments, organization and leadership training is crucial in any revival church. Bro. Borders does his best to implement programs to keep his church and leaders on the cutting edge. “We have had monthly as well as quarterly leadership training,” he said. “This training consists of learning how to work together as a team, developing methods for greater effectiveness as well as enlarging their vision. We promote that our leaders do their ministry with excellence rather than just get by.” All department heads have “ministry descriptions. We feel that they do not have jobs but rather have ministries. We have an annual planning session, which is a time for us to honor our leaders with a catered meal and gifts to show appreciation for their investment in the church. During this time, each department head is required to give goals for their department for the coming year. Also, I cast vision, share statistics of our church as well as encourage the leaders in the ministry that they are involved in.”

With 75 percent of AWC’s members involved in some form of ministry and 30% involved in evangelism, it’s critical to always continue to promote and encourage involvement. “Through preaching and teaching as well as training sessions, we promote that each individual is responsible to be a part of the process in the Kingdom,” said Bro. Borders. “Also, we offer to those that don’t always stand out in the crowd opportunities to serve in various functions, activities and programs.”

Apostolic Worship Center’s current facility is partly due to a blessing in disguise. “When I took the church, only one room of the second story of the educational building was finished; the upstairs (present apartment and evangelistic quarters) of the sanctuary did not exist nor did the church office space,” explained Bro. Borders. “The main building, while being only 15 years old, had severe water leakage that after thousands of dollars being spent had not been corrected. In December of 2000, an ice storm caused the roof to drop 12 inches and the suspended ceiling to buckle, causing further water damage to the building. After having the damage looked at, it was determined that there was inadequate foundation under the building. Seventy-five feet of the building would have to be torn down and new footers put in and a new building erected. As a result of this storm, the insurance company paid out over $300,000 to rebuild. Because of many building code updates that were paid for by our insurance we were able to put in updated restrooms and new pews. By doing some of the work ourselves, we were able to finish the other areas of the building requiring us to borrow very little money to finish the facility. The storm was indeed a blessing in disguise.”

AWC’s main structure is a metal building with a brick front containing a 220-seat sanctuary with the capability of being configured to seat upward of 300. This building also contains a two-bedroom apartment used by the Connections Pastor, an evangelistic quarters, and church office space. Sitting alongside the main building is a two-story educational building housing the fellowship hall, four classrooms, children’s church, and the youth sanctuary. “For the last 10 years we have had a consistent 2-3% growth each year,” said Bro. Borders, “and we are currently out of Sunday school and fellowship hall space. We are currently putting together a budget and looking to build a new event center that will house a gym and additional Sunday school space.”

Bro. Borders spent a total of 15 years on the evangelistic field when he began to feel a shift in his ministry. He loved evangelizing and God had to really work on him to get him to settle down, but Bro. Borders knew God was changing his ministry.

“In December of 1997, I was holding a revival in Lawton, Oklahoma when I heard of the opening of the church in Norman,” he explained. “I called Bro. Whalen and asked him about the church, and he told me he already had three names to try out, but if I wanted to come the next Sunday morning and preach I could. I told him the revival I was in had been scheduled for over a year, and I could not just walk away. He said, ‘Well, if something changes give me a call.’ When I told my wife of the conversation she said if it was God’s will the pastor we were with would cancel the next week of revival. I said he wouldn’t do that; he has had the revival scheduled for over a year. When I walked into the church the next service, the pastor called me aside and said he had never had to do this before but he had a lot of public school teachers in the church and the date for the school Christmas programs had been changed to the coming week, and he was not going to have good attendance and wondered since I had several hundred miles to go to my next revival if he could just pay me for the week and let me go on to my next revival. That left the following Sunday open. After having contacted Bro. Whalen, I preached December 14, 1997 for the church in Norman. It was just the morning service and there were other matters of business being taken care of that morning so no one talked to me about the church. After getting back to our trailer my wife asked me what I thought and I said, ‘That’s where we are supposed to be.’ She said, ‘How do you know?’ I said, ‘I just know.’ It was a feeling deep inside of me that this is where God wanted us. The first weekend we were there we had one filled with the Holy Ghost. To me that was a confirmation that God indeed had His hand in the move we had just made.

Bro. Borders is excited about the future of Apostolic Worship Center and has implemented plans to fulfill his vision for the future. “We have a vision of starting a daughter work on the west side of Norman,” he said. “We have just recently brought in a young couple to help facilitate guest follow-up, Bible studies and new convert care. Part of his ministry description is to start home fellowship groups. It is our plan to use these home fellowship groups to eventually start a daughter work on the west side of the city. We believe that Norman one day will have a church on both the west and east side, and we would like to see this happen within the next three to five years.” City & State your church is in: Norman, OK 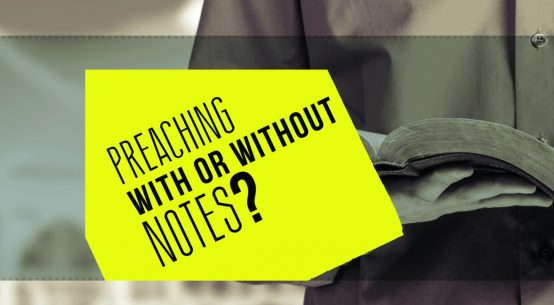