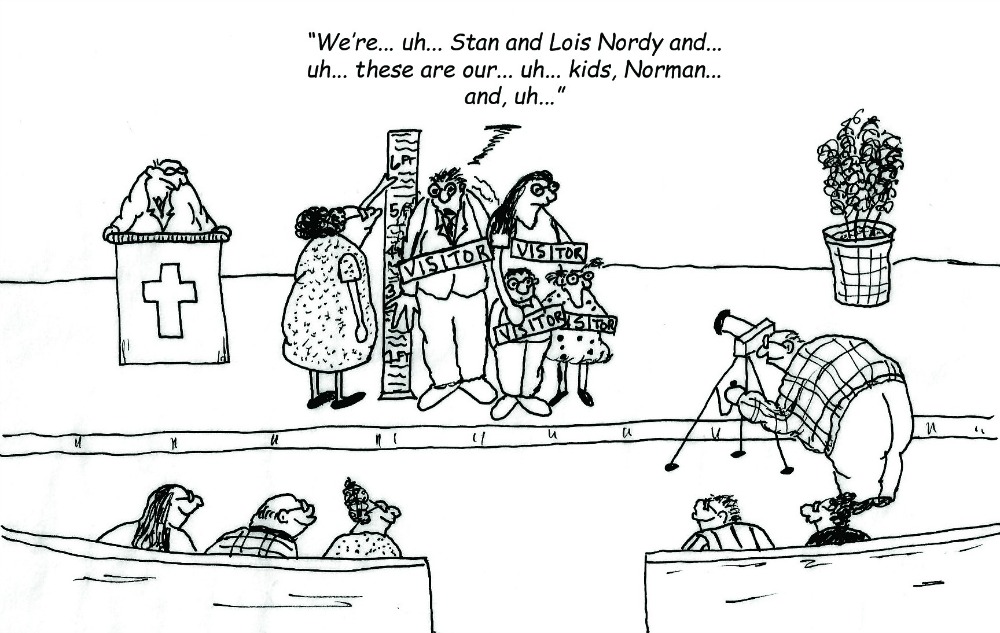 In September of 2005, a Social Studies schoolteacher from Arkansas did something not to be forgotten. On the first day of school, with permission from the school superintendent, the principal and the building supervisor, she took all of the desks out of the classroom. The kids walked into first period; there were no desks. They looked around and said, “Where’s our desks?”

The teacher said, “You can’t have a desk until you tell me how you earn them.”

And she told them, “No, it’s not even your behavior.”

Second period, still no desks in the classroom. Third period, same thing. By early afternoon television news crews had gathered in the class to find out about this crazy teacher who had taken all the desks out of the classroom. The last period of the day, the instructor gathered her students together. They were sitting on the floor around the sides of the room.

She said, “Throughout the day no one has really understood how you earn the desks that sit in this classroom ordinarily. Now I’m going to tell you.”

She went over to the door of her classroom and opened it. As she did, 27 U.S. veterans, wearing their uniforms, walked into that classroom, each one carrying a school desk. And they placed those school desks in rows, and then they stood along the wall. By the time they had finished placing the desks, those kids for the first time understood how they earned those desks.

Their teacher said, “You don’t have to earn those desks. These guys did it for you. They put them out there for you, but it’s up to you to sit here responsibly, to learn, to be good students and good citizens, because they paid a price for you to have that desk, and don’t ever forget it.”

A party of Methodist ministers was attending an annual conference at a private countryside resort. Several of them set off to explore the area, and presently they came upon an old bridge that crossed a quiet pond.

Unfortunately, they didn’t notice a sign declaring the bridge to be unsafe. As they crossed it, the caretaker came running after them. “Hey! You there! Get off that bridge!” he protested.

“It’s all right,” declared one of the ministers, “we are in this resort with permission. We’re Methodists from the conference.”

“I’m not worried about THAT,” replied the caretaker. “But if you don’t get off that bridge, you’ll all be BAPTISTS!

The Sunday school teacher was describing how Lot’s wife looked back and turned into a pillar of salt.

Little Johnny interrupted, “My dad looked back once while he was driving,” he announced triumphantly, “and he turned into a telephone pole!”

A pastor was crossing a road one day when a frog called out to him and said, “If you kiss me, I’ll turn into a beautiful princess.” He bent over, picked up the frog and put it in his pocket.

The frog spoke up again and said, “If you kiss me and turn me back into a beautiful princess, I will do all your house work.”

The pastor took the frog out of his pocket, smiled at it and returned it to his pocket.

The frog then cried out, “If you kiss me and turn me back into a princess, I’ll do all your house work and cook your meals.”

Again the pastor took the frog out, smiled at it and put it back into his pocket.

Finally, the frog asked, “What is the matter? I’ve told you I’m a beautiful princess, that I’ll clean your house and cook all your meals. Why won’t you kiss me?”

The pastor said, “Look, I’m a pastor. I already have a wife, but a talking frog, now that’s cool!”