“I beseech you therefore, brethren, by the mercies of God, that ye present your bodies a living sacrifice, holy, acceptable unto God, which is your reasonable service. And be not conformed to this world: but be ye transformed by the renewing of your mind, that ye may prove what is that good, and acceptable, and perfect, will of God.” – Romans 12:1-2

Our generation, no doubt, is facing things today that we have never faced before. But I believe that sometimes we give the devil too much credit for the wrong that goes on in our world and in our lives. It’s true that there are challenges facing this generation, but the Bible says in Acts 1:8 that we would “receive power.” The spiritual war in our day is already destined to be won by the people who have been given this “power from on high!” When Jesus died on Calvary, the guarantee for the Church’s victory was made. And yet we see that youth culture has developed a mindset in this generation that we have already been defeated.

A War of Mixed Signals

People go to the doctor for many reasons. They go to the doctor for legitimate injuries, many of which leave scars. Scars always remind us of the painful injuries (mistakes) that occur in life.  But the most common reason people go to the doctor is because they have a pain in their body that they don’t want to deal with anymore. When pain is normally processed in the body, the nerve receives the signal for pain, and then sends it to the brain, which determines what signal is going to be sent back to the body. Though the process is fast, a body part doesn’t feel pain by itself, but rather it needs help from the brain, which is in control of all things in the body.

A recent problem in our society is that more and more people are coming to the doctor, claiming to have a chronic pain, when nothing is wrong at all! The brain is sending signals to the body indicating pain, but there is nothing that is triggering a signal to go to the brain in the first place.  This means that somehow the brain is altered or harmed and is sending lying signals to the body that something is sick and broken. The doctors can tell their patients that they are healthy, that they are well and that nothing is wrong with them, but the patients are not convinced. There are even cases so extreme that people are dying because they believe they are sick to the point that death is imminent. The tragedy is that they are completely healthy, but their mind has been deceived into believing that they are injured and dying. Simply put, there is a war being conducted within the mind.

This same phenomenon is also happening in the spiritual realm, in terms of the mindset of this generation. I would make the case that many young people are becoming bogged down – mentally, spiritually and emotionally – when, in fact, they have been delivered and set free from the sins that held them bound for years. We are a holy people, set apart from this world for the Kingdom of God, and yet we can’t see ourselves as purified, because our mindset is convinced that something is wrong with us. Essentially, the devil has tried to render the grace of Jesus to have no effect by making us believe the lie that it is insufficient in washing away the sins of our lives.

What if the devil doesn’t necessarily have to turn people into drug addicts, pornography addicts, and fornicators to win the battle in this generation? What if the battle against the Church can be won by introducing a lie into the mindset of young people, a lie that will convince us that although we are redeemed, somehow we are destined to die in our sins?

We Should Not Identify with Pain

I understand that there are those in this generation who fall into sin, who become carnal and worldly, who walk away from God and His principles. But there are others who have been deceived by Hell into believing that they can never obtain God’s victory in their lives, their ministries are insignificant and destined to fail, and the vices of their past are still shackling them today.

I have experienced this in my own youth group. I have had young people asking me for counsel and saying things like, “I don’t know what it is, but I feel like something is wrong with me.”  They are unable to articulate exactly what they struggle with, but the pain is definitely real.  They go to the altar and seek God, expressing pain, but they leave those altars unchanged.  Something has placed itself deeply in the fabric of their minds, that although they are good young people and although they have so much potential, something is deeply wrong with them, and they are no good for the Kingdom.

I was at a youth convention recently, and the same thing eerily took place. During the service, while some were giving their testimonies, there was little interest and response. But then a young lady got up to testify – and she started talking about all of the recent sorrow and agony that she had been going through. As soon as she mentioned the word pain, young people across the auditorium began to fall on their faces and cry out. They clearly identified with the word pain, but rather than thanking God for His deliverance and faithfulness, they cried out and still agonized over the pains of their lives.

I understand that there is sorrow in the world, but when a room full of young people is uninterested when others are testifying about everything that God has done for them, and yet someone speaking a word about pain brings everyone to their feet, there is a problem. This cannot be the generation that identifies with pain, when we should be identifying with the powerful moves of God and His many blessings. We can never see the fulfillment of end time revival if we insist on being the generation that identifies with the sensation and the lies of the pains of our past.

We are NOT Dead!

There once was a young man from Detroit, Michigan – Caleb — who lived in a dangerous part of the city. He asked his friend, Josh, to give him a ride to a particular location. When they arrived at the destination, Caleb asked Josh to go in with him, since they were in a scary-looking alleyway. But to Caleb’s surprise, when Josh got out of the car, he shot Caleb twice — once in the arm and once in the chest. He approached Caleb to shoot him in the head, but Caleb swung at the gun with his good arm, and the shot barely missed his temple.

Luckily, there was an ambulance nearby, and the crew brought Caleb to the hospital. As they were wheeling Caleb inside on a stretcher, he heard them mark the time of his arrival — 10:35 — as the time of his death, even though he was not dead! He lay there on the stretcher, sure that nobody would come to save him, since he had already been pronounced dead on arrival. As Caleb began to drift off, a doctor suddenly came running from around the corner and said, “Leave him alone! He is not dead; this young man is alive! And I am going to save his life!”  The physician was able to give proper care to Caleb and not only save his life but restore him to perfect health with no residue of the tragedy that had been intended to rob him of his existence.

Whose Report Will We Believe?

We cannot afford to believe the lie that we are spiritually dead. When a lion roars, it is using its last option to hunt its prey—by scaring it into submission. When hell begins to wage war and cry out in our lives, that’s how we know that we have the devil right where we want him.

When the Israelite spies went out on their mission into Canaan, they brought back two different kinds of reports. Everyone knew and agreed that the Promised Land was prosperous, but the men of the land were of great stature, and while two spies believed in the promises of God, ten of the spies said that there was no way to defeat the Canaanites — they had already lost the battle.

We as a generation have two choices: will we believe the evil report of the enemy, dance around the promise of God, and leave it for the next generation to inherit? Or will we rebuke the lies of hell, embrace the good report and believe the promises from God? We are more than conquerors.  We are not dead; we are surely alive!

“Yea, though I walk through the valley of the shadow of death, I will fear no evil: for thou art with me; thy rod and thy staff they comfort me.”  Psalm 23:4 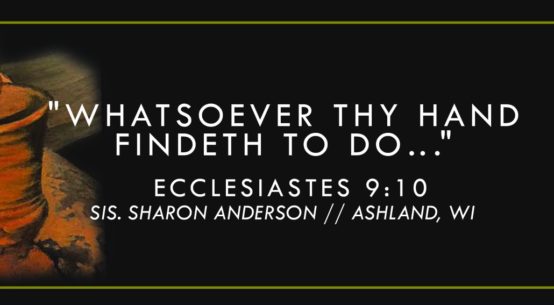 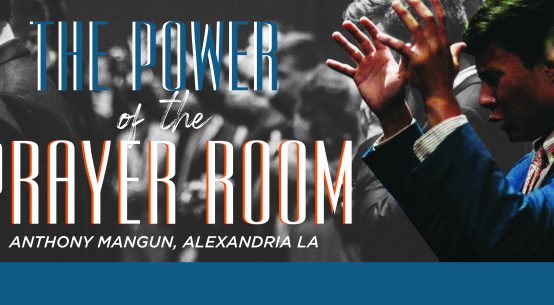