Machine gun bullets stripped branches from trees above his head as 13-year-old Bunthean Nhothsiri ran for his life with his infant brother on his back. Artillery shells were bursting all around him and other screaming people who were running ahead of him.

Breathless, he did not stop, even in the torrential rain. He dared not stop. His father’s final command to him before his family made their escape was, “Keep your eyes on your older brother. Follow him wherever he goes. Keep running, and stay up with him.” Running ahead of him, his 14-year-old brother carried their two-year-old brother on his back.

Bunthean and his family were fugitives in their homeland of Cambodia. He knew that if he stopped running he would die, and so would the nine-month-old baby he struggled to keep secure on his back. He saw some of his fellow villagers fall, their bloodied bodies torn by shrapnel, but he kept running.

It was 1975 in war-ravaged Cambodia, and Bunthean and his family were escaping into the night from a resettlement camp they had been forced to move to when their whole village was confiscated by the murderous Khmer Rouge Army. During those nightmare years of 1975-79, approximately 1.7 million of his countrymen lost their lives as the communist Khmer Rouge dictator Pol Pot ruthlessly established control of the nation. That amounted to 21 percent of the Cambodian population, according to the Genocide Studies Program at Yale University.

Finally, Bunthean and his brother were able to stop running. Somehow, his whole family of nine had made it to the rendezvous point near the western border of Cambodia. They eventually made their way safely across the border into Thailand, where they would spend the next four years. Bunthean’s youngest sister would be born there. During that time, Bunthean began his training as a Buddhist monk.

Eventually, when he was 17 years old, a family in the United States volunteered to sponsor his entire family to come to America through a Catholic charity organization.

When they arrived in their new home in the small town of Ortonville, Michigan, Bunthean’s family was provided a temporary house and living allowance, along with some basic classes in how to survive in the totally alien culture of America. They were grateful for tranquility, overwhelmed by abundance, thankful for the possibilities of their new life, but totally adrift in a sea of unfamiliar language and culture.

At first, only Bunthean was able to speak rudimentary English, and so it was he who answered the door when a neighbor stopped by to invite the family to Sunday church services. Their neighbor was from a newly-started Apostolic church. None of the family had ever been to a Christian church service before, but Bunthean decided for them. They would go.

Their family of 10 doubled the size of the home mission church. The worship Bunthean’s family experienced was nothing like the rituals of the Buddhist temples they had known in Cambodia and Thailand. At one point, it was obvious to Bunthean that when the Pentecostal believers prayed, they were speaking in languages other than English. This was not unnerving, since in his training to become a Buddhist monk, all the monks chanted ancient prayers in a language they did not understand. However, what he could not yet comprehend at the Pentecostal church was the fact that he heard more than one language other than English being spoken in prayer at the same time.

His whole family continued to attend regularly and were very appreciative of the kindnesses and help they were receiving from their new American friends. They consented to a home Bible study. Pastor David Bowen used Search for Truth to teach them about the Bible, and asked the young Bunthean to be his interpreter. It was very difficult, especially trying to understand some of the Old English words in the King James Bible.

They did the best they could, but full understanding was coming slowly.  Then one day, someone stopped by their house to give them a copy of the Bible in the Cambodian language. Now clarity came as Bunthean read the Bible. In the Cambodian language, he could fully understand the English word repent. His Sunday school teacher had asked them to memorize Acts 2:38 and the Lord’s Prayer. Now he more completely understood the significance of these verses. In time, he and his entire family repented of their sins, were baptized in the name of Jesus Christ, and received the baptism of the Holy Spirit.

Today, Bunthean Nhothsiri is an ordained minister of the United Pentecostal Church International. He and his wife, Jasmine, pastor a church with many Cambodians in their congregation in Nashville, Tennessee. He also serves as the Southeast Asian Ministry Coordinator for the UPCI’s Multicultural Ministries.

His testimony is a clear example of why Multicultural Ministries has become a vital part of evangelistic outreach of the UPCI. Formerly an arm of North American Missions, as MCM grew it became part of the Church Advancement program which also includes Spanish outreach and Building the Bridge outreach to the urban black community, all of which come under the direct purview of General Superintendent David Bernard.

For the past 20 years and more, Multicultural Ministries has developed under the dedicated leadership of Donald Hanscom and his wife, Saundra, former missionaries to Pakistan. They have untiringly proclaimed that the church’s first priority is to reach the community around it with the gospel of Jesus Christ. In North America, that community is more often than not a multicultural community. God has brought the world to our doorsteps in the United States and Canada, and while we must find ways to reach diverse language and ethnic groups, the church itself has only one culture — a Bible culture.

Multicultural Ministries may be the unintentionally best-kept secret of the United Pentecostal Church International. Many pastors in North America are unaware that an extraordinary resource is available to assist them in outreach to major concentrations of ethnic groups located in their communities.

Not only can churches obtain free Bible studies and other Oneness Pentecostal literature in 60 different languages through www.globaltracts.com, but pastors also can obtain outreach assistance for reaching specific ethnic groups in their communities. Coordinators who are fluent in various major languages and who are familiar with diverse cultures in North America are available to assist pastors in reaching these immigrant communities.

More and more pastors in North America have come to realize that virtually every nation and tongue can now be evangelized from their back door. The peoples of the world have come to North America, and many of them may be your next-door neighbors.

Multicultural Ministries of the United Pentecostal Church in North America, under the direction of Bro. Hanscom, is ready to assist any pastor who wants to reach a diverse community. Simply contact mcmupci.com. In many cities in North America, a local community is going to contain many new immigrants. According to February 26, 2015 statistics from the Migration Policy Institute, new immigrants make up 13.3 percent of the U.S. population. Twenty-five percent of the U.S. population is either first or second generation immigrant. Almost 70,000 legal refugees come to the United States every year, and annually 1.7 million foreign students obtain visas to study at colleges and universities in America.

Often, the first church that befriends and invites these new immigrants and foreign students to church services will become the home church of that immigrant family or foreign student.

The story of one Cambodian teenager and his family is a compelling reason why hundreds of pastors should consider starting an outreach to immigrant neighborhoods in their cities.

William Turner is a retired UPCI missionary to South Korea, Russia, and the nations of the former Soviet Union.  He is an instructor in the Missions Department of Indiana Bible College, Slavic Evangelism Coordinator in North America, and the Multicultural Ministries Coordinator for the Indiana District. 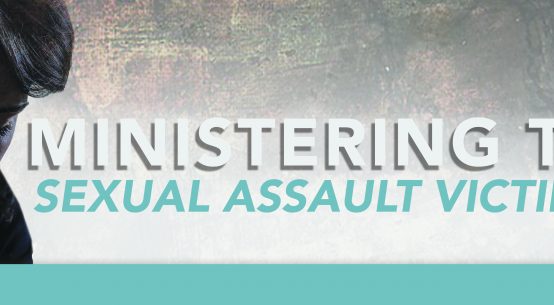 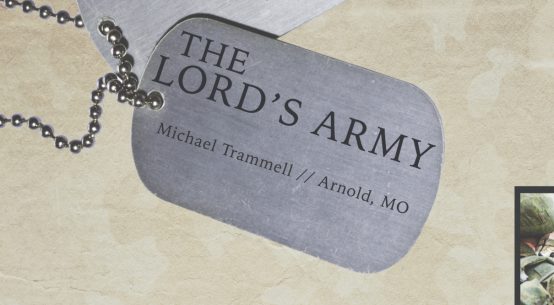