When we are young, we feel that we are invincible. There’s always a tomorrow.

On a recent visit to England, I saw many tall tower cranes on new construction sites. We weren’t really seeing how the cranes move, but I recalled the early mornings in past years of construction work, walking out onto the arm of the tall construction-site cranes. As the crane picked up a load, it would drop three to four feet. It takes some getting used to. As it began to turn, the tower itself would twist several inches. You had to trust in the structure; had to feel the invincibility on the crane, like “there’s always tomorrow, nothing bad could happen.” But, we have seen through news reports that accidents do happen and opportunity knocks for the last time.

We can count our close friends — people say — on one hand. We sing, “What a Friend we have in Jesus.” We know He is our Friend, but outside of that, who is really our friend?

Apostle Paul had two special friends: Luke the physician, with whom he traveled, and Timothy, whom Paul addressed as “my own son in the faith” (I Timothy 1:2). It’s believed when Paul was stoned and left to die at Lystra, it was Timothy who ministered to him, binding up his wounds and assisting him into the city.

Paul faced hard times and had many opportunities to quit. Being warned not to go to Jerusalem, Paul answered, “But none of these things move me, neither count I my life dear unto myself, so that I might finish my course with joy, and the ministry, which I have received of the Lord Jesus, to testify the gospel of the grace of God” (Acts 20:24). Opportunities are there to witness for the Lord. But, in a moment, opportunity knocks for the last time.

Near the end of his journey, even through shipwreck, Paul remained confident: an angel had visited and said, “You’re going to Rome.” He could say to those who were cast away with him on the island of Melita, “It’s going to be okay. This is not my final stop. There are other opportunities.”

During winters in the Mediterranean, most business shuts down, including travel. If one is late in scheduling, the opportunity for travel is over.

What would Timothy have thought of Paul’s letter? Timothy was very busy building a church in Ephesus and overseeing and installing elders there. But Paul had written, “Do thy diligence to come before winter.”

Timothy might have thought, “I’ve got many things that need done, and I’m going to clear off my desk, and….” If so, he would’ve landed in Rome the next spring and inquired, “I’m looking for the prisoner Paul.”

“Paul? He was executed three months ago. You missed your chance to see him.”

“You’re not Timothy, by chance? Because he kept asking all the time, ‘Has Timothy come? Any word of Timothy?’ Even on the day of his execution he was wondering.”

Though I’d like to believe that Timothy made it by winter, Paul wrote, “… Timothy is set at liberty; with whom, if he come shortly…” (Hebrews 13:23). It leads us to believe maybe Timothy didn’t make it. There is a moment when opportunity knocks for the last time.

“I preached a sermon in 1915, and afterward I preached the same story every year for 40 years,” Clarence E. Macartney declared, “because every year I learned there might be a person whose opportunity was knocking for the last time.”

After he heard it preached, a young man once responded, “The title of that message, ‘Come Before Winter’ . . . I kept hearing it in my ears, over and over. After that, I was busy finishing college and working, but I finally sat down and wrote a letter to my mother.” After he sent it, a telegram arrived summoning him home; his mother was dying. When he arrived, he found his letter under her pillow. Those attending her said the letter had brought hope and joy to her in those last moments.

When the young man told Macartney that, Macartney shared the story wherever he went. Opportunity comes . . . but so does winter. There comes a moment when opportunity knocks for the last time.

Every father plans to be a good father, to toss the ball, to be the best he can be. But there’s business, work, school, entertaining, etc. If we could put our child in the “deep freeze of time” until we had time for them . . . they’d never come out! That’s life! Life happens. We want to put everything in the deep freeze until we can get back to it, until we have free time — but there’s no free time! Children have this habit of growing up. There comes a moment when opportunity knocks for the last time.

A secular song by Harry Chapin called “Cat’s in the Cradle” tells of a young boy who says, “I’m gonna be like you, Dad.” The dad is busy, but the boy grows up to be 10, then a teenager, and off to college and career, always asking when he can spend time with his dad. Sometime later, his dad calls, wondering when they can get together, but the son is busy and his kids are sick, etc. The dad realizes his son has grown up “just like me.” There comes a moment when opportunity knocks for the last time.

I knew a family growing up; the parents were raised in Godly homes. They married and were successful in business, receiving promotions and flying all over the world. The lifestyle, along with their success, was one of entertaining, partying and drinking. When their kids were growing into teens with issues, the couple recognized their need: “We’ve got to get back to church.” The only problem was that those kids — now in their teenage years — were witness to the parents’ previous lifestyle.

The couple prayed and fasted. It’s heartbreaking to see the kids now on social media living their lives according to what they saw as children growing up. We must realize there comes a moment when opportunity knocks for the last time. Mom, Dad, when opportunity is knocking, when you have the opportunity, wouldn’t it be better to be in the house of God where your children are free to lift their hands and worship like tonight? Wouldn’t it be better for them to feel and experience the moving and anointing of the Holy Spirit in their lives? But, suddenly, opportunity knocks for the last time.

Church involvement is beyond important for us. It is non-negotiable! It’s also important for the community, especially to the mayor and the chief of police who have told us in several meetings, “We don’t know what to do.” Opportunity is knocking when we can say to our children, “You’re going to church with me!” The saddest phone calls are for funerals, when someone calls and says, “We think Calvary Tabernacle was probably his home church.” How could they come and not know Christ rules and reigns? They never quite made Christ their King. Opportunity knocks for the last time.

John Greenleaf Whittier wrote the famous words: “For all the sad words of tongue or pen, the saddest of these are, ‘It might’ve been.’” Winter comes. Opportunity knocks for the last time.

Opportunities to Do Right

An elderly woman wrote of her blessing, “One thousand dollars came unexpectedly!” After receiving it, she checked her diary entry for the corresponding check date and saw she had written, “I’ve got to hurry and write out my tithes.” The next line read, “Quick! Quick, before my heart gets hard!” It was an opportunity to do the right thing.

The Bible speaks of giving on the first day. People have intended to give but lose their desire, things get in the way, etc. Opportunity knocks for the last time.

I remember growing up with great preaching. It had a profound effect on me! I can remember youth camps when it seemed the preacher was coming after us right over the pulpit. If they were preaching about hell, we could feel the flames of hell on our feet! We were convinced it really existed. They also preached about heaven in a way that made you ready to get your ticket punched today. It seems political correctness has altered our approach and taken away some of that type of preaching today.

Pastor O.R. Fauss preached one of those camps. He told the story of a young man who came to church one night and sat on the back pew. Bro. Fauss preached a sermon, but felt God arrest his message with a final call. He noticed the young man, and the Holy Spirit said, “That’s the one.” Fauss approached him and repeatedly pleaded with him to give his heart to God, without response. Fauss had just received a nice car from the church, and as he withdrew the keys from his pocket, he said, “If you will just give God a chance, I’ll give you the keys to my nice new car!”

The young man refused. He walked out of the church, and that very evening he lost his life in a car accident. Opportunity knocked for the last time. You might think you can alter your time allotted, or finally get around to your family, or push off the Holy Ghost until it is convenient, but God could also say, “Okay, opportunity has knocked for the last time. I will NOT be with you always.”

At Jesus’ friends’ house were Lazarus and his sisters, Mary and Martha. Martha was busy with guests and began to complain to Jesus that Mary should come and help her rather than sit and listen. Jesus answered, “Martha, thou art careful and troubled about many things: But one thing is needful: and Mary hath chosen that good part, which shall not be taken away from her” (Luke 10:41-42). We can get so caught up — it’s “needful” — but opportunity knocks at your life. Sometime during your day, you better take time out for the Holy Ghost to touch your life. Opportunity knocks for the last time!

Winter is when, instead of growing, the trees are bare, the leaves have fallen, and they seemingly have died. Winter is also when the human heart becomes very cold. Opportunities fade. A lot of decisions need to be made before winter. Do I yield myself to the opportunities? Do I still fervently pray? Do I set aside time so the Holy Ghost can intervene in my life?

God is full of grace and has a long arm of mercy. All we need to do is find our way to the cross. Heed Jeremiah’s words: “The harvest is past, the summer is ended, and we are not saved” (8:20).

It is paramount! It is beyond important! Because there is that moment when opportunity knocks for the last time.

Tim Pedigo came to Indianapolis in 1991 to serve at Calvary Tabernacle, first as administrative assistant and then as assistant pastor in 2000.  He has been an instructor at IBC since 1991, teaching subjects such as Hebrews, World Religions and Music Composition. His expertise is utilized in many areas, and he is greatly appreciated. 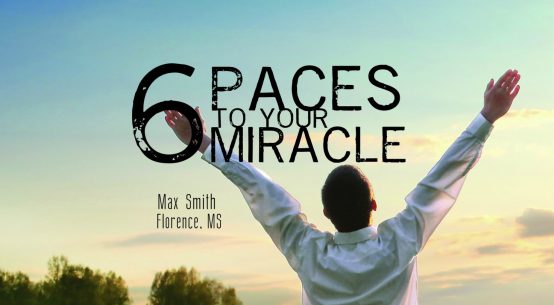 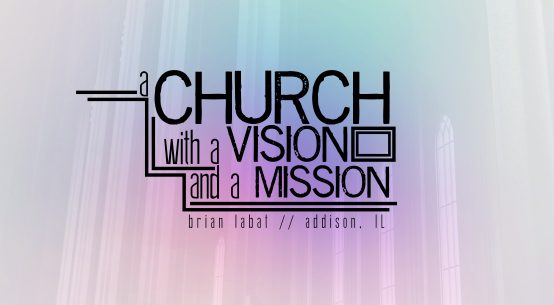