Another definition for importunity is “over-bold”—not just bold, but over-bold. The man had a need. He was shamelessly persistent and insistent. He did not care if it woke up the friend or his children. He had a need.

Persistence. Get that word in your spirit because it will be a key to unlock what you need in your life. Your shameless persistence and insistence can grant you some things you would not normally get just by your relationship. I have God’s promises available to me but it doesn’t mean I get every promise. Just because you’re in the neighborhood doesn’t mean you get everything the neighbor can provide. I’ve driven through some very wealthy neighborhoods but the key phrase is driven through. I’m sure after a few drive-throughs, if I didn’t leave the neighborhood, security would be called to find out, “What’s this guy doing in the neighborhood?”

The events of Luke 11 begin with Jesus teaching on the topic of prayer, beginning with verse one. Prayer is simply talking or communicating with God: you’re talking to God, and He’s talking to you.

The Bible is full of prayers from Genesis to Revelation. Adam and Eve talked with God. Noah prayed, Abraham prayed, Moses prayed, Joshua prayed, the Judges prayed. The Psalms are filled with prayers. The Prophets prayed. Daniel prayed. The New Testament church prayed.

Jesus prayed—at His baptism, in the wilderness, on the mountain, in the garden. When His disciples said, “We came into contact with this man that had a devil but we couldn’t cast the devil out,” Jesus responded to them, “This kind comes out only through prayer and fasting.”

So when the disciples said in verse one, “Lord, teach us to pray,” Jesus said to them, “When ye pray, say, Our Father which art in heaven, Hallowed be thy name. Thy kingdom come. Thy will be done, as in heaven, so in earth. Give us day by day our daily bread. And forgive us our sins; for we also forgive every one that is indebted to us. And lead us not into temptation; but deliver us from evil” (Luke 11:2-4).

These Jewish men were asking Jesus to do something that had been taught to them from childhood. Prayer was a part of their life; they prayed and taught their children to pray. They had prayers for every occasion; prayer in the morning, prayer at noon, prayer in the evening. There was a set time for prayer, a set way for prayer.

The Pattern of Prayer

Jesus gave them this incredible pattern so they could be effective in their prayers. It’s found in Luke 11 but you can also read about it in Matthew 6.

Matthew 6 is in the middle of the Sermon on the Mount. Jesus teaches them how not to pray, how not to give, how not to fast. There’s a way to do it and a way not to do it. We want to do it Jesus’ way, not just man’s way.

Don’t give to be seen of men. You don’t come and put $20 in an envelope, put your name on it, and wave it around so all the people in your section see you give this week. Your motive is wrong: you want to be seen of men. But if you give as unto the Lord, give it not as a show but as a commitment to God.

There’s nothing wrong with praying publicly, but we shouldn’t pray like the Pharisee. We don’t come in and see a struggling brother and smugly say, “Oh, God, I thank You that I’m not like that brother!”

When you fast, do you make sure that everybody knows? You don’t brush your teeth or comb your hair; your clothes are rumpled; you look like you’ve been through it. You tell everybody sanctimoniously, “I’m fasting right now. Just pray for me.” Your reward is exactly that, that you’re seen of men.

God is dealing with our motives today, dealing with the fact, the real, the authentic. How we pray and fast and give ought to be out of humility. Blessings are going to happen when it’s more than a show of spirituality, when an inward desire to please flows out and becomes a part of our personal life.

Our friend, Rob, was in an airport, faced with an uncomfortable five-hour delay. At the food court, he noticed an elderly lady sitting alone. Her hand trembled, and she looked scared. Rob bought a bottle of water at the counter and asked the clerk to deliver it. He went on down the hall—and learned his “five-hour-delayed” flight was boarding soon! He felt God speak to him, “You sowed into that lady’s life, and so I’ve done this for you.”

How many miracles are waiting for us, opportunities to GIVE into the lives of others if we weren’t so consumed with me, myself, and I; so consumed with ourselves that we stop giving, stop praying and stop fasting? What is fasting for? It’s afflicting our flesh, getting us aside from the I-mode to see there’s something bigger. It stops feeding the flesh and starts feeding the spiritual man where we flow in a different, deeper realm.

Jesus gave the disciples a pattern for prayer. This is how we should pray. It was not just a mindless ritual, a traditional prayer to be recited from a written scroll, but a pattern for prayer:  “Our Father which art in heaven…thy will be done…give us this day…forgive us…lead us not in temptation…deliver us.” It’s but a pattern that we apply to various parts of our life.

Connected for a Purpose

Following the pattern for prayer in verses 2-4 is a parable Jesus gives them (verses 5-8). A parable is a story that comes alongside a lesson to teach us its truth. He tells this incredible and significant story of two neighbors who are obviously friends.

The parable is not separate from the teaching of prayer but meant to be connected to the teaching of prayer. We need inspiration to persistently and insistently pray, a persistence about prayer that becomes shameless. It will help us understand that if we don’t get it the first time, we’re going to keep praying, keep asking, keep knocking. An old saying goes, “He may not come when you want Him to, but He always comes right on time.”

There is a season of timing. It’s my job to pray, but I must pray according to the will of God. A good father’s not going to give his kids everything they ask for. All that candy? No! You’re not having it! “If ye then, being evil, know how to give good gifts unto your children: how much more shall your heavenly Father give the Holy Spirit to them that ask him?” (Luke 11:13).

In this parable that comes alongside the teaching on prayer, it is significant that one man goes to bed at a decent hour. He brings his family in. In those days, homes had a level near the door where if you had a goat or cow to milk, you could bring it in and close the door. On another level was a room near the fire where you could put your family to bed. This man had closed up shop.

Meanwhile, the man down the street gets a visitor at midnight. Midnight! Because travelers avoided the hot sun, the visitor got there late, perhaps unexpected. Hospitality and preparation were the culture of that time, but this homeowner was unprepared.

“You all make yourself comfortable,” he said. He ran out the door and down the street to his friend’s house. Knock-knock! “Who’s there? … Freddy! It’s midnight! Go away!” That man wouldn’t get up because of their friendship, but because of his friend’s persistence—his shameless persistent and insistent knocking—he responded.

How many of us have reached that in life? Sometimes we just don’t ask. I believe God wants to answer big prayers in your life so if you will begin praying again—keep asking, keep seeking, keep knocking—you’ll see blessings come into your life. Be shamelessly persistent and insistent!

About Anthony and Kim Ballestero

His wife, Kim Ballestero, graduated from Jackson College of Ministries with a Bachelor of Music with highest honors (87-90). She is an anointed musician, singer and currently serves in the role as music pastor at New Destiny. She and her husband were both raised in the home of a pastor and have spent their lives involved in the work of the ministry. They have settled in Clearwater to raise their children — Kalyx, Carlton and Braden — and to lead New Destiny Worship Center. 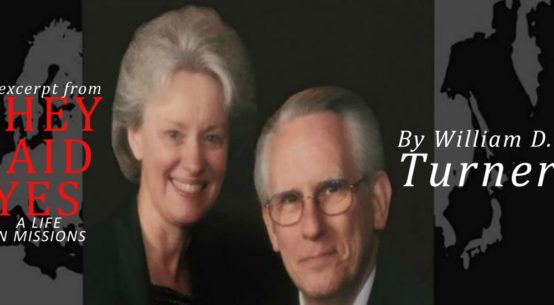 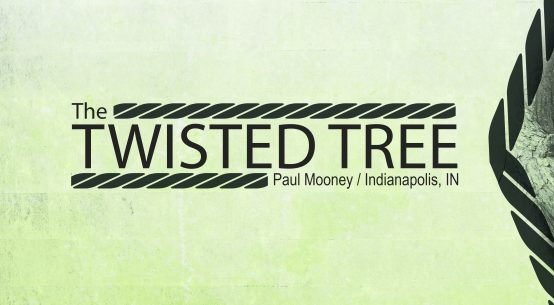