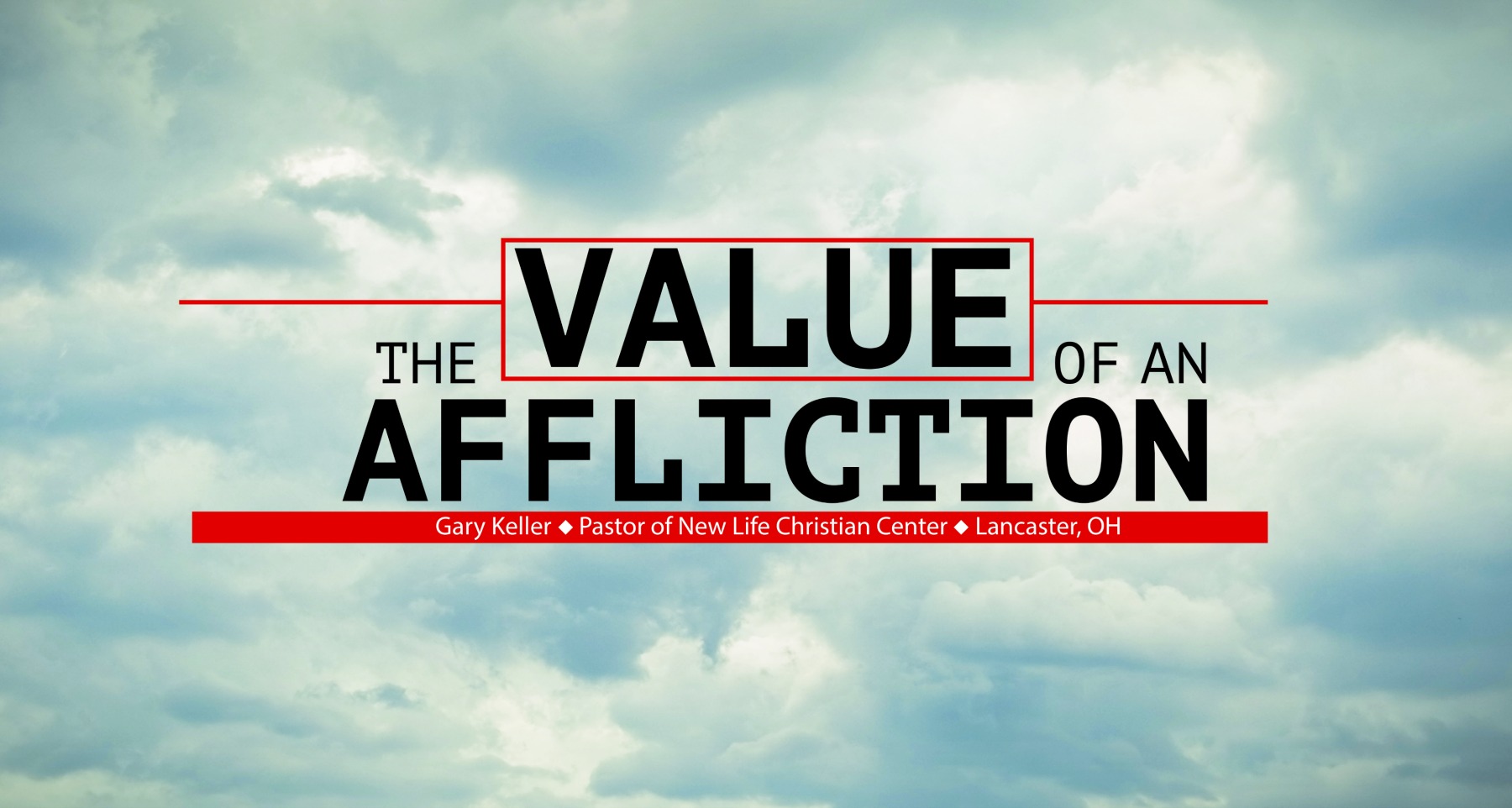 “And lest I should be exalted above measure through the abundance of the revelations, there was given to me a thorn in the flesh, the messenger of Satan to buffet me, lest I should be exalted above measure. For this thing I besought the Lord thrice, that it might depart from me. And he said unto me, My grace is sufficient for thee: for my strength is made perfect in weakness. Most gladly therefore will I rather glory in my infirmities, that the power of Christ may rest upon me. Therefore I take pleasure in infirmities, in reproaches, in necessities, in persecutions, in distresses for Christ’s sake: for when I am weak, then am I strong” (2 Corinthians 12:7-10).

The thorn in the flesh, which the Apostle Paul references in this passage, came on the heels of an incredible spiritual experience where he was “caught up to the third heaven” and saw “visions and revelations of the Lord” and “heard unspeakable words, which it is not lawful for a man to utter.” It was a heavenly experience, which Paul called “paradise,” and it was in this place he saw things he was not permitted to share with mortal man.

Because of the revelations and visions this experience cultivated, Paul was given “a thorn in the flesh” he described as the “messenger of Satan to buffet me.” Overwhelmed by this thorn, he prayed to the Lord on three occasions asking for deliverance, only to hear these words, “My grace is sufficient for thee: for my strength is made perfect in weakness.”

The carnal mind makes it difficult to understand all that Paul was asked to endure. It doesn’t make sense when Paul says; “I will glory in my infirmities” and “take pleasure in infirmities, in reproaches, in necessities, in persecutions, in distresses…”

The Amplified Bible reads, “So for the sake of Christ, I am well pleased and take pleasure in infirmities, insults, hardships, persecutions, perplexities and distress; for when I am weak (in human strength), then am I [truly] strong—able, powerful in divine strength.” Reading this passage makes it obvious that the key to surviving a thorn in your flesh is to never allow it to become a thorn in your spirit.

In this thing called life, you are going to face persecutions, distresses, hardships, afflictions, and human weakness. Therefore, you must understand what Paul understood and make this declaration: “I’m not going to allow the thorn in my flesh to become a thorn in my spirit.” We must join in Paul’s resolve and say, “I’m going to trust the Lord regardless of the situation I am facing today. His grace is sufficient to take me through.”

We love Romans 8:28, but we’ve got to go through verses 26 and 27 to get to verse 28: “Likewise the Spirit also helpeth our infirmities: for we know not what we should pray for as we ought: but the Spirit itself maketh intercession for us with groanings which cannot be uttered.  And he that searcheth the hearts knoweth what is the mind of the Spirit, because he maketh intercession for the saints according to the will of God.” Now, we can visit verse 28: “And we know that all things work together for good to them that love God, to them who are the called according to his purpose.”  Even in my infirmity, my thorn in the flesh is going to be used for His glory!

Separation is a Risk

Paul made up his mind that absolutely nothing, not even a thorn in the flesh, was going to separate him from the love, the plan, or the will of God. “For I am persuaded, that neither death, nor life, nor angels, nor principalities, nor powers, nor things present, nor things to come. Nor height, nor depth, nor any other creature, shall be able to separate us from the love of God…” (Romans 8:38-39).

By Paul’s admission, he went through incredible hardships (II Corinthians 11:23-29).  He was beaten, stoned, shipwrecked, in perils, weariness and pain, but he never allowed it to affect his spirit! Yes, you are going to have thorns in the flesh, but you cannot allow them to get in your spirit. Why? Because the moment the thorn in the flesh gets in your spirit, it will separate you from the love of God.

In Proverbs 18:14 we read that, “The spirit of a man will sustain his infirmity; but a wounded spirit who can bear?” You must make sure the thorn stays in your flesh, because a wounded spirit, a thorn in the spirit, who can bear? In my experience, the number one reason why people walk away from the Lord, backslide, revert back to their old sinful ways and give into the buffeting of Satan, is a wounded spirit!

My dad passed away in 1975. A few moments before he took his last breath on this earth and slipped into eternity, dad asked my mother to sing, “What Good Has My Life Been? Someday I’ll Surely Know.” While she sang, a blood clot went to dad’s heart. While the staff tried to revive him, mom paced the hallway of the hospital only to hear a man in the room across the hall call out to her, “Ma’am, come in here. I have to talk to you.” The man was from India and he said, “I know that you’re going through a terrible thing right now, but I want to tell you that your husband speaks my language. All night long he praised his God in my native tongue, and this is what he said, over and over again: ‘Nevertheless, not my will, but thy will be done.’”

As my mother shared this story with me a few months ago, she said, “For four or five years after your father passed away, every time the man of God would say, ‘God is a healer,’ I would just bow my head and say, ‘No, He is not! He didn’t heal my husband!’” Because of that horrific experience, the thorn in her flesh made its way into her spirit to the point she could not believe God for the supernatural. But about five years after dad died, she had an incredible encounter with God, and the Lord took that thorn out of her spirit and today she can say, “I know that my God is a Healer!”

If there is one person in your Old Testament who would have been justified to allow the thorn in his flesh to become a thorn in his spirit, it would have been Job. He was “perfect and upright.” He had seven sons, three daughters, and much substance: sheep, camels, donkeys, oxen. He was the greatest man in all of the East. However, his greatness did not provide him with exemption from tests and turmoil. By slaying his herds, his servants and his children, Satan delivered a thorn in Job’s flesh. This thorn caused him to fall to the ground and worship God, “…the LORD gave, and the LORD hath taken away; blessed be the name of the LORD” (Job 1:21).

In his worship, he was informing Satan, “You may touch my family, my spouse, turn my friends against me, take my substance, touch my body with boils, clutter my mind with questions, and remove all my possessions, but Satan, you’re not going to take this thorn in my flesh and put it in my spirit. Why? Because my spirit belongs to God!” That’s why Job could say, “But there is a spirit in man: and the inspiration of the Almighty giveth them understanding” (32:8). I will not give the thorn in the flesh access to my spirit. My inspiration comes from Almighty God!

If you’re going to survive the thorn in your flesh, you’ve got to be inspired by the Holy Ghost, God’s Word, and His presence. Only an afflicted person with a right spirit can pen these words: “Oh that my words were … graven with an iron pen and lead in the rock for ever … I know that my redeemer liveth” (Job 19:23-25).

In the end, God gave Job twice as much as he lost: the Lord doubled the number of his oxen, donkeys, sheep and camels (see Job 42). However, Job only received seven sons and three daughters. Logic would say, he should have received 14 sons and six daughters, but consider this: when an animal dies, it goes back to the dust, and that’s the end of story. But when Job’s children died, their spirits went back to God and IN HIM they’re still alive. The number of Job’s children indeed doubled: ten children in heaven, and ten children on earth.

You may not understand why a loved one passed away, but the good news is, death is not the end, it’s the beginning! “Many are the afflictions of the righteous: but the LORD delivereth him out of them all” (Psalms 34:19).

Last year, our church experienced the tragic loss of a young man named Logan Atkinson, who was killed in a car accident. Logan was 18 years old, a fourth generation member of our church. I had the privilege of dedicating him to the Lord, baptizing him in Jesus name and watching God fill him with the Holy Ghost.

As I walked into the morgue, wondering what I could say to his family, the Holy Ghost gave me these words: “Jesus Christ has always been the Author and the Finisher of your faith. You have trusted Him as the Author but today His question is, ‘Can you trust Me as the Finisher?’” I can attest to the fact that his family has not allowed the thorn in their flesh to become a thorn in their spirit. Jesus is the Finisher of their faith!

The story of the first martyr, Stephen, goes like this, “And they stoned Stephen, calling upon God, and saying, Lord Jesus, receive my spirit” (Acts 7:59). He trusted the Finisher of his faith and said, “Lay not this sin to their charge.”

There are going to be afflictions, but can you trust Him as the Author and the Finisher?  Make sure your spirit is always right. Don’t let the thorn in your flesh become a thorn in your spirit. You, too, will be able to say, “Lord Jesus, receive my spirit!”