Bro. Michael Wiltcher, tell us a little about yourself and your ministry.

I was ordained in 1976. I have pastored two home mission churches, one in North Carolina and one in Georgia. I have pastored in Bridgeport, Texas for the past 17 years. I am the author of the book, Ten Tests Every Christian Must Take, currently available through the Pentecostal Publishing House. My second book, Wolves Among Us—a survey of Preterism, is ready for publication. I am currently working on my third book, Kintsugi, The Broken Made Beautiful.

How are biblical end-time prophecy and Islamic Muslim terrorism interrelated?

Much of our biblical end-time prophecies focus upon the events leading up to and including the final seven years of Daniel’s Seventy Weeks. The rise of antichrist, the false prophet, and their seven-year treaty with Israel are among the precursors to the climactic battle at Megiddo between the antichrist and his prophet against Jesus Christ.

Islam has its own version of the end times, an antithesis of our Christian end-time views. Muslims believe that their Islamic messiah, or Mahdi, and his Jewish prophet will arise out of great world chaos and lead a federation of Islamic nations in conquering the world to establish Islamic peace with their twelfth caliphate. Islamic terrorists believe that they can force the appearance of their Mahdi and his prophet by creating enough chaos and bloodshed to satisfy their prophecies.

What are the seven similarities and differences between Biblical end-time events and current Islamic end-time teachings?

First, the Islamic Mahdi, or messiah, possesses a striking similarity to the Christian view of the antichrist. While Muslims regard our Bible as a corrupt book of lies, they do believe that Revelation 6:2 accurately speaks of their messiah. This Mahdi will be a political and military ruler that will “go forth conquering” over the entire earth, and will rule the world from the Temple Mount in Jerusalem. He will put to death every non-Islamic Jew and will force people to embrace Islam or face a beheading as described in the Quran. He will also change the laws and the times to fit the Islamic calendar of weeks and years (Source:  http://www.discoveringislam.org/end_of_time.htm).

Second, the Islamic Mahdi is accompanied by a Jewish prophet whom they call Isa, or Jesus, the son of Mary. While this Jesus is a perverted version of the Jesus in our Bible, he is eerily similar to the false prophet of Revelation 13. This Muslim Jesus will affirm the Mahdi as the chosen one and assist the Mahdi in the subjugation and conversion of the world unto Islam. He and the Mahdi will slay the “Jewish Deceiver” in a climactic battle in Israel. In Christian eschatology, the antichrist and his prophet are defeated and are cast into hell (Source:  http://www.discoveringislam.org/return_of_jesus.htm).

Third, Islam has an “antichrist” that they call the Dajjal or Deceiver. This Islamic “antichrist” will be a Jew who claims to be the Jesus of the Christian Bible and will come with his army to defend Israel. This Jesus will meet the Mahdi and Isa (Islamic Jesus) in a deciding battle and be defeated. In Christian eschatology, Christ defeats His enemies (Source:  http://www.discoveringislam.org/anti-christ.htm).

Fourth, Islamic prophecies state that the Mahdi will make three treaties with Rome (Christians) before signing the fourth treaty with the sons of Aaron (Israel). This treaty with the Jews is stated by Islamic prophecy to be for seven years, but will be broken, and Jews will be forced to convert to Islam or be put to death by beheading. This is eerily similar to the actions of the antichrist that also makes a seven-year covenant with Israel, only to break it, and change the worship in the Temple (Source:  Tabarani, as related by Hadrat Abu Umamah, as quoted by Zubair Ali, p. 43 and Abduallah, p. 55).

Fifth, Islam teaches that the number 666 is a holy number to be embraced. Keikhosrow Emami, editor of Universal Unity, wrote, “In accordance with God’s will, the 19-based mathematical miracle of the Quran will prove to the whole world that ‘The book is, without a doubt, a revelation from the Lord of the universe. The mathematical signature of our Creator, “19,” was one of the signs, and “666,” the book [Quran] that contains the “Message.” [The number] 666, it is indeed a glorious Quran, in a preserved master tablet.” Emami also claims that Satan is trying to undermine Allah’s mathematical miracle in the Christian book, The Revelation of Saint John, by giving it a curse rather than a blessing (Source:  http://universalunity.org/UU14.2.html).

Sixth, Muslims believe that the official beginning of the end times and the coming of the Mahdi will have occurred or will occur in 2015 or 2016. The coming of Isa, or Jesus, the son of Mary, will occur in 2022, according to Islamic prophecies (Source: http://www.discoveringislam.org/end_of_time.htm).

So, what lessons should we learn from these parallels? How should we view today’s Islamic terrorism?

We should recognize that every end-time prophecy in our Bible will be fulfilled exactly as the prophets of old have stated. It also should cause us to, at the very least, consider the possibility of the rebirthing of the Ottoman Empire as the vehicle by which the antichrist and false prophet enter the world stage.

No matter by which vehicle the antichrist enters, a revived Roman Empire or revived Ottoman Empire, acts of terrorism will greatly increase because Muslims believe it is their manifest destiny to bring about a one-world government and religion based upon Islam. They are filled with a terrible resolve to make it so (Source:  http://www.theatlantic.com/magazine/archive/2015/03/what-isis-really-wants/384980/). 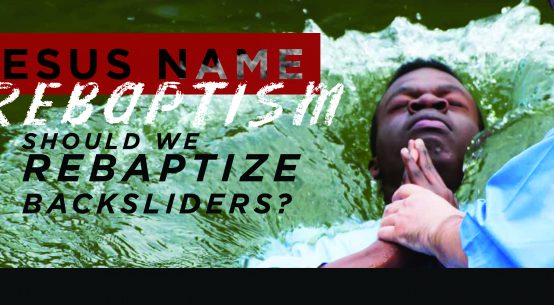 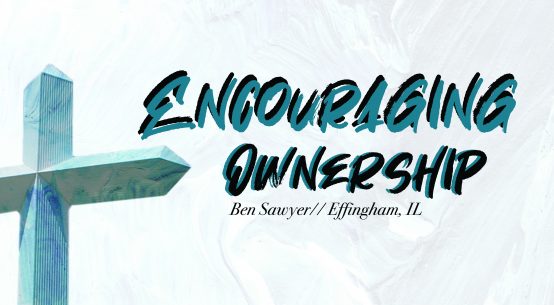