Jesus could have made wine from the sand. He could have just spoken the command, and wine would have appeared. Yet He wanted participation from those at the wedding party. “Fill the pots with water,” He said, and they did. God’s will is not automatic. I wish it were. If that were the case, none would be lost, for it is the will of God that all be saved. Only by responding to the Word can the will of God for one’s life transpire.

“Fill the water pots.” Consider the faith it took for those to obey this command. The scripture does not indicate how many people walked away from the miracle that was about to occur, simply because all the wine had been consumed. Yet for those who stayed, they were not only about to receive more wine, but they were about to view the Lord’s first miracle of His ministry—that of turning water into wine—and encounter a NOW experience of how faith works.

When one expresses, “God can,” it’s a matter of trust, not a matter of faith. To know that “God can” is not an expression of faith. To know anything is not an expression of faith. You don’t need faith with what you know. Abraham went out not knowing where he went. Rather, faith works in a present situation. “The just shall live by faith.” Since one cannot live in the past, faith won’t work. Since one does not live in the future, faith won’t work. Since one lives in the present, faith will only work in present situations. Trust is designed for the long haul, faith for the present.

Life’s struggles will leave you standing in the middle of NOW. Your future will seem so far away. It is at that moment that now-faith works for you.

Now-faith releases a protective anointing about you. The three Hebrew children were not delivered from the fiery furnace, but they were delivered from what the fire could do, because of the protective anointing now-faith delivers. The scripture declares not a hair on their heads was burned. It may not protect from the fiery darts of the evil one, but now-faith can certainly protect from the spiritual damage intended.

The mother of Jesus said, “Just do what He tells you to do NOW.” At the point of obedience, faith works. A farmer cannot raise corn; he can only plant corn. His responsibility is to plant the seed. Surfers can’t make the waves; they can only ride them when they come in. We can’t do the works of God; we can only do what He says to do.

While starting a home missions work several years ago, my wife and I attended a home missions convention. The offering was taken and the Lord told me to give in the offering. I said, “Lord, all I have is $2.” I heard the Lord say to me, “That’s all I ask for.” Wow! At that now-moment the Lord taught me that He would never ask for what I don’t have nor ask for what I can’t do. The results of that small lesson led to great results. God’s provisions will always follow God’s assignments. One can miss God’s divine provisions by failing to act in NOW faith. Turning your car lights on in the parking lot of the church won’t light up the complete route to your home, but if you will drive as far as you can see, only then can you see further.

Too much of a child-of-God’s struggles are found in what God did not ask us to do. God has never and never will ask you to do the big stuff. God’s blessings will flow to you when you allow God’s blessings to flow through you.

Sometimes what you have does not seem to match what God has asked you to do. Now that is for a reason. “And she said, As the LORD thy God liveth, I have not a cake, but an handful of meal in a barrel, and a little oil in a cruse: and, behold, I am gathering two sticks, that I may go in and dress it for me and my son, that we may eat it, and die” (1 Kings 17:12). But she obeyed God; she did what the man of God told her to do, with almost nothing, and the barrel of meal was not used up. This meant every time this widow lady went to the barrel of meal, she found enough for supper. She may have had to reach down to the bottom of the barrel for the flour, but my question is this: What difference does it make if God supplies from the top of the barrel or from the bottom of the barrel, if He is the source? The answer is, none at all. We feel better if what we do for the Lord comes from the overflow, but most of the time God provides from the underflow.

A retired missionary shared with me his experience of expressing to the Lord of all he needed and what he did not have since coming home after serving for many years in a foreign land. As he was praying and telling God all that he did not have, the Lord stopped him, called his name, and said to him, “I have heard about what you don’t have, but I have a question. Do you lack anything?” The early church was powerful not because of what they had, but rather because they lacked nothing!

Now-faith will reveal to you God’s source. Malachi 3:10 reads, “Bring ye all the tithes into the storehouse,” [that’s the place where God’s blessings are stored] “that there may be meat in mine house, and prove me now [prove Me now, now NOW!] herewith, saith the LORD of hosts, if I will not open you the windows of heaven, and pour you out a blessing, that there shall not be room enough to receive it.”

I am of the opinion that the blessing (singular) God pours out is the blessing of the revelation that God is our source, at the point of obedience. We need the revelation, or blessing, that money does not come from where you work but through where you work. All the silver and gold belongs to Him. Children do not come from parents, they come through parents. When you get the revelation that God is your source, and that you can’t provide a place for His provisions, your heart will open up to His command to act NOW. We are the channel for His blessings to flow through us, not a container.

There was a reason Israel lived in tents, and the tabernacle was made to move about. When God speaks, it’s time to pick up and go. God has always spoken in the NOW. Usually those who are waiting for God to bless them so that they can be a blessing, never or seldom do anything for the Lord. We can miss what God is doing NOW while preparing for a move of God tomorrow. The beauty of a journey isn’t found in where we have been or where we are going but rather in the moment.

I sometimes wonder how many more churches there would be if men would have responded to the NOW call. How many miracles pass us by because we fail to respond to the miracle of NOW faith. Any preacher will tell you the greatest memories of their ministry were when God’s people responded to NOW faith.

In 55 years of ministry, I have seen more done with nothing than with something. Perhaps the work that God has called us to do would benefit greatly by returning to NOW faith.

Your divine assignment will reveal your sufferings. Paul declared that he had suffered much for the gospel sake. If we have no suffering, we have no assignment. Tears alone do not move God. Desperation does not intimidate God. Manipulation does not control God. Education does not influence God. Faith is the only method that impresses God to activate miracles.

The moment will come when God will show you your assignment for your future. At that moment it will seem so big that your present situation will seem too small to accomplish it. At that moment God will use the vision of your future to inspire your NOW faith, which in the end, will bring all glory to Him. 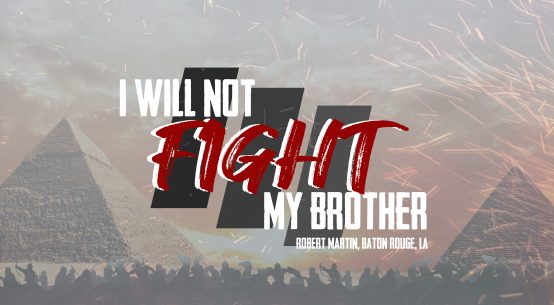 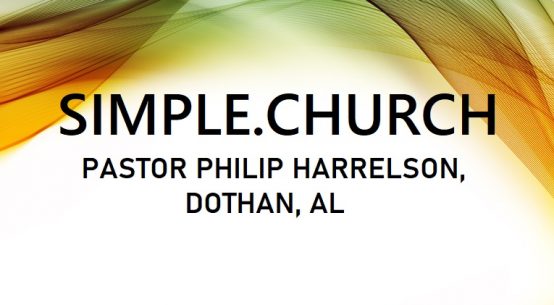