Guests find Life Covenant Sanctuary of Bradenton, Fla. to be vibrantly alive in worship and the Word. The aim and goal of Pastor Dale Eason and the church body is to enrich the lives of those seeking an encounter with Jesus Christ, by exposing them to God’s presence and glory.

Life Covenant Sanctuary is a thriving revival-minded church with a vision for growth and stability in this troubled world.

“Without a vision, the people perish is a call to men who dare to dream and see godly visions of the future,” said Pastor Eason. “My grandfather, Rev. B. D. Drake, was such a man. His ministry set in motion a church that would stand the test of time and weather many storms. The strength of a church isn’t necessarily measured by numbers, but should be judged by its staying power.

“My grandfather moved his heart, his home and his family to the city of Bradenton to begin a work for the Lord as a pioneer home missionary in 1960. He brought stability to this city, and developed a Rock that people could anchor their lives to. His decision to reach this city was not in vain. He planted a church, and God gave the increase. Under his leadership many were baptized in the precious name of Jesus, and many were filled with the Holy Ghost. Also, several churches were established in neighboring cities by men who sat under his leadership. Eternity alone can testify of the impact made by Rev. B.D. Drake in the state of Florida and around the world.

“The first convert in this city was my dad, Rev. Ben H. Eason, who later married the preacher’s daughter Connie, my mother. They assisted Pastor Drake for 32 years.

“My parents assumed the pastorate in 1993, and went on to pastor the assembly for almost 10 years. Both these men will forever be interwoven in the lives of the people who came to the knowledge of the mighty God in Christ in the city of Bradenton through their ministry.” The Mantle is Passed
The mantle of Apostolic truth passed from his grandfather to his father, and now Bro. Dale G. Eason, 42 years later, passionately communicates the vision that God has given him for the city of Bradenton.

“My wife, Patricia, and I assisted my father for eight years after marriage, and then we assumed the pastorate in 2001,” he explained. “I am the third generation to pastor this church, and God’s blessings are rich. Following our installation as pastor, we were blessed in the first service to see eight souls filled with the Holy Ghost. This resulted in revival breaking out with over 65 souls added to the church in the first six months alone.”

The church body feels that it was Pastor Dale Eason’s unquenchable enthusiasm and confidence in God that led the Pentecostals of Bradenton into Life Covenant Sanctuary. The church now celebrates 56 years in the city of Bradenton.

Early Church History
“My grandfather bought a two-story house when they came to the city,” said Pastor Eason. “They lived upstairs and had services downstairs. In only three years, they were able to buy land and build a building. When I became pastor, we were left with only 1.1 acres with no room to expand. We sold the building and purchased five acres to build our current building on.” According to Pastor Eason, building resilient, stable relationships and strong families is crucial to the health and well-being of society. “It is the most important key to having a growing church,” he said. “Life Covenant Sanctuary wants to make visitors and guests fall in love with our church. We want to establish a family-friendly atmosphere that people do not want to leave. We want people that walk through our doors to feel welcome.

“Along with building and strengthening families, I believe a revival-minded pastor should place his priorities in the realm of evangelism. We are in the people business. I try to leave the platform immediately following service to connect with as many people as I possibly can, because I realize that people don’t care about how much I know, until they know how much I care.

“The growth ministries and methods that have worked best in our church are teaching home Bible studies. We have been very successful in creating relationships with people by teaching them one-on-one Bible studies. And because we have so many converts the process just multiplies itself.”

For evangelism, Life Covenant Sanctuary has introduced care groups called In-reach. “This ministry is designed to go from house to house with fellowship opportunities in different regions of our city,” explained Pastor Eason. “Our goal is to keep church people connected via small groups. We do this on an off night generally once a month. It has evolved into a soul winning effort. People are inviting coworkers and family members that are not in church, and we are getting opportunities to affect lives of people by fellowship.

“We plan annual evangelism events that have brought good results. Easter is one, and we have also been very successful with our annual Friend Day and All Nations Sunday. As with Easter, we cancel the Sunday evening services to have a picnic. We rent a local park that has ball fields and playgrounds for families. It is common for us to have more people show up at the picnic than we even have at the service. We use that opportunity to get out into the community, and meet and reach people. The park is in the center of one of our major communities. These events have proven to build attendance. We always make great contacts and get Bible studies through these efforts.” Life Covenant Sanctuary is blessed with a variety of ministries. “For our department leaders, I give verbal job descriptions,” said Pastor Eason. “With a volunteer staff we have found meeting times hard to coordinate, so I meet with the leaders individually once per quarter. For yearly planning, we have a master calendar that they submit request forms to fill out.

Current Facility
According to Pastor Eason, the church built a 17,000-square-foot building through Omega Builders about seven years ago. “It is beautifully designed with classrooms that surround a main sanctuary,” he said. “Originally we could seat about 350, but after four years we outgrew that space. We added a balcony to bring our current seating to around 500.

“We sold our old building twice. We thought we would be displaced during construction, but after the original deal fell through, the new owners decided to lease back to us. We actually moved from our old building directly into our new one. It was quite a blessing.

“We have plans to continue with our expansion. We currently have plans to add close to 5,000 square feet for a multipurpose area that will house our children’s church on Wednesdays and Youth on Fridays.”
Expanding and Growing

“As for our current rate of growth, we have maintained about 10-15 percent growth for the last several years running,” said Pastor Eason. “We have averaged about 75 conversions per year. When we moved in to our new facility seven years ago, our attendance was 152 on Sunday mornings and about 40 in our Spanish service. We have steadily increased to nearly 350 every week, with 120 in our Sunday afternoon Spanish service. So on any given weekend we can have nearly 500 in attendance in our two Sunday morning services.

“We have Spanish ministry, but it isn’t a separate church. One church, one vision. To us, Spanish ministry is like youth ministry. It becomes a sub-culture in our church. Last Sunday on our annual Friend Day, we had 464 in attendance. Last Easter we had 521. It is nice when everyone shows up at the same time.” “I was blessed to be raised in church,” said Pastor Eason. “I received the Holy Ghost at 10 years old. I first felt a call into the ministry at 18 years of age, and attended Jackson College of Ministries. I began my ministry at age 20 and preached my first sermon in Bradenton. The men that influenced my ministry the most have been my grandfather, my father, and many men in district and national leadership.

“When we took the church in November of 2001, the average attendance was around 80 people. We started changing the culture of the church from maintenance mode to growth mode, by casting a vision and teaching Bible studies. God gave us a tremendous revival. We saw around 65 people filled with the Holy Ghost in six months. We basically outgrew our building in the first two years, then spent five years developing a plan to build and move.

“I would say that the ‘focus’ of my ministry is to have a multicultural ministry. The deep, guiding ideologies that give my ministry direction and purpose would have to be on this principle — to pastor without fear or favor.”

Bro. and Sis. Eason have three children: Alisha, 20, Adrianna, 17, and Anthony, 12. From leading worship, to children’s ministry, to outreach and beyond, the entire Eason family is involved in ministry. “My wife and my children are an integral part of my success,” he said. “We are an incredible team — one that balances family, fun and spiritual activity. I could not do this without them.” 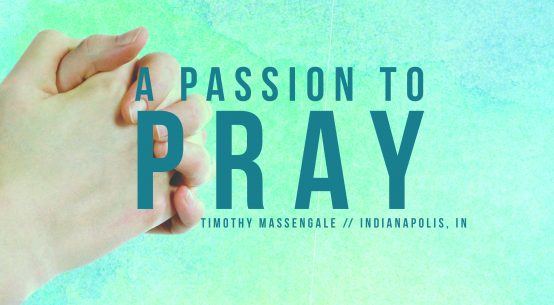 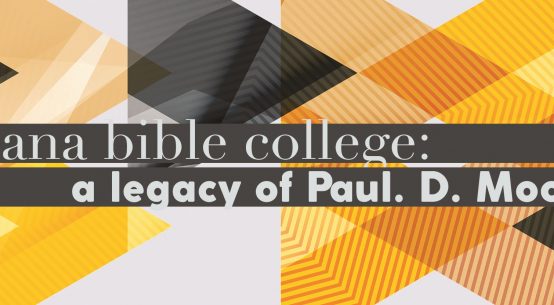