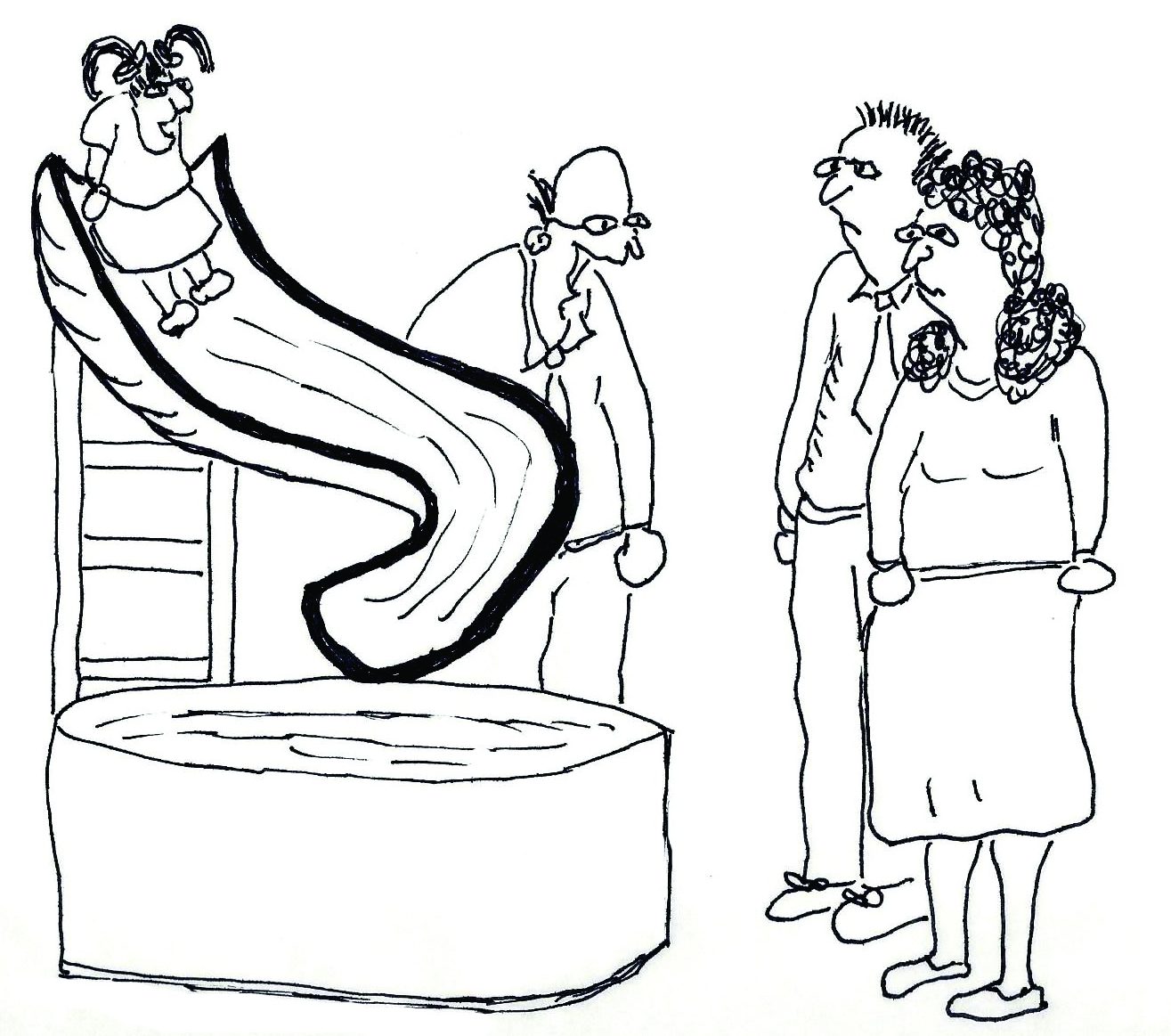 The priest said, “Sister, this is a silent monastery. You are welcome here as long as you like, but you may not speak until directed to do so.”

Sister Mary said, “Hard bed.” “I’m sorry to hear that,” the priest said, “We will get you a better bed.”

After another five years, Sister Mary was summoned by the priest: “You may say another two words, Sister Mary.”

“Cold food,” said Sister Mary, and the priest assured her that the food would be better in the future.

On her 15th anniversary at the monastery, the priest again called Sister Mary in to his office. “You may say two words today.”

“I quit,” said Sister Mary. “It’s probably best,” said the priest, “You’ve done nothing but complain since you got here.”

A group of women were at a seminar on how to live in a loving relationship with their husbands.

The women were asked, “How many of you love your husband?” All the women raised their hands.

Then they were asked, “When was the last time you told your husband you loved him?”

The women were then told to take out their cell phones and text their husband – “I love you, Sweetheart”

Next the women were instructed to exchange phones with one another and read aloud the text message they received in response to their message.

Below are 12 hilarious replies. If you have been married for quite a while, you understand that these replies are a sign of true love. Who else would reply in such a succinct and honest way?

~ I don’t understand what you mean?

~ Don’t beat about the bush, just tell me how much you need?

“Nice try, but Disneyland is not a foreign country.”

I ate a salad for lunch today! Well, mostly croutons and tomatoes. Actually one big round crouton and tomato sauce. And cheese. FINE! It was a pizza. I ate a pizza for lunch!

“It makes baptisms a lot more fun for everyone.”

A husband has to go away on a business trip. His wife is about to deliver a set of twins. Sure enough, she goes into labor the minute his plane takes off. So his brother takes her to the hospital. She has a rough labor and it takes a long time to recover her communication skills.

But the hospital needs names for the babies before they can release them from the hospital. So it’s up to the new uncle (who is known to be quite a prankster) to name them.

When the husband finally comes home, he is a bit worried about what his brother named his children. So he carefully asks his wife their names.

She replied, “Well, he named our daughter Denise.”

“I know, but he named your son Denephew!”

The teacher was giving her class of seven-year-olds a natural history lesson.

“Worker ants,” she told them, “can carry pieces of food five times their own weight. What do you conclude from that?”

One child was ready with the answer: “They don’t have a union.”