As pastors, we must relinquish a position as a sovereign controller for the sake of growth and development of God’s kingdom in the earth. Acting as a supreme ruler over the body of Christ and referring to that body as “my church” can come from one’s upbringing or maybe the way a person manages his household. This kind of leader reads I Timothy 3:5 that says, “(For if a man know not how to rule his own house, how shall he take care of the church of God?)” and becomes like a commander-in-chief of the home. He may take a military approach over his family, always sitting at the helm with the final say in all matters. This type of approach doesn’t produce respect but rather fear. It also produces a family that does not think for themselves and will always be dependent upon others to make their decisions. This type of leader wants his followers to become totally reliant upon him. Sadly, this individual is very self-centered and, in time, many of his followers will either move on or remain as weak, underdeveloped individuals. These types of environments are where cults find their beginnings.

I believe in strong leadership and the Bible’s admonishment to rule our homes well, but we must understand the most basic principle that behavior is the greatest teacher. We lead by example and instruction, nurturing our children’s ability or followers’ ability to think for themselves. We teach them to exercise the creativity and cognitive skills given to them by God. This prepares them for the life ahead when we as mentors and teachers are no longer present. There is a stark contrast between those who watched, listened and learned, so they could make their own decisions and those who seem helpless and depend solely on others. The latter ones choose rather to stand still and just exist, not knowing what to do. Some of these “leaders” will draw the type of followers who feed their desperate need to be needed. They might browbeat these individuals into believing they can’t live without this type of leadership. They may even make statements like, “If you leave here, you’ll never make it.” But pastors are under-shepherds. Christ is the true Shepherd and Bishop of our souls. I Peter 5:1-4 says, “The elders which are among you I exhort, who am also an elder, and a witness of the sufferings of Christ, and also a partaker of the glory that shall be revealed. Feed the flock of God which is among you, taking the oversight thereof, not by constraint, but willingly; not for filthy lucre, but of a ready mind; Neither as being lords over God’s heritage, but being examples to the flock. And when the chief Shepherd shall appear, ye shall receive a crown of glory that fadeth not away.”

Some may call it their management or leadership style, while others might refer to it as strong leadership or hands-on leadership. They are in charge and sit at the top. They alone have all authority and special gifting to do so. This pastor sees potential leaders around him, but they will always be in training to become leaders. They will always be referred to as “potential.” Their only option is to leave and become self-proclaimed rulers over their own kingdom, and the cycle begins all over again: a breeding ground for mini-kingdoms. These mini-kingdoms stagnate and facilitate very little true leadership-based development, and other mini-kingdoms nearby are seen as threats. A developing leader under this type of leadership realizes his own potential but sees no room or outlet to exercise it. His own lust for power will cause him to look elsewhere. He’s been told, “When you develop as a leader, you can become like me.” That developing leader soon realizes he is a threat to the reigning supreme leader, and the mini-kingdom concept is perpetuated once again.

When James and John came seeking positions in the chief seats in the kingdom to come, Mark 10:42-45 gives us Jesus’ answer: “But Jesus called them to him, and saith unto them, Ye know that they which are accounted to rule over the Gentiles exercise lordship over them; and their great ones exercise authority upon them. But so shall it not be among you: but whosoever will be great among you shall be your minister: and whosoever of you will be the chiefest, shall be servant of all. For even the Son of man came not to be ministered unto, but to minister, and to give his life a ransom for many.” Even with this direct teaching of Christ, we can be confused with its application in our own lives and ministry. Feeling totally in charge and standing in front can become desirable and feed the ego of a leader, since from a child we have been taught to be the boss. The idea of being a leader from a carnal standpoint is to be in charge. This perception is false from a biblical standpoint, and Jesus poured cold water on it by saying, “But so shall it not be among you.” Leadership is servanthood, and a bishop or pastor should facilitate the development of others, giving up personal goals and ambitions, therefore abdicating the throne. No man has it all, and God has placed His gifts and callings upon members of His body by His choosing. I Corinthians 12:18: “But now hath God set the members every one of them in the body, as it hath pleased him.”

God assembles the body, and He is building His church. There can be so much distance between the pulpit and the pew that there can be no hope of seeing a strong, wide base of leadership develop or even be acknowledged. The leader must be secure in himself and not view potential leaders as a threat. Responsibility must be given liberally, even with the opportunity to fail. Failing under your covering of protection is a good thing. Independent of that covering can be catastrophic. When a leader abdicates the throne from his heart and develops others, respect for him will grow, and his leaders will be loyal. You live in a glass house. The mini-kingdom concept puts you directly in the sights of the enemy as a target. Smite the shepherd, and the sheep will scatter. Many in large congregations, built around the personality and leadership of one man, did not and do not survive. With a genuine leadership team, the enemy is limited in his ability to offset the body by attacking just one leader. There is a fortifying effect. It is up to you, because you hold the key.

In the areas of accountability, submission and subjection, it is more than just attending a regional meeting of an elected official or the giving of an offering. Leadership comes down to personal integrity and honesty. It goes much deeper than patronizing our peers. The Bible teaches the principle of submitting ourselves and being subject to one another. Obedience is not submission. You can be obedient but not be submitted.

Offices and positions are to provide function. I am privileged to serve in the recognized office of a bishop, but this direction did not originate with me. Other divinely appointed men God brought into my life admonished me that I needed to be ordained as bishop by another bishop. It was they who acknowledged the calling of the office, not me. I pastored New Life Pentecostal Church in Puyallup, Washington when Bishop Chester Wright ordained me in a meeting. Today we are two congregations in the state of Washington. At last count, there were 12 ministry leaders who are a part of our developing team that continues to grow and can minister in any of our congregations. Although these men could easily lead a work of their own, they enjoy many opportunities within our structure of leadership and do not feel they are working in my shadow. In fact, I limit my presence and presentation to ensure this. We have a mutual respect without any competition. Their presence should become stronger as my presence shifts to behind the scenes, ensuring strength to the congregations. John the Baptist said it best, “He must increase, but I must decrease.” Many are the men who hold on until the bitter end, contending for their position to remain in control. My prayer is that God will give us wisdom and understanding so we may serve His kingdom well. “God, for the sake of YOUR kingdom, let us be willing to abdicate the throne.”

Bishop Larry Schoonover and his wife, Delia, have served on the ministry team of Life Church in Puyallup, Washington for more than 20 years, and they are thrilled that their three daughters and husbands are all involved in ministry. The Schoonovers have a strong passion for personal evangelism. Traveling between two congregations and two other ministry points throughout the state of Washington, their lives continue to be busy. They have traveled to multiple countries for speaking engagements at various conferences and prayer services. 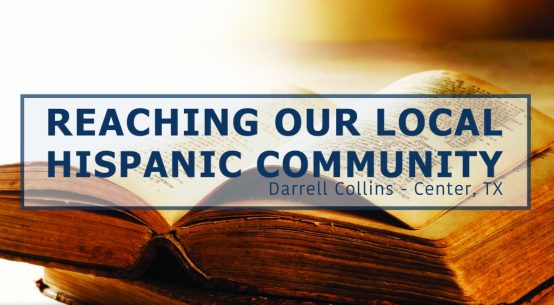 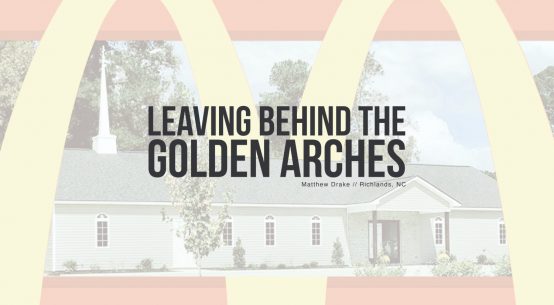