Bro. Arlo Moehlenpah, tell us a little bit about yourself and your ministry.

I have a Doctorate in Chemical Engineering from Washington University. I also graduated from Apostolic Bible Institute in Theology. I have pastored several churches, served in several district positions and also taught extensively at our Bible colleges (Gateway College of Evangelism, Conquerors Bible College, Christian Life College, Apostolic Bible Institute) for 44 years. I authored Teaching with Variety, Creation versus Evolution: Scientific and Religious Considerations and Master Your Money or It Will Master You. I also conduct Creation versus Evolution and Teacher Training seminars. Finally, I oversee a very active web site:  www.doinggood.org.

Does the Bible contradict science or support science?

Whereas the Bible is not a textbook of science it does not contradict true science. A typical definition of science is that it is a branch of study concerned with observation and classification of facts, especially with the establishment of verifiable general laws, chiefly by induction and hypothesis. Evolution has never been observed, repeated, verified nor has an experiment ever been performed where life came from non-life. Thus, evolution is not scientific.

Where did the theory of evolution come from and why is it pushed so hard in schools and colleges?

Charles Darwin (1809-1882) popularized evolution with the publication of his book in 1859 The Origin of the Species by Means of Natural Selection or the Preservation of Favored Races in the Struggle for Life. At one time Darwin studied theology. Evolution is an attempt to explain how we got here without a Creator, who has a right to set the rules for His Creation. Creation is not popular with evolutionists who control many of the schools and colleges. Jesus said “men loved darkness rather than light . . . ” They will not allow Christianity to be taught but they allow evolution, which is a religion also. It takes faith to believe in Creation but even more faith to believe in evolution.

What are some of the most striking errors found in evolution?

The theory of evolution contradicts scientific laws such as the law of biogenesis, the law of kinds and the second law of thermodynamics. The law of biogenesis is that life can only come from other life. Life does not spring from non-living things. This is what we observe and what the Bible teaches in Genesis 1, where various forms of life were created to reproduce. Perhaps the most difficult problem that evolutionists face is the question of how self-replicating life systems could form from non-living, non-replicating systems.

The law of kinds is that life reproduces after its own kind. The phrase “after his kind” is used at least ten times in the creation account (Genesis 1:11, 12, 21, 24, 25). This applies to both the plant and the animal kingdoms. Specifically mentioned are grasses, herbs, trees, fishes, birds, beasts and creeping things. This means pear trees produce pears and not apples or apricots. Cows have calves and horses beget colts. In other words, “like produces like.” The theory of evolution contradicts the “law of kinds” by saying that one kind of creature evolved into another kind.

The second law of thermodynamics shows that systems left to themselves go to a condition of greater disorder, probability and randomness. Hurricanes do not build buildings. Explosions in junkyards do not build airplanes. Earthquakes do not create living systems. Systems go from order to disorder. This contradicts evolutionary theory, which assumes that disordered particles eventually evolved to form ordered life. The second law of thermodynamics also contradicts the idea that a Big Bang Explosion could have produced an ordered universe. For an ordered pattern to occur, there must be a designer and energy. The orderliness of the universe and the complexity of living organisms confirm the work of a divine Creator. Our ordered universe could not have developed from chaos. There are no exceptions to the second law of thermodynamics.

Evolutionists assume that the earth is very old. If you ask an evolutionist if they ever observed life evolve they probably would say that it occurs too slowly to observe. Therefore, they claim the universe and the earth are billions of years old without any scientific evidence. Most do not know the assumptions involved in radio metric dating nor are they mentioning the huge errors that have been made on samples of rocks and animals using these techniques. Population statistics also confirm a young earth.

To achieve our present population starting with eight people 4,500 years ago would require the population to double approximately once every 150 years. The population of the earth is presently increasing at over three times this rate. But assuming the slower rate, if man had been here even 10,000 years we would have over 4,000 people per square foot. On this square foot we would also have to have all the animals, trees, buildings, etc.

Why is it important that pastors not be afraid to teach this subject to their churches?

It has been said that more people have lost their faith in God and the Bible due to the teaching of evolution than any other doctrine. The ones they pastor need to know that evolution is not scientific, contradicts scientific laws and is not mathematically probable. Also they need to know what the Bible teaches regarding Creation. Science cannot answer origin questions because the origin of the earth and life are not observable. The way one answers origin questions is to ask the One who was there or read the writings He inspired.

You recently wrote a book, why did you write it and what topics do you cover?

I wrote the book Creation versus Evolution: Scientific and Religious Considerations because I could not find any other book that covered all of the subjects that I felt needed to be taught. Some of the subjects include Science vs. Science Falsely So-Called, Bible Answers Regarding Creation, The Flood, Ark, and Formation of Mountains, Theories of Evolution, Scientific Laws Which Contradict Evolution, and Why I Believe in Six Literal Days of Creation.

Do you offer seminars on this subject and how do we order your books?

Yes, I teach a variety of seminars. My books can be ordered from www.DoingGood.org or from the Pentecostal Publishing House. 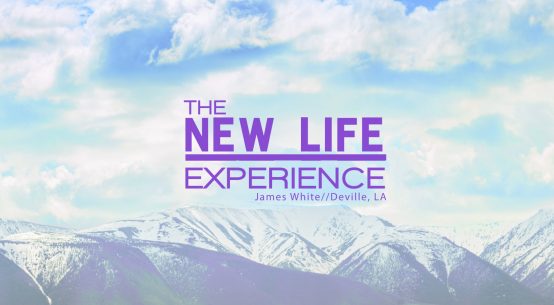